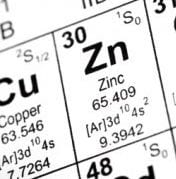 With all of the recent attention given to methylation status, gene mutations, MTHFR, and the associated neurological and mental/behavioral disorders that may ensue, zinc and copper status remains a pivotal ratio in these regards.

While zinc toxicity and copper deficiency are possible, the subject of this article is on the more common imbalance: copper toxicity and zinc deficiency.

The Physiological Roles Of Zinc & Copper

Zinc and copper are antagonists. The balance between these two trace elements is an example of the effects of biological dualism. While zinc toxicity is possible, far more common is zinc deficiency and copper toxicity. Both zinc and copper play essential roles in the body, and there can be a number of causes for why imbalances ensue.

It may be easier to identify the roles that zinc doesn’t play in the body, than the roles it does play. Zinc is an essential trace element that activates several hundred enzymatic reactions. These reactions are fundamental to life and biological activity. Some of the activities that zinc are involved in:

Copper is an essential trace element serving many important functions as well. However, copper is well documented to induce several toxic effects in the body, when elevated. Because copper is a pro-oxidant when free and unbound, it can quickly generate free radicals.

The major sources for copper toxicity are: exposure to industrial forms of copper such as copper pipes, copper cookware, birth control, exposure to copper-based fungicides. Diets high in copper and low in zinc may play a role in copper toxicity. Pyrrole disorder, which causes depletion of zinc, may result in elevated levels of copper.

Some of the essential roles copper plays in the body:

Perhaps one of the first reports that zinc and copper imbalances play a role in human health and disease was their detection in mental disorders made by Carl Pfeiffer, MD, PhD. Dr. Pfeiffer identified a condition known as pyrrole disorder, sometimes referred to as pyrroluria or “mauve factor”.

As it turns out, pyrrole disorder is a major biochemical imbalance in many people with chronic illnesses such as chronic Lyme disease, autism, schizophrenia, depression, bi-polar, and chronic fatigue syndrome. Pyrroles are a byproduct of hemoglobin synthesis. Apparently, some individuals are more predisposed towards producing higher amounts of pyrroles. When pyrroles are excessive, they irreversibly bind to zinc and vitamin B6, causing their excretion. Consequently, it is common that once zinc levels become depleted, copper levels tend to rise.

Problems associated with copper toxicity include: pyrrole disorder, estrogen dominance, schizophrenia, depression, anxiety disorder, chronic fatigue, migraines, liver toxicity, thyroid conditions, chronic candida yeast infections, PMS, to name a few. Some research has even implicated copper toxicity with Alzheimer’s Disease and with cardiovascular disease. Perhaps one of the primary mechanisms through which copper toxicity can damage tissues is through its initiation of oxidative stress and free radical formation. Free copper ions that are not bound to copper proteins such as ceruloplasmin, are pro-oxidants, and are highly reactive.

Empirical research from clinicians, indicates that there are different types of copper imbalances. For example, if there is a lot of free, unbound copper present, this may cause a situation of nutritive copper deficiency. Another copper imbalance is when high pyrroles depress zinc levels, and copper levels concomintantly rise. If high pyrroles are present, B6 will also be lost in high amounts. In a general but very real sense, all forms of copper excess will affect zinc status, due to the dualistic nature of zinc and copper.

It has been known for many years that copper can cause a rise in estrogen, and conversely estrogen may raise copper. Estrogen dominance has been extensively studied in its role in breast cancer development. One possible, critical role that can cause estrogen to become carcinogenic, is through its oxidation induced by copper. Once oxidized, estrogen forms volatile hydroxyl radicals and the associated DNA damage and “mutagenesis”.

As mentioned previously, pyrrole disorder will directly depress zinc status, causing high levels of its excretion. When zinc is lost, copper rises. Because of their essential roles in neurotransmitter synthesis, low zinc and high copper levels can directly effect cognition, behavior and thought processes. Zinc has been studied in biochemical reactions involving calcium-driven, synaptic neurotransmission, as well as in glutamate/GABA balance and with limbic brain function.

Zinc is essential for steroidal hormone synthesis, and is a well known catalyst for testosterone synthesis, as well as leutinizing hormone. Zinc has demonstrated its ability to prevent miscarriage and toxicity during pregnancy. The male prostate gland reportedly contains the highest concentration of zinc in the body.

Much attention has been given to excitotoxicity, such as the effects induced by MSG (monosodium glutamtate). Excess stimulation of the excitatory neurotransmitter glutamate, may cause severe physical and psychological reactions in certain individuals. Zinc has been studied for its ability to enhance GABA (glutamate’s antagonistic neurotransmitter) activity and to suppress excess glutamate.

Studies on mice demonstrated that when depleted of zinc for two weeks, the mice developed seizures, most likely due to GABA deficiencies and glutamate excess.

There is an emerging body of evidence that demonstrates that Alzheimer’s disease may involve copper toxicity and zinc deficiency. Not only can excess copper cause zinc depletion, but so can excess lead.

What are the best methods for testing zinc and copper? The jury is still out on this one. However, it seems that if zinc status in serum or plasma is tested, the same should be performed on copper values. Additionally, reliance upon laboratory reference ranges has very limited value, due to the fact that reference ranges are derived from statistical averages, and not necessarily optimum functioning levels.

RBC (red blood cell) measurements of minerals is believed to be a very accurate indicator of the cells’ carrying capacity of a particular nutrient.

Hair Tissue Mineral Analysis (HTMA) is a valid way to monitor zinc and copper activity. According to clinical observations made by William Walsh, PhD, when HTMA zinc levels are depressed, they correlate very well with low plasma levels. According to Walsh, and other clinicians, elevated HTMA levels of zinc may also indicate a problem, due to excess zinc leaving the body. Although it is my opinion that serum or plasma values should be concomitantly tested, especially if there is reason to suspect a zinc/copper imbalance, such as in the case of pyrrole disorder, chronic fatigue, lyme disease, a behavioral disorder or mental illness.