What Toxic Metals & Chemicals Are In Your Water? 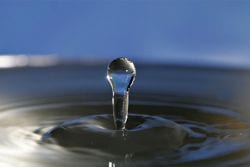 Municipal tap water tends to be loaded with toxic particulate. This can range from heavy metals like lead and mercury to volatile chemicals such as sodium fluoride, bromine and chlorine. Recently I detected significant amounts of copper in my water.

Copper being a nutritive mineral has no place in water, as industrial sources of copper are toxic to the body. This could be from eroding copper pipes or from contaminated water sheds or waterways. Many people have declared copper toxicity to be a hidden epidemic. High levels of copper has a toxic effect and can deplete the body of zinc, vitamin c and several other nutrients.

Another mineral found in water is manganese. Manganese is a nutritive trace mineral, but like copper, manganese has toxic effects when found in high amounts. “Manganese madness” was once very common among prison inmates who had manganese toxicity. Manganese toxicity can result in neurological symptoms, schizophrenia, and criminal behavior. Well water is a common source of high levels of manganese.

Municipal tap water is chemically treated. Most cities in the U.S. fluoridate their water. This ridiculous and toxic process began shortly after the U.S. military began mining for uranium during the second world war. Sodium fluoride was pushed as necessary for health. It is based upon total lies. Sodium fluoride is a volatile and toxic chemical, once used as rat poison.

Unfortunately it is very difficult to remove fluoride from water. The most effective way is through reverse osmosis.

Chlorine is another chemical added to tap water for purposes of sterilization. It too is toxic to the body,

The best ways to remove toxic particulate from water is through reverse osmosis filtration. RO filters are effective at removing 80% of fluoride and most if not all chemicals and metals.

Cells have the ability to detoxify. When there is energy produced, there is waste that is generated. The body eliminates this waste through the feces, the urine, the breath, the sweat and the hair.