Want Health? Get Control of Your Blood Sugar 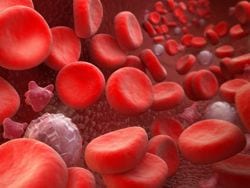 The body’s ability to produce energy efficiently is the centerpiece of health. Maintaining optimum blood sugar is one of the pillars that makes the body’s simplex of systems run properly. The incidence of de-regulated blood sugar is one of the core issues surrounding many modern diseases. Hyperglycemia and hypoglycemia both result when there is inadequate and insufficient energy production at the cellular level. Numerous health conditions can ensue from these two imbalances including: Type 2 Diabetes, Syndrome X, thiamine (vitamin B-1) deficiency, liver congestion, obesity, cardiovascular disease, hypothyroid and hypoadrenal function.

The human diet evolved from more of a feast and famine type of diet. Humans traditionally had to go longer periods of time subsisting on minimal amounts of food, and this is evident in the fact that the body has developed approximately 7 mechanisms to raise blood sugar, but only 1 mechanism to lower it.

To raise blood sugar, the body can use glucagon, adrenaline, cortisol, thyroxine, growth hormone, ACTH and somatostatin. The only way the body can lower glucose is through insulin. The primary problem with chronically elevated glucose is that if over-exposed to insulin, the cells become resistant to insulin, leaving high amounts of sugar in the blood. If the body had other ways besides insulin to lower glucose, then the diabetes epidemic would not exist.

The real problem however lies in the factors that cause glucose to be continuously mobilized into the bloodstream. Diet is a primary one, but so is the chronic stress response.

Conventional dietary advice recommended by the allopathic mainstream is a primary cause of diabetes, and does nothing to correct the insulin resistance that is causative. Conventional nutrition often times results in the release of excess insulin, increasing upon the actual cause of dysfunction! Intelligent dietary intervention that addresses individual metabolism can prevent and in most cases reverse hyper and hypoglycemic tendencies. This is because eating compatibly for one’s type of metabolism improves the functionality of the mechanisms that regulate glucose homeostasis, chiefly: insulin, glucagon and glycogen.

The important point to grasp is that the correction of the underlying metabolic imbalances is not a one size fits all approach, but rather must be tailored to each person’s unique metabolic tendencies. I see all of the time how a high protein, high fat, low carb diet works beautifully for one person and horribly for someone else.

All blood sugar regulation is controlled by hormones. Besides the pancreatic hormones insulin and glucagon, there are a number of other hormones that regulate blood sugar. As mentioned earlier, the chronic stress response can be a primary cause of de-regulated blood sugar. Consider that when the body endures a stressor, the sympathetic nervous system signals the release of hormones to combat the stress. Cortisol and adrenaline, which are produced by the adrenals are the result of the stress response. To be produced, the anterior hypothalamus releases the hormone CRH, which then triggers the pituitary to produce ACTH. ACTH is carried to the adrenals, where it signals for the production of cortisol.

It is important to understand the stress can not only be derived from an external source, but can also be internally-derived. A chronic infection like H-Pylori or parasites is a major internal stressor that can trigger cortisol release. I recently got over a 2-week battle of Poison Oak, in which 1/4 of my body was covered in an intense, itching rash. I am certain this caused cortisol release. During this time I exhibited sympathetic nervous system stress patterns such as elevated pulse and blood pressure readings, as well as diminished appetite.

Negative, worrying thought patterns can be a primary source of high cortisol and adrenaline production. Severe gut permeability, where severe intestinal distress exists will cause cortisol production. During inflammatory conditions such as these, cortisol is used as a primary anti-inflammatory agent by the body.

I see very often that a person in a diabetic state is also in a sympathetic ‘fight or flight’ stress response pattern. These stress patterns can be extremely problematic, not only because high cortisol can cause hyperglycemia, but also high cortisol feeds right back into the hypothalamus, inducing a ‘negative feedback loop’. This loop perpetuates the stress response continuously until something breaks its type of cyclical chain reaction.

If chronically high cortisol is causing chronic blood sugar issues, it is important to get to the root of the issue. Hunt down all hidden, internal stressors like infections, food allergies and sensitivities, high levels of inflammation or toxicity.

The best ways to gauge adrenal function is to get direct cortisol and DHEA readings on a saliva hormone test. The saliva, not the blood is the best way to test steroid hormones because blood hormones are often bound to proteins, preventing them from making it to cell receptors. The saliva hormones are ‘free-fractioned’ and are more bio-available. The hair analysis can also be a good indicator of adrenal function. In the hair analysis, adrenal function is reflected in both the sodium/potassium and sodium/magnesium ratios.

Bio-identical DHEA, progesterone and pregnenelone can be used to support hormone levels and to improve the ‘viability’ of the steroidal hormone pathways. However the correct ratio of hormones should be done very carefully, based upon the value of test results. Other nutritional supplements like adrenal glandulars, tyrosine, zinc, licorice root, pantothenic acid (vitamin B-5) are usually a part of many protocols. It is best not to become allopathic in these protocols, but have them based upon laboratory values, your metabolic and biochemical needs.

Exercise is one of the best ways to lower insulin levels, as well as to enhance healthy adrenal function. Exercise also stimulates serotonin, which does a great deal to improve mood and mental clarity.

When exercising with adrenal fatigue and diabetes, it is important not to overdo it, as excess exercise can cause stress too. Other practices like positive affirmations, yoga, meditation, brisk walking and deep breathing exercises are very good to balance and normalize the stress response.