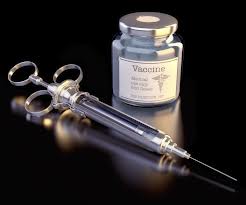 This article is a compilation of testimonies from parents, medical and health professionals. If you have a story to contribute,please email me and I will update it to this article. Your name will not be disclosed, only initials.

“I work in a medical facility that is next to a pediatrics office. I had a parent come into my office and tell me he was bringing his second child to get his first series of MMR and he doubted whether he should do it. He told me his first child died less than 24hrs after receiving her first shot but the doc reassured him the crib death was not due to the shot WOW! Knowing what I know I said I wouldn’t do it if you don’t feel comfortable with it. I work in a conventional medical facility and was lucky no one heard me say this. Sometimes it is so hard to keep your mouth quiet when peoples especially children’s lives are at stake. I also believe the shot contribute to autism.”

“My son, who is now 19, had an MMR when he was 6. That night he had his first Grand Mal Seizure…. he had them until he was 15…. with years of taking Depakote to stop the seizures……he is now seizure free as well as meds free. I have always believed that the immunization was the cause, or trigger for sure! “

Here is one from a nurse:

“My name is Tracey and I believe my daughters are vaccine injured. They recieved a flu shot at 10 months of age. It had 25mcg of thimerosal in it. Although they had other vaccines on the CDC schedule as well, I believe this one may have done the most damage due to the mercury. Thanks for all you do to help us remain healthy!

“I just talked with a good friend of mine whose grandchild has autism. She and her daughter can document the reactions to vaccines even though prior to their experience they believed everything they were told about their safety.
Her grandson …is now 3 years old and having so much trouble.

There are thousands of similar stories, documentation, research and data to support the disastrous effects of too many untested vaccines given in too short of a span!
Wake up before it is your child or grandchild who suffers!

BABIES are the guinea pigs!
Read a book called “Vaccination is not Immunization” to at least get another perspective from those who have nothing to gain financially!”

I’ll give you one. At my daughters 15 month check up, the nurse told me they “ran out” of their “cocktail” and had to break up the series of shots. I preceded to allow my daughter to get the “recommended” vaccines and to come back in three months for the last “cocktail”. We went back, she got the shot, and 6 hours later she had a serious reaction. Itchy face, red rash in her crevices (in between legs, arm pits, behind her knees, all over her face) and she was itching her face. It did not go away for over 2 hours. She was then diagnosed with a peanut allergy 5 months later.
When I brought my daughter in to show the doctor her reaction, he said and I quote “that’s strange, huh……it could be a reaction to the vaccine or something she ate…..huh……..huh….interesting.” Yup. Never again.
FYI: my daughter is now 3 years old and PEANUT ALLERGY FREE! And eats nuts (just not peanuts because I wont let her yet).

“My name is Tammy Krassick N.H.C., R.P., I own Integrative Health Services (www.healthinfo.vpweb.com) and I have a “recovered” autistic son; here is our story:

When my son Alex was about 1 ½- 2 years old he started showing symptoms of “something”.  I visited many doctors during his age of 2 and 3 to find answers on his recurrent infections, screaming, spinning; inability to digest food, noise sensitivity and lack of focus.  My son barely slept for the first year and a half of his life. He showed digestive improvement by eliminating dairy products, which at that time I was not aware of the GFCF diet. I eliminated dairy to stop ear infections knowing that dairy is an inflammation causing food.

During this time of chaos as a single mother who was tired of being shuffled from doctor to doctor just to be suggested “drugs”…I decided through intuitive guidance to take control over my son’s health and started researching alternative healing/therapies.

At this time which would have been about the year 2002, there was not any knowledge in my community of autism recovery or diet/supplementation.  Through my alternative studies I decided to eliminate all gluten and casein/dairy from Alex’ life; also, around his third birthday my chiropractor had suggested I take a look at what vaccinations contain and their unreported side-effects. I opened my health consulting business throughout this.

During this time I had several a-ha moments, where I knew I was onto something bigger than a “diagnosis” of ADHD, OCD or Autism which is what my son was getting labeled.  I stopped vaccinating and luckily in my state we have exemption from them. I started a de-tox protocol that included Epsom salt baths, high doses of vitamin C, magnesium, zinc, b-complex; garlic and oregano oil.

I added digestive enzymes and acidophilus at this point. It wasn’t until 2008 I heard of Jenny McCarthy and her story, that I realized what I was doing to help my son had a name (RECOVERING FROM AUTISM) I saw huge strides around 6 years of age and ever since it’s been constant improvement, we just have some quirks but I’ll take them. Alex is now 12 and going through some puberty issues but I know with my education and experience by using alternative therapies we will get through it. Hopefully I can shorten the journey to recovery for other families or maybe even prevent some through education.

A summary would be this…..my son went from being developmentally delayed, ADHD, OCD, or Autistic to a fifth grader who is excelling, sociable and very well-liked by everyone.  There is hope but one must stick to a protocol and have faith and patience….you must also learn to listen to your inner guidance system.

I achieved recovery through: