Total Cholesterol Lies: What You Are Not Being Told 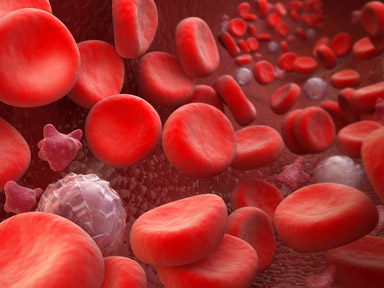 What constitutes a healthy and normal total cholesterol level? The answer may surprise you. Has it ever occurred to you that the reason that mainstream medicine places so much attention on total blood cholesterol levels is becuase cholesterol lowering drugs are the most financially profitable drugs in history?

I gave a recent talk at a healthfood store regarding inflammation and cholesterol. It was amazing to me that none of the 30 people in the room could tell me any of the functions or benfits of cholesterol inside of the human body. But many of the people have been scared into thinking that they needed to lower their cholesterol levels. You can watch part 2 of this video HERE

Mainstream allopathic medicine is adept at using propaganda techniques. Propaganda – that is exactly how to describe the fear-inducing drug adds on TV, the fraudulent studies that are funded by the drug cartels, the billions that are spent to pump out pill happy MD’s. Mainstream medicine is a catastrophy. The cholesterol parade is the most prevelant propaganda push that has ever existed in medicine.

Cholesterol is known as a sterol. How important is cholesterol? Consider that:

There is no such thing as good and bad cholesterol. These are names that were created in order to confuse patients and to scare them into taking dangerous cholesterol lowering drugs. Consider that next to water, there is nothing more important to your body than cholesterol.

Pregnenlone is made from cholesterol, which is transported via circulating LDL particles. Pregnenlone then is converted into other hormones such as progesterone, DHEA and cortisol.
How important are these hormones? Vital to every physiological function inside of your body including:

There has been so much hype surrounding high cholesterol, that most people don’t realize that low cholesterol numbers will leave one at a high risk of:

Remember how vitally important cholesterol is for all of the functions of the body. When there is an inadequate amount of cholesterol being made for all of the body’s needs, this impedes upon all aspects of physiology. One of the reasons why people taking statin drugs feel so depleted, run down and lacking energy is because cholesterol is essential for hormone production and normal cellular function. Consider that people on statins drugs likely have diminished adrenal function, decreased immunity, and may be in a catabolic state of muscle wasting, and breakdown.

Since cholesterol comprises the cell membranes of ALL the cells in the body, insufficient amounts of cholesterol can result in cells which lack structural integrity. In such conditions., cells can literally fall apart in the blood, a process called hemolysis. Hemolytic anemia can result in a cascade of health conditions such as a reduction of blood platelets, low white cells count, vaginal bleeding, loss of consciousness, dizziness, fatigue, liver dysfunction,

Many studies point to what Harlan Krumholz, MD states candidly: “The people with the highest cholesterol live the longest.”

If there are better ways to assess a person’s cardiovascular risk, don’t you think your doctor should test for it? The reality is that there ARE far greater indicators other than cholesterol. Why are these not routinely tested then? I’ll tell you EXACTLY why: Drug companies don’t make drugs to treat these blood chemistry factors and therefore THERE IS NO MONEY TO BE MADE! They are controlled chiefly through nutritional intervention. If your doctor refuses to test these vital blood chemistry factors, fire your doctor:

You Are Being LIED TO

The fraud and corruption in modern medicine will continue to destroy the health and lives of millions of people. Have you known people to have died after having taken statin drugs? I have. The most profitable pharmaceutical drug (Statins) are one of the most dangerous and unnecessary. You should educate yourself.

The Chaos Of Lowering Cholesterol

The lowering of cholesterol to prevent heart disease makes as much sense as removing people’s brains to prevent Alzheimer’s Disease. These are the words of Ron Rosedale, MD. Inhibiting the production of one of the most vitally important substances inside the human body is a stupid and very dangerous thing, in my opinion. The belief by the AMA and the AHA that all total cholesterol levels greater than 200 is ‘high’ is ridiculous. Doctors that threaten to put patients on drugs if they don’t lower cholesterol levels violate the Hippocratic Oath. In addition, it reflects a total lack of understanding of lipid biochemistry.

First and foremost take responsibility for your own health and your body. No one can make you do anything against your will. It is your health, your body and your choice.

Adrenal fatigue is a very common condition that is characterized by a decline and deregulation of cortisol and DHEA levels. I have seen that people in deep stages of adrenal fatigue can have total cholesterol levels in the 300-400 range. These people also had extensive metals toxicity, liver toxicity and a cascadse of other hormone imbalances. The metals toxicities should be seen as causative since heavy metals can interfere with all biological processes, especially hormones.

Hypothyrodism and elevated cholesterol is a common tandem. Again, when there is disruption to the hormone pathways, any number of problems can errupt in the body. Consider  that hypothyroidism is just another symptom and result of the cascade of biochemical imbalances in the body. Click HERE to read about the relationship between adrenal fatigue and hypothyroidism.

Cholesterol is vitally important for the normal functioning in the body. Trying to lower it with drugs and supplements is allopathic. You must understand the highly complex chain of events in the body that influences how cholesterol gets produced and used.