This Form of Vitamin E is Most Powerful 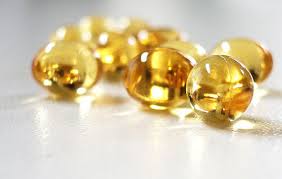 Vitamin E, also known as tocopherol and tocotrienol is one of the most powerful exogenous antioxidants. Vitamin E has a wide range of biological functions in the body, including protecting cells from Reactive Oxygen Species (ROS’s) and other potentially harmful free radicals.

Vitamin E has two variations, tocopherols and tocotrienlos. Tocopherols are of 4 kinds: Alpha, Delta, Beta and Gamma. While most forms of Vitamin E you find in stores are the Alpha form, Gamma Tocopherol tends to be more powerful in its antioxidant effects. A form of Alpha Tocopherol, called Alpha Tocopheryl Succinate is very powerful at enhancing immune function and preventing excess blood clotting.

The food sources with the highest concentration of the tocopherols are: Wheat germ oil, sunflower seed oil and almond oil.

The second class of Vitamin E called tocotrienols have been shown to be even more powerful in their anti-cancer and antioxidant effects than the tocopherols. This is particularly true for the delta tocotrienol. Yet it is very difficult to find tocotrienols, mainly because they are expensive to produce. Tocotrienols may actually be the best kept secret in nutrition.

Studies on the powerful effects of tocotrienols show they inhibit cancer in a couple of different ways:

Tocotrienols have been shown in numerous studies to be incredibly powerful against numerous, virulent forms of cancer including pancreatic cancer, breast cancer and prostate cancer.

Yesterday I reported on the potential dangers of polyunsaturated oils, specifically the omega 3 and 6 fatty acids. Tocotrienols are more protective against the oxidative, free radical damage induced by omega 3 and 6, than tocopherols.

There are only a few sources for the tocotrienols: Palm Oil, Rice bran and Annato. Palm is considered the best source of Delta Tocotrienol, although there is research that indicates that Annato, a South American bean plant is very high in delta tocotrienol as well.

Signs You Need For Vitamin E

People who have the greatest need for Vitamin E are those who are in a dysaerobic/catabolic state. Catabolic means “excessive breaking down” of cells and tissues. How do you know if this is you? Well you can’t go by symptoms alone.

I would recommend a test to identify the presence of lipid peroxides in your urine. Lipid peroxides are indicators of free radicals. This test identifies Free Radicals.

If you have chronic diarrhea or chronic loose stools, this is a strong indicator of catabolic conditions. In which case Vitamin E supplementation would be of benefit. Vitamin E is an anabolic/anaerobic nutrient, it increases the integrity of cell membranes.

There are probably hundreds of other symptoms that may indicate a need for vitamin E, but again, the identification of lipid peroxides in the urine should be fascilitated.