The Remarkable Therapeutic Potential of DIM: Hormones, Epigenetics & Beyond 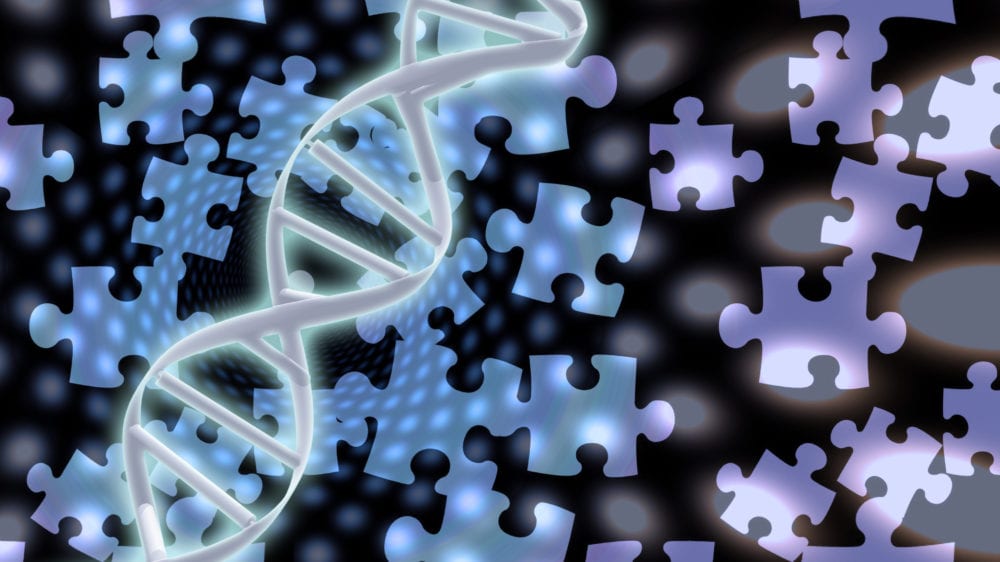 DIM, also known as diindolylmethane is a nutritional supplement with remarkable therapeutic potential. An impressive, and continuously emerging body of scientific research reveals that DIM holds promise for a number of clinical concerns, including: cancer treatment and prevention, hormone-related concerns, endometriosis, estrogen imbalances and even genetic and epigenetic modifications.

Small amounts of DIM can be endogenously produced from the compound I3C (indole-3-carbinol), which is derived from cruciferous vegetables. The digestive system makes a small amount of DIM from I3C, but DIM has been compounded and sold as a nutritional supplement.

DIM is primarily known to modulate the enzymatic pathways of estrogen hydroxylation, as well as aromatization. However, a growing body of research is finding numerous other actions of DIM, including the epigenetic modification of DNA promoter regions, its ability to attenuate the growth of certain cancer cell lines, as well as involvement in increasing BRCA1 RNA.

CYP3a4 is a phase 1 hydroxylation enzyme that metabolizes approximately 60% of various substances passing through the liver, making CYP3a4 one of the most significant phase 1 enzymes. Among its actions, CYP3a4 hydroxylates estradiol (E2) and estrone (E1) into 16aOHE1 and 16aOHE2, respectively. These estrogens are very controversial, and possess strong anabolic actions on cells. Additionally, numerous pharmaceuticals are metabolized via CYP3a4, as well as a long list of xenobiotics, and environmental chemicals such as xenoestrogens, BPA and phthalates. DIM is a moderate inhibitor of CYP3a4, and its for this reason it has the ability to reduce the production of 16aOHE1 and 16aOHE2.

16aOH estrogens have been studied in relationship to prostate cancer, breast cancer, endometriosis, and other hormone-related concerns. A small handful of studies going back as far as the late 1990’s have found statistical associations between breast cancer and the lower ratio of 2:16 hydroxy estrogens (1, 2). This initial research pointed to the potential for elevations in 16OHE1 being of higher risk for breast cancer. Curiously, numerous follow-up studies failed to find this association. While it is well accepted that 16 hydroxy estrogens possess strong, cell-proliferative actions, why the research hasn’t more definitively pointed to breast cancer risk is surprising. This may be partially explained by the fact that scientists were using urine or blood measurements, which may not represent the level of 16OHE1 or 16OHE2 in breast cancer tissue.

With respect to prostate cancer, the 2:16 ratio has been shown to modulate prostate cancer risk among men between 45-85, and the 16aOHE1 was found to be significant (3). An in vitro study from 2003 found DIM strongly competed with the binding of the male androgenic hormone DHT (dihydrotestosterone) in prostate cancer lines (4). This is interesting, because DIM shows the ability to modify estrogen hydroxylation, as well as androgen receptor activities.

The use of DIM holds promise for uterine fibroids. Uterine and endometrial tissue typically feature a considerably high amount of CYP1B1 RNA (13). This enzyme is responsible for the metabolism of 4OHE1, a putative carcinogen. While DIM does not directly inhibit CYP1B1, it is a promoter of CYP1A1, which increases the biosynthesis of the neutral 2OHE1 (and 2OHE2). It has been observed empirically through urine hormone analysis that DIM will promote 2 hydroxylation, thereby directing circulating estrone and estradiol away from CYP1B1 and CYP3a4 and towards CYP1A1, for the synthesis of the neutral 2 hydroxy estrogens.

With respect to fibroids, there have actually been patents filed for the use of DIM (14). Clearly more research on the use of DIM and fibroids is needed.

With respect to breast cancer, BRCA1 is an inherited gene mutation that has a low prevalence but a high penetrance. This means that among women who develop breast cancer, very few have BRCA1, but those that have BRCA1 have a 40-70% risk of breast cancer development. BRCA1 is involved in DNA repair, maintaining chromosomal integrity & genomic stability (5). Thus, risk alleles for BRCA1 “down-regulate” these important DNA-protective processes, leading to higher breast cancer risk.

Remarkably, a study published in 2014 found DIM modulated the RNA expression of BRCA1, among women with the BRCA1 mutation. In the study, 10 of the 13 trial subjects experienced an increase in BRCA1 RNA in white blood cells, by an average of 34% (6). The controls in the study experienced no significant increase in BRCA1 RNA. This study showcases the remarkable epigenetic potential of DIM, and its specific abilities to increase the expression of DNA repair processes.

DNA hypermethylation is a hallmark feature of cancer development. When certain regions of the genome have too many methyl groups, such as at CpG promoter regions (segments of the DNA involved in DNA and RNA  transcription), this can lead to increased mutagenesis and eventual cancer development. Research conducted in 2013 on in vitro prostate cancer cell lines (7,8) found rather remarkable alterations to DNA methylation induced by DIM. DIM reduced methylation at 5 CpG promoter regions (7). Mice given TRAMP prostate cancer cells were also given DIM. The mice given the DIM showed a much lower incidence of cancer and metastasis than controls, as well as much higher expression of antioxidant/anti-carcinogen protective enzymes NQO1 and NFR2 in prostate tissues (7).

Its evident that DIM induces a number of beneficial alterations to DNA activities, through a variety of epigenetic alterations.

In vitro studies and numerous studies conducted on mice find that DIM arrests various stages of cancer development, in numerous types of cancer. A study on mice who had the induction of colitis and colon cancer found that DIM improved body weight symptoms, significantly improved colonic architecture, reduced numerous inflammatory cytokines, as well as reduced the number of tumors that developed (9). This study has implications for DIM in the use of colitis and IBS, as well as colon cancer.

A study on mice with induced cervical cancer found that DIM resulted in an increased immune response, including a significant rise in IFN gamma (interferon gamma is a cytokine produced by natural killer cells against to defend against cancer). The study found that DIM inhibits or slows the progression of cervical dysplasia into cervical cancer, as well as inhibiting the oncogenic development by cervical lesions (10).

An in vitro study on a human leukemia cell line found that DIM arrested numerous mechanism of cancer activity (11).

DIM has been the subject of study regarding HPV trials, as well as in prostate cancer. A study conducted in 2007 found that in mice, DIM induced numerous promotional effects on Interferon gamma. This is a cytokine with potent anti-viral actions (15). DIM was also shown to increase IL-6 and IL-12.

Additionally, oral administration of DIM to mice was shown to expedite clearance of Reovirus from the gut, and induce changes to IgA (15). In this same research study, DIM was shown to increase activity of MHC-1, which is part of a class of proteins known as HLA (major histocompatibility complex). HLA plays an important role in regards to immune recognition and recruitment, by breaking off peptide fragments from antigens such as viruses. CD8 lymphocytes bind to MHC-1 proteins, which induces a key part of the inflammatory response against pathogens and viruses in particular.

We could anticipate therefore, that in the instance of acute viral infection, DIM could increase immune activation against the virus. This may produce changes in the neutrophils and lymphocytes, possibly favoring elevation in lymphocytes (and the recruitment of lymphocytic T-cells), and reduction in neutrophils.

Clearly, the use of DIM extends beyond its modulation of estrogen metabolism. It holds promise for a number of clinical concerns, and its effects possess varying levels of immunological, epigenetic, anti-inflammatory, cell signaling and anti-tumorogenic properties.

Currently the use of DIM is widely available as a nutritional supplement. Based upon my current understanding, DIM must be properly formulated in a way to enhance its absorption. This should feature at a minimum the inclusion of phospholipids as carriers for transport. The use of transdermal or various topical applications may yield greater uptake than the oral delivery route.