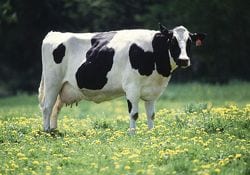 If you’ve been following the seemingly endless barrage of government-induced terrorism inflicted on raw dairy farmers and private cooperatives, you are well aware of just how far the federal government’s agencies will go to enforce illegal, illicit, unconstitutional police force tactics, paid for by your tax dollars.

The FDA and their conspirators have been engaging in rogue tactics and with an extreme prejudice to bust private citizens who engage other private citizens (not public sales) in the sale of raw dairy.

The only way that this insanity is going to cease is if people get organized and launch an all out offensive against these rogue criminals. The opposition has an elaborate plan of attack and are armed with weapons, often raiding raw dairy cooperatives with guns drawn.

Meanwhile the dairy farmers and proprieters’ defense has been weak.

The National Raw Dairy Coalition should delegate responsibility to its members in each state and county. Raw Dairy delegates would propose to state and local legislators that they should create legislation that nullifies any federal law which inhibits the free commerce of raw dairy foods among private citizens (or for any food for that matter). It is the 10th amendment of the U.S. Constitution that can be used to nullify laws of the federal government:

“The powers not delegated to the United States by the Constitution, nor prohibited by it to the States, are reserved to the States respectively, or to the people.”

Examples of how states have used, and are using nullification to ward off federal laws:

State nullification of federal law has been part a part of American politics since before the time of the founding fathers. Thomas Jefferson declared that nullification was the “rightful remedy” when the federal government exceeds its constitutional authority. James Madison stated that the states were “duty-bound”  to nullify when the federal government violated the constitution.

Once nullification is passed into law for your state, The National Raw Dairy Coalition should demand that the sheriff of their county enforce protection of its citizens should the FDA or other federal agencies threaten with action. This is your best protection to ensure your liberty and freedom.

State nullification is the solution to many of the unconstitutional laws passed by the federal government. But it takes conscious citizens to step up to the plate and organize an offensive attack against these rogue agencies.