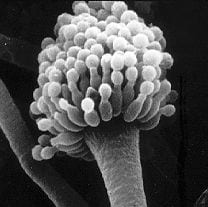 A new component of my work has been centering around attempting to get to the root of my most challenging client cases. A very common thread for many of these chronic cases has been the presence of systemic fungus and mycotoxins.

A somewhat new area of research in some medical circles has been studying the correlation between gout and mycotoxins. Gout is characterized by elevated levels of uric acid. Uric acid is a waste product generated from purine metabolism. High levels of uric acid is very common among people with diabetes and heart disease. Purine is a nucleo-protein. Purines are one of the bases of DNA.

Certain purine-rich nucleo proteins are found abundantly in various foods such as organ meats, red meat, dark meat poultry and oily, fatty fish and seafood. For many Metabolic Types, purine-rich foods are essential. Purines can increase sympathetic nervous system output, and according to the work of George Watson, PhD and Rudolf Wiley, PhD, purine-rich foods have integral roles in the Kreb’s Cycle of energy production.

Fundamental gout recommendations are to reduce or eliminate the consumption of purine-based foods. While this may be necessary, there is a lot of evidence to show that gout may actually be due to high levels of mycotoxins.

Mycotoxins are secondary metabolites of fungus. They have no cell walls and are resistant to antibiotics. Mycotoxins live in the blood and will promulgate when the ph of the body favors them. Many clinicians and researchers now believe that mycotoxic fungal infections are at the root of many chronic, degenerative diseases including diabetes, multiple sclerosis, autoimmune disease, heart disease, rheumatoid arthritis, cancer and gout.

With many of these degnerative diseases there is a common thread: elevated uric acid levels. Uric acid is itself a toxic metabolite of yeast and fungus! A.V. Constantini, MD the former head of the World Health Organization believes that high levels of uric acid is a result of mycotoxicosis, not due to a ‘metabolic disorder’!

Penicillin, the most common antibiotic is itself derived from purified mycotoxins. The rampant use of antibiotics directly causes systemic fungal and yeast infections. Various foods may contain fungus and mycotoxins as well. These include meats from animals given antibiotics. It is a widely known fact that the majority of antibiotics produced in the U.S. are for livestock. Peanuts, commercial dairy, cottonseed, and corn are other foods that tend to carry a high mold content. These molds, including aspergillus flavus produce Aflatoxins: voltaile carcinogenic bi-products. Many cereal grains that have a longer shelf life are susceptible to mycotoxin exposure.

Mycotoxins are not killed by antibiotics. However many herbal formulas are capable of wiping out mycotoxins. Certain homeopathics have been reported as beneficial as well. Restoring the intestinal micro flora is fundamental to eliminating the dysbiotic conditions in the gut which result from fungal overgrowth and mycotoxicosis.

What is essential here is to restore the health to the biological terrain of the body. This is why eating fresh, organic foods is essential. In addition to this so is the avoidance of certain foods which may cause fungus and mycotoxins to persist. This includes sugars and high glycemic foods.