The Archetype of the Wounded Healer Within You 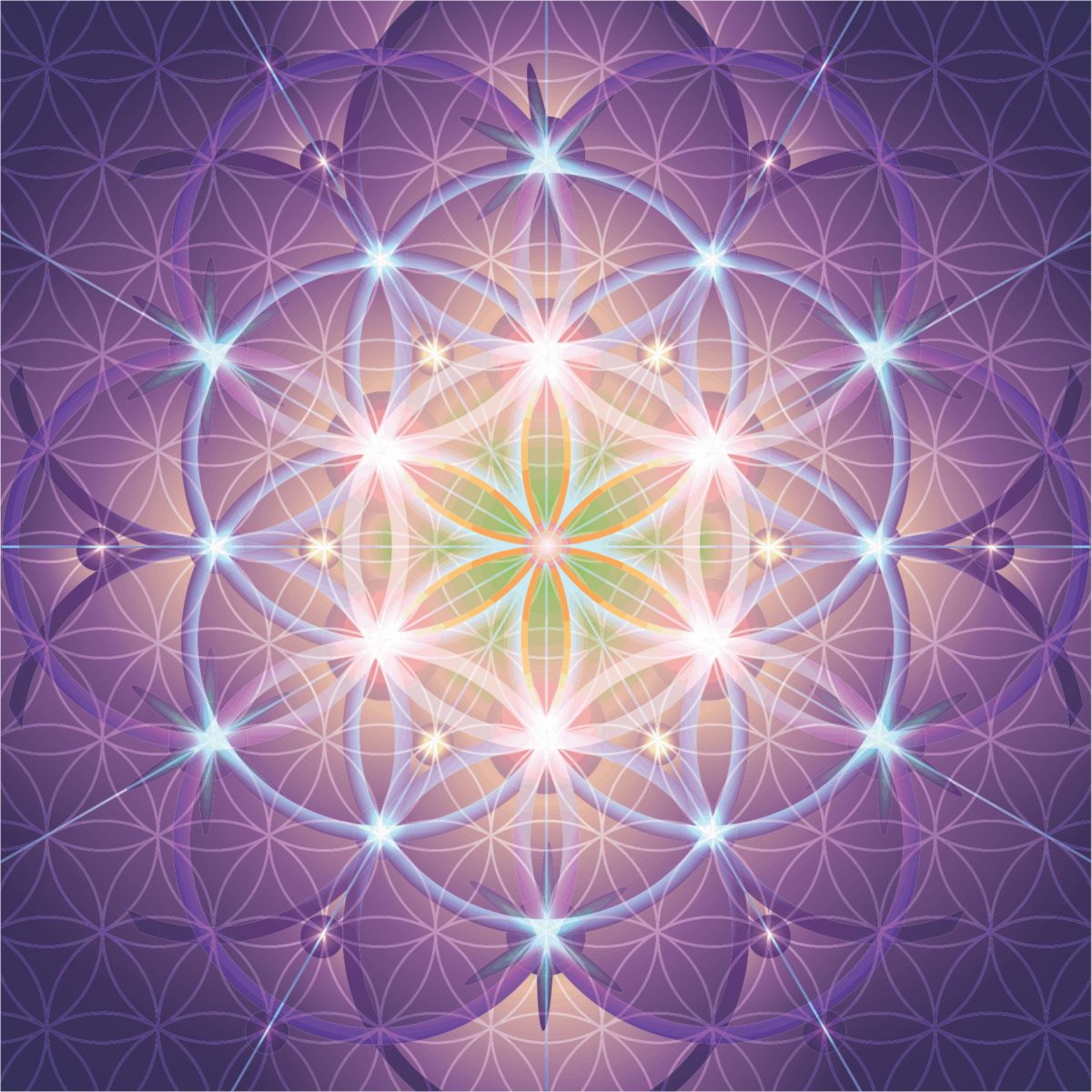 The archetype of the wounded healer is that she/he suffers greatly. The healer experiences pain on a deeper level, and often takes on the pain of others, or becomes the scapegoat. The healer inside is a visionary, a seer and an alchemist, and learns to transmute the suffering and pain into medicine for her/himself and others.

This transmutation of pain and suffering enables healing to occur on a vastly deeper level than simply the biological. In some instances, the manifestation of disease symptoms can resolve through the transmutation of this energy.

Pain and suffering are inevitable consequences of the human experience. In our modern society, we are taught that if you have something wrong with your mind to go see a shrink, or to drug your brain with pharmaceuticals. If you have something wrong with your physical body, go see a doctor, who will more than likely prescribe you opiates, immunosuppressants, xanax, antidepressants, and an endless array of drugs.

Even within the integrative and functional medicine world, practitioners frequently practice the same methods of allopathy using supplements to mask the pain and suffering, to make life more bearable.

While symptom treatment is usually important, there are far deeper levels of healing that can teach deeper life lessons, and connect you to a deeper life purpose. For many healers, the practice of energetic transmutation of suffering into medicine is a real thing, not simply a concept. This deeper healing can occur both consciously and unconsciously.

Its important to recognize the significance of the human psyche with respect to how we act and see the world. The unconscious aspect of the psyche functions as a major driving force behind our actions, in decision making, as well as in our fears, and deeply rooted personal and cultural beliefs. The exploitation of the unconscious energies within the psyche is a primary driving force behind advertising, and the propaganda techniques employed by corporations, media and government entities. For the majority of society, deductive reasoning is not the primary driving force behind decision making faculties. More often, the decision-making faculties are driven by unconscious fears, desires and deeply rooted internal belief structures. In certain respects, the recognition of the healer archetype within the human psyche can function as a safety valve, providing a deeper sense of guidance. The healer archetype possesses a deeper understanding of reality, based on compassion, as well as balance between the logical mind and the self-less-serving qualities of the heart.

There are experiences we can have which cannot be rationalized or explained through our logical mind. Often these experiences leave us with a tremendous sense of connection to source consciousness. However, western society does not provide a suitable container for these deeper experiences, nor does it embrace their significance or their sacredness. In western society, if a young child has a deep spiritual experience, or if she/he displays signs of advanced spiritual growth or development, this is often met with harsh responses from well-meaning but ignorant adults, who may seek medical or psychiatric treatment for the child.

Is it possible that much of the pain, suffering, internal conflict, mania, depression and psychosis that afflicts so many people may actually be something different, something much deeper? Could these internal energies actually be a type of spiritual firewood kindling that has yet to be utilized? The idea that psychiatric symptoms can, in certain cases, be something else entirely, is partially the subject of the 1976 book ‘Yoga & Psychotherapy’ authored by Swami Rama, Rudolph Ballentine, MD and Swami Ajaya, PhD.

From a cultural perspective, the healer is a very important part of the tribe. All native cultures around the world have medicine workers, shamans and healers who serve to provide the bridge between the perceivable, tangible experiences of life and the mystical and spiritual realms.

Modern cultures typically don’t recognize this important figure within society (although I personally believe they most certainly exist). The self-serving, hyper-masculine dominated Judeo-Christian theologies have served as the inadequate substitution for the transcendent, mystical experience. This cultural phenomenon is in large part responsible for a society of interdependent individuals, who seek answers and solutions to problems outside of oneself. The archetype of religious indoctrination, and its servitude to external deification has infiltrated many deeply cherished institutions within western society. This chiefly includes: scientific research, medicine, governmental bodies and the educational system.

The fact of life is that no one can save us. We are the source of our own suffering and our own salvation. Our decision to ascribe guilt to others for our suffering, and our choice to deify an external source for our salvation is ultimately the cause of tremendous human suffering. Consequently, many individuals arrive at a point of spiritual crisis. These patterns of interdependence are so deeply engrained in western society, that their roots and implications are typically not recognized nor understood.

The insanity of modern society, with it’s hyper technology-based focuses and continual blitzkrieg of socially-engineered advertising and media propaganda has resulted in a society with a lack of meaningful personal connection, and a lack of spiritual identity.

A new generation of children simply do not possess human personal skills due in large part to the ubiquitous deification of technology, screens, phones, devices and artificial intelligence.

While internal conflict has been a part of the human experience from the beginning of time, we live in a modern age where isolationism and the social engineering of group thinking prevails on a widespread level. This psychological conditioning en masse has led to the development of several breaking points within the human psyche. The eruption of violence and murder is one such consequence of the chaos of modern society. Society’s total lack of spiritual identity and simultaneous disregard for the sacredness of life, breeds sociopathy and psychopathy, as well as narcism, personality disorders, psychological manifestations, and other afflictions of the human psyche and spirit. The hollowness of American culture creates depravity and sickness that is far deeper than the manifestation of psychological symptoms alone.

The mechanical nature of human experience revolves around the work day. For most, the continual struggle of surviving paycheck to paycheck is working within a system that has thrown its passengers under the bus decades ago. In a very real sense, modern society is experiencing a cataclysmic spiritual crisis.

As individuals struggle to find meaning in life, they are often simultaneously burdened by generations of familial trauma. The ravages and barbarism of war, poverty, familial abuses, child abuse, murder, suicide, rape, alcohol and drug abuse and pharmaceutical dependencies are all products of a society with deeply rooted spiritual crises.

The re-emergence of the entheogenic experience has reached a pinnacle of attention in recent years, as modern scientific institutions and various governmental bodies explore the potential therapeutic effects of these compounds in chronic illness and mental suffering. Psilocybin, LSD, ayahuasca, DMT, peyote and other entheogenic substances are being explored with higher frequency by individuals suffering from PTSD, anxiety and depressive disorders, bi-polar, addiction, trauma and abuse. This reemergence of indigenous medicines can be seen as a revival of the shamanic, healer archetype within the human psyche. It has come at a time of necessity; reconnecting the fragmented and sick human spirit to its mystical, spiritual nature.

Individual health practitioners who work solely from the basis of the biochemical have, at best, only scratched the surface of the healing process. The deeper rooted afflictions in the psyche and within the human spirit inevitably will result in seeking a more meaningful human experience. A vast sea of potential therapies await the healer within: Somatic experiencing, reparenting techniques, pranic healing, yoga and kundalini yoga, reiki, bodywork, touch therapy, art therapy, animal-assisted therapy, entheogenic explorations, brain and nervous system re-patterning, family constellation therapy, Pesso Boyden system psychomotor therapy, NLP, DNRS, EMDR, Lightning Process, Emotion code, craniosacral therapy, dream therapy, Qi gong, acupuncture, myofascial release therapy, holotropic breathing, are but a few of the practices which have evolved from the exploration of human consciousness, and from the need for the healer archetype to express itself. Consciousness is universal. At its core, the depth of the human experience can be shared by all who seek it.

At the same time, it is with great undertaking that the individual Jiva (in Sanskrit, the individual soul) seeks to know itself in order to liberate itself from the confines placed upon it. The external barriers imposed upon the psyche, as well as the internal conflict that has arisen from trauma, cultural conditioning, attachment, and false identities serves as the firewood kindling used to transmute suffering into medicine. The healer prevails within the psyche, serving as the doorway to the mystical experience and the medicine of the heart.