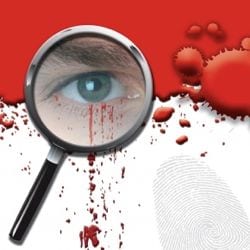 Its adrenal time. The amount of demand placed upon the adrenal glands due to modern day stress factors is immense and unprecedented. Stress can be identified as having both internal and external origins. Adrenal stress can result in symptoms such as exhaustion, chronic fatigue, insomnia, sleep disturbances, poor immunity, thyroid issues, metabolic dysfunction and other hormonal effects.

Before we get into a discussion of these blood chemistry factors, let’s analyze 3 classes of hormones produced by the adrenals: Catecholamines, Glucocorticoids and Mineralcorticoids.

There are 3 primary catecholamines: adrenaline (epinephrine), noradrenaline (norepinephrine) and dopamine. Each of these are “excitatory” in that they are triggered by the sympathetic nervous system in response to stress. These hormones will increase the body’s heart rate, blood pressure and blood sugar. When there is a chronic, elevated stress response, the catecholamines are probably in high output. As an example, consider the adrenal output of a Type II Diabetic. In insulin-resistant states, there is a high mobilization of sugars into the bloodstream, and this may not only be from dietary sources. The chronic stress response signalling adrenaline will also mobilize sugars into the bloodstream, as will high amounts of cortisol.

The precursor to the catecholamines are 2 amino acids: Tyrosine and Phenylalanine. 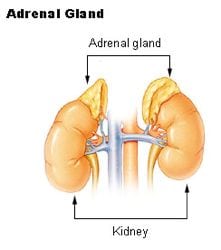 The glucocorticoid hormones are called “steroidal hormones” as they are steroids that function as hormones. Glucocorticoids have vital roles in the body and are involved in numerous biological functions such as in cardiovascular function, fat breakdown, carbohydrate metabolism and wound healing. The primary glucocorticoid is Cortisol. Cortisol is another “stress hormone” that gets pumped out by the adrenals in response to stress. Cortisol is also the most potent anti-inflammatory in the body. Cortisol will also turn down immune system function. Cortisol is synthesized from cholesterol via the pregnenolone > progesterone pathway.

Cortisol levels are balanced by the other adrenal hormone DHEA.

Mineralcorticoids are also steroidal hormones produced by the adrenals. They are involved in the regulation of fluid/electrolyte dynamics. This is especially true for the principal mineralcorticoid aldosterone. Aldosterone’s primary function is to allow for the re-absorption of sodium by the kidneys and for the excretion of potassium. This is important to understand because when there are increased levels of sodium in the blood, with an increased loss of potassium, there tends to be high blood volume, elevated blood pressure and increased cortisol production.

Adrenal hyperfunction is the state of excessive adrenal hormone output and adrenal hypofunction is the state of diminished adrenal hormone output. The hormone that we are looking at to identify the state of adrenal fatigue is primarily cortisol. Observing blood cortisol levels in the blood is not as accurate as salivary cortisol levels. This is because blood cortisol levels are pound to proteins and don’t represent “free-fractioned” levels of this hormone. On a standard blood test, we are indirectly making an assessment of adrenal output by observing the function of sodium and potassium levels (as well as other blood chemistry factors).

High levels of serum potassium (4.5>) indicates catabolic cellular breakdown, and is indicative of adrenal hypo-function when sodium levels fall into the mid 130’s. Sodium on the other hand has anabolic activity. Increased levels of sodium (143>) also are seen with adrenal hyperfunction when potassium levels are decreased (<4.0).

The mineralcorticoid aldosterone causes the excretion of potassium through the urine and the retention of sodium. Therefore if aldosterone levels are decreased, this will tend to cause an increase in serum potassium and a decrease in serum sodium. Hence, low sodium and high potassium is correlative with adrenal hypofunction. A common pattern seen along with adrenal hypofunction is low blood pressure and low blood volume and excessive parasympathetic nervous system activity.

If aldosterone levels are increased, expect sodium to be elevated and potassium to be decreased. This is because aldosterone will increase the loss of potassium through the kidneys and increase the retention of sodium. Hence, adrenal hyperfunction. Excess adrenal output may also raise the blood volume and blood pressure if sodium levels are increased.

On the flip side, cortisol and adrenaline both have the capability of raising glucose levels directly. This is why so many sympathetic dominant carb types end up as type II diabetics. The sympathetic nervous system controls adrenal function. And adrenal hormones can regulate glucose. In a sympathetic dominant pattern, continuous glucose is mobilized into the bloodstream because of excess adrenal activity and high levels of glucose and insulin. This feedback loop perpetuates until the correct intervention is used.

Low levels of glucose may indicate decreased adrenal output. This is especially true if correlated with an increased potassium and a low sodium. As adrenal fatigue progresses, and cortisol output diminishes, the body will struggle to keep glucose levels high enough. This is especially the case if a person’s diet is inadequate for theirMetabolic Type©. The incorrect fuel source for an individual is a major stress upon the body.