RCCX: A Link to Complex Illness & Why Its Important 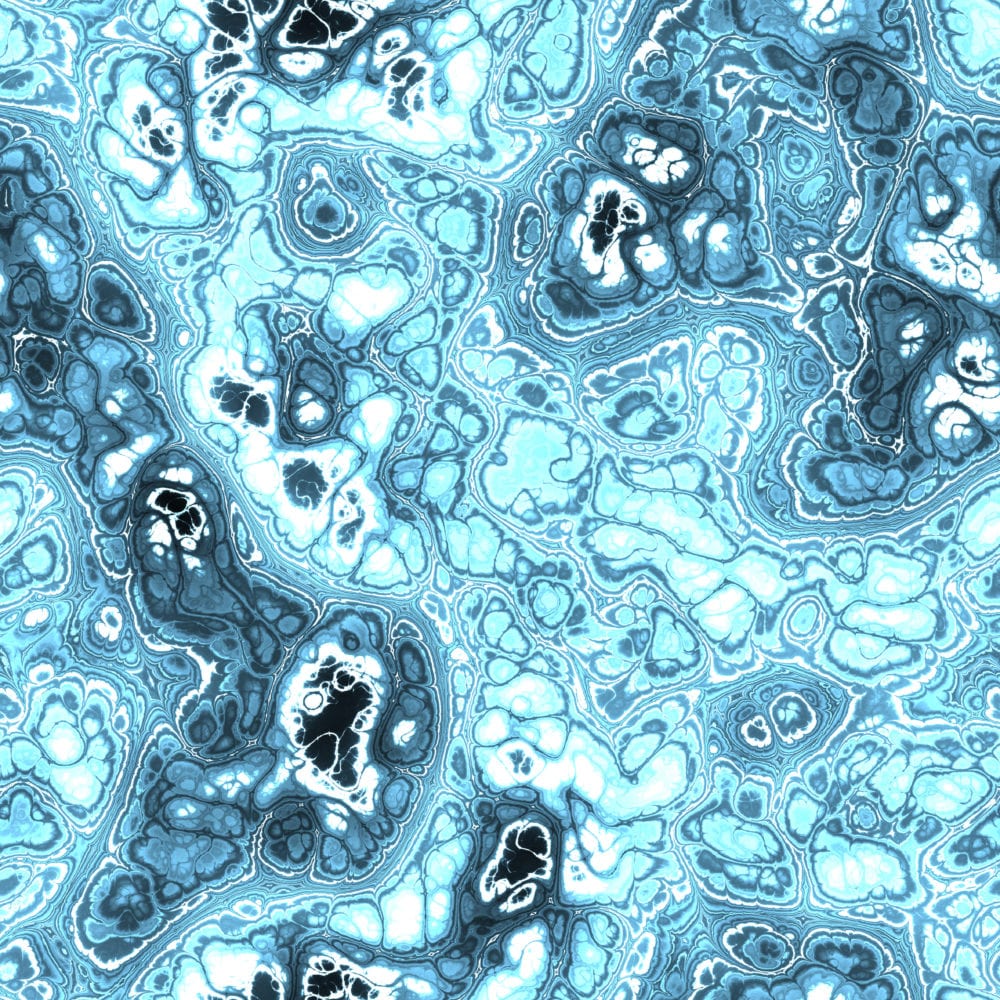 Individuals with joint hypermobility often present with complex symptom presentations, including: MCAD (mast cell activation disorders), POTS (postural orthostatic tachycardia syndrome), PTSD (post traumatic stress disorder), autoimmune diseases and dysautonomia, endometriosis, ovarian cysts, ME/CFS, mental and behavioral conditions and emotional and sensory processing disorders. Variability of the RCCX cluster provides a very appealing and viable theory as to these adjacent complications. The RCCX theory was first posited by Sharon Meglathery, MD. Many of the associations and observations of RCCX are credited to her.

To Whom Does this Theory Apply?

This article is written for individuals with joint hypermobility syndromes, who also have the complex symptom presentations that are associated. These individuals often have chronic health issues and have been cast to the wayside by a medical establishment who cannot figure out what is wrong with them. This article seeks to identify the central factor responsible for these myriad complications, namely the genomic instability of the RCCX region, and the subsequent biochemical and physiological aberrations which ensue.

The subject of genetics and disease is complicated and is not as straight forward as has been traditionally accepted. The link between singular nucleotide polymorphisms (SNPs) and various diseases must be taken very cautiously. Most existing research on SNPs study disease associations. Association-based studies are often very limited, and do not necessarily equate with causation. Additionally, it is now quite clear that non-heritable factors have strong regulatory effects on gene expression. This is specifically the responsibility of epigenetic modifying factors, such as DNA methylation and acetylation and histone modification. In other words, there are many factors which regulate the activities of our genes which do not have to do with the genes themselves.

However, when discussing RCCX we must understand that we are dealing with a very unusual cluster of genes. RCCX doesn’t behave like most of our genetics (is a rare copy number variation), is highly prone to genomic instability (for example the cluster is prone to genetic events such as non-alleleic homologous recombination as well as “unequal crossing over”. The cluster also contains an endogenous retrovirus, which is linked to genomic instability), and may be subject to numerous deletions and other events, which renders the entire cluster suspect to creating significant problems.

It may be found that individuals with RCCX have family members with many of the complications as well. It is common to see a family history of schizophrenia, bi-polar, lupus, celiac, mental illness, PTSD, autoimmune diseases, among those with the suspected RCCX. Many of these conditions can be traced back to the genes which comprise the RCCX region. Identifying who in the family carries disease phenotypes that are specifically related to the mutations of RCCX genes is useful and important, especially for research purposes.

We can identify gene expression through the use of specialized biochemical tests. This is a useful and important aspect in order to understand which RCCX-related pathways are aberrant. Running specific biomarker tests is useful also to guide effective protocols, which are aimed at supporting these pathways and creating strategic bypasses.

Tenascin-X (TNXB) is the primary glycoprotein in the extracellular matrix (ECM), regulating cell adhesion, collagen architecture, fibril deposition, and utilization of growth factors such as TGFß (transforming growth factor beta) and VEGF (vascular endothelial growth factor). Deficiency of TNXB causes joint hypermobility, and extracellular matrix dysfunction. Geneticists may balk at RCCX theory because it is generally accepted that TNXB haploinsufficiency (an extreme case, in which a gene is mutated to the extent that not enough enzyme product gets generated from the dysfunctional gene) is very rare. However a critical 2016 study (Chen, Morissete, 2016) found that haploinsufficiency of TNXB is not necessary to produce a hypermobile phenotype. This finding opens the door to new research aimed at identifying who in the population is affected.

People with joint hypermobility syndromes frequently suffer from poor circulation, including discoloration of hands and feet, gynecological problems such as endometriosis, fatigue, poor recovery from exercise, connective tissue pain (often diagnosed as fibromyalgia) and autoimmune activities. A deficiency of tenascin-X (or loss of qualitative functionality) serves as one of the primary factors in all of the above-mentioned symptoms, because it significantly disturbs the integrity of the extracellular matrix.

The ECM (extracellular matrix) does far more than modulates cell structure. It is critical for the functioning of the cell, for cell-to-cell communication, as well as regulating the utilization of many of the body’s growth factors. Inadequate TNXB necessarily impairs how these growth factors are utilized. The complications of circulatory problems, slow wound healing, muscle weakness and poor muscle tone among the RCCX phenotypes are greatly influenced by inadequate VEGF (or more succinctly “qualitative” issues of VEGF utilization caused by a dysfunctional ECM) due to a dysfunctional or impaired ECM. VEGF is critical for blood vessel formation (angiogenesis), wound healing, recovery from exercise, and delivering oxygen to tissues.

Endometrial lesions, immune dysregulation, including autoimmune propensity are greatly influenced by imbalanced TGFß (or more succinctly “qualitative” issues of TGFß utilization caused by a dysfunctional ECM). A 2014 paper (Alcaraz et al) demonstrated the cruciality of TNXB domains for the bioavailability and maturation of TGF beta complexes. A 2016 paper (Chen, Morissette et al) hypothesized that unfolded TNXB would interfere with proper cell adhesion and necessary TGFß binding, leading to disruptions in the extracellular matrix. It has been observed that the Fibrinogen-like domain of TNXB activates the TGFß pathway, central in the formation of collagen. TGFß family play critical roles in generating self tolerance and immune balance between TH1/TH2/TH17. Poor TNXB and ECM functions will necessarily impair how TGFß is utilized. This utilization problem with TGFß sets the stage for immune havoc, and may tip the scale favoring autoimmune activities. Problems with TGFß utilization may also affect stem cell differentiation and exaccerbate endothelial junction permeability (leaky blood brain barrier, leaky gut, for example).

Endometriosis and gynecological issues are reportedly rampant among those with joint hypermobility. Endometriosis consists of endometrial lesions rich in TGFß, accumulating at the wrong places. Furthermore, because of the 21-hydroxylase bottleneck (due to the CYP21a2 mutation on the RCCX cluster), estrogen, testosterone and progesterone levels may be increased, leading to further hormonal complications.

CYP21a2 encodes for an enzyme that converts progesterone into the adrenal hormones cortisol and aldosterone. Hence, CYP21a2 is integral in the stress response, as well as in the regulation of the water/salt balance. Haploinsufficiency of CYP21a2 (an extreme case, in which a gene is mutated to the extent that not enough enzyme product gets generated from the dysfunctional gene) causes congenital adrenal hyperplasia (CAH). While CAH is rare, a mild deficiency of 21-hydroxylase is far more common. Recent research on CAH has found that certain domains of the CYP21a2 gene can share domains with its neighboring TNXB gene (Chen, Morissete, 2016), leading to a “bi-allelic” scenario of hypermobility (characteristic of Ehlers Danlos Syndrome) with CAH. From a genetics standpoint, this is an unusual situation.

Mild to severe 21-hydroxylase deficiency causes changes to sex and adrenal hormone activities. It favors a bottleneck of progesterone, which leads to a shunt away from cortisol and aldosterone synthesis to form androstenedione instead. Androstenedione has multiple fates. It will either drive the synthesis of androgens, namely testosterone, androsterone or etiocholanolone, OR androstenedione will drain out to form estrone (E1) via the aromatase enzyme. Hence, individuals with 21-hydroxylase deficiency often have sex hormone imbalances, such as excess or abnormal facial hair (hirsutism), acne, and ovarian cysts. These are often reported as symptoms of hypermobile, RCCX phenotypes. Often, the RCCX phenotypes report an intolerance to estrogen and progesterone medications, as well as symptoms associated with excess progesterone and estrogen load, namely water retention that moves with the female cycle.

There are potential psychiatric manifestations associated with CYP21a2. This includes PTSD as well as emotional and sensory processing issues. Research on CAH finds increased white matter impairment, as well as impairment to the limbic brain, such as the hippocampus and amygdala. The limbic brain stores and processes emotionally significant events. Dysgenesis of the limbic system is associated with PTSD. It is here contended that mild deficiency of 21-hydroxylase as part of the RCCX picture, is sufficient to cause PTSD and the associated limbic complications.

Complement C4 splits off into fragments, C4a and C4b.  Deficiency of C4 is thought to be the most common immune deficiency. Importantly, C4 deficiency is linked to a number of autoimmune diseases, especially: lupus, celiac, scleroderma, and multiple sclerosis. Inability to generate sufficient complement products results in disordered immune function. C4 is also integral in a process known as dendritic pruning. The trimming back of dendrites is critical for neural development, and its for this reason that C4 deficiency is linked to schizophrenia. However, it is probable that the psychiatric manifestations of C4 deficiency could potentially extend beyond schizophrenia to include bi-polar, ADHD and autism spectrum disorders.

It has been shown in other studies unrelated to the RCCX cluster that the presence of HERV-K retroviruses can affect nearby genes, causing deletions and duplications and mediating copy number variation (CNV). The presence of an endogenous retrovirus in the RCCX region is potentially very significant and deserves much deeper attention and further research.

The 4th gene on the RCCX cluster is RP1, aka STK19. Its function is presently unknown.

The RCCX theory is complex, and will be difficult to prove. The RCCX theory does not seek to prove a connection between one condition and one gene. It seeks to prove the connection between multiple conditions and multiple genes. The higher number of variables involved, necessarily increases the degree of complexity of the theory. This does not mean the theory is not valid. It does mean however, that new models for studying the relationships that are coexisting must be devised. No disease is one dimensional. With RCCX theory, there are many dimensions.

At the time this article is written there are only a small handful of labs in the world capable of sequencing RCCX, and none exist for commercial use. The first step in genetics research is being able to successfully sequence the RCCX cluster in a cost-efficient manner. This will facilitate larger population research. Simultaneously, clinicians can seek to identify which patients fit this phenotype, use biomarker testing and intake questionnaires to identify them and generate clinical correlations.

If you believe you fit into the RCCX phenotype, we’d like to hear from you. As clinicians at Metabolic Healing, we use our experience, knowledge of biochemistry, lab testing, genetics, knowledge of botanicals and nutraceuticals to help you achieve a higher level of health. With regards to RCCX, there are a number of potential options available, and our anecdotal and empirical observations are important in order to help you get better results.

We believe a multifaceted approach is required in order for success to be possible. While it will take time for the researchers and geneticists to suss out the RCCX cluster and its associations, we are working diligently to address your needs now. Below is a short list of observations and theories, which may be useful. It is critical to understand all protocols must be generated on an individual basis.