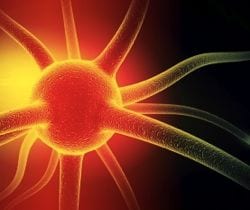 Pyroluria is a condition that has been known for several decades. It is sometimes referred to as mauve factor, KPU, kryptopyroluria and Hydroxyhemopyrrolin-2-one, or HPL. Besides acting as a tongue twister, this condition is potentially very serious, and may have numerous biochemical implications.

Pyrroles are synthesized during hemoglobin production in the body. They can be thought of as a byproduct of hemoglobin, when hemoglobin is synthesized. While it is normal for some pyrroles to be produced as a hemoglobin byproduct, certain individuals tend to produce an excess.

Pyroluria was initially identified by Abram Hoffer, MD, as one potential factor of schizophrenia. In the early days of diagnosing pyroluria, it was originally thought that kryptopyrroles were synonymous with pyroluria. Improved technology in 1976 identified that the substance being excreted in high amounts through the urine of certain patients was actually Hydroxyhemopyrrolin-2-one. Nonetheless, what has been clinically observed over the years has revealed a very interesting discussion regarding the implications of high levels of pyrrole production and excretion.

Pyroles have an affinity for binding to and causing a high depletion of 2 critical nutrients:

In the instance of an increasing production or pyroles, the pyroles have an affinity for binding to aldehydes such as B-6.

Vitamin B-6 is critical for several biological and metabolic functions:

The functions of the brain and nervous system are chemically dependent upon B-6 status. Vitamin B-6 plays a critical role in the synthesis of 5 essential neurotransmitters: norepinephrine, serotonin, dopamine, epinephrine, GABA.

B-6 deficiency may alter the expression of genes. This may be due to the essential role that B-6 plays in a biochemical pathway referred to as methylation, which greatly affects DNA and RNA activities.

Additionally, B-6 is critical for the synthesis of a class of lipids called sphingolipids. These lipids are critical for cell signal transduction, and neural health. Abnormal lipid values have been identified in individuals with elevated urine pyrroles. This may be especially true for an omega 6 lipid, arachadonic acid.

In addition to causing a depletion of Vitamin B-6, increased pyrrole production will also tend to deplete zinc.

It may be easier to identify the roles that zinc doesn’t play in the body, than the roles it does play. Zinc is an essential trace element that activates several hundred enzymatic reactions. These reactions are fundamental to life and biological activity. Some of the activities that zinc are involved in:

In certain instances, if zinc is depleted, copper levels may elevate. This is due to the intrinsic relationship that exists between these two trace elements. The biochemical implications of copper toxicity are well established. Free, unbound copper ions may create a tremendous amount of havoc and toxicity for biological functions.

A depletion of zinc and B-6 has direct implications on the function of the nervous system and brain. It is for this reason that pyrroluria is strongly associated with neurological conditions, bi-polar, down syndrome, ADHD, alcoholism, anxiety, depression, schizophrenia, aphasia, involuntary muscle twitching and abnormal motor function.

A 1990 study demonstrated elevations in urine pyrroles in 71% of individuals with down syndrome. Studies and research conducted by William Walsh, PhD identify the presence of pyroluria in large percentages of individuals with ADHD and schizophrenia.

It is apparent that most cases of pyroluria are familial. Although high levels of pyrroles may appear in response to increased levels of oxidative stress. For example, elevated urine pyrroles are often seen in chronic lyme disease. Lyme disease and its associated co-infections are well established to induce varying degrees of neurological inflammation and toxicity. Increased pyrroles are potentially another cog in the lyme wheel.

A mountain of clinical evidence supports the role of pyroluria as associated with varying types of neurological symptoms, as well as mental and behavioral health symptoms and conditions. Many clinicians report the resolution of symptoms with the simple treatment of B6 and zinc when elevated urine pyrroles present. It should be noted, however, that pyroluria may be a part of a larger clinical presentation, and as such, symptoms may not resolve as rapidly in some individuals.

Much of the current research on the effects of mauve factor (another name for pyroluria) on the biochemistry demonstrates the correlation between glutathione depletion and this condition. Additionally, this same research suggests a role of intestinal permeability in the development of mauve factor.

Curiously, antibiotic treatment has reported the ability to decrease urine pyrrole excretion, indicating a possible microbial role in the development of pyroluria.

It is clear that emerging research into this condition will open up greater discussion for the identification and treatment options for those with Hydroxyhemopyrrolin-2-one, also known as pyroluria.