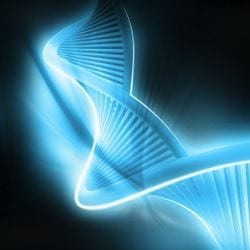 Purines are nucleo-proteins which have important roles in the genetic structures. When consumed from dietary sources, nucleo-proteins can have very significant roles in the body’s metabolic pathways. It is very important to point out that certain individuals have a tremendously increased need for purine-rich foods in their diet, while other individuals have a significantly decreased need for such foods.

The consumption of purine versus non-purine containing foods in the diet marks a pivotal distinction in the different Metabolic Types®. For example, purine-rich organs meats such as liver has the capability of down-shifting the glucogenic (over reliance on glucose for energy) tendencies of a Fast Oxidizing Protein Type. While the same food will increase the “fight or flight” stress response in a Sympathetic-Dominant Carbo Type.

Such dramatic distinctions in different people is a textbook example of the famous statement spoken by the ancient Roman philosopher Titus Lucretius Caras: “one man’s food is another man’s poison.”

Nucelo-proteins have received attention because of their involvement in Gout. It is the contention that individuals with gout should eliminate purine-rich foods from their diet, because for such people, purines increase the production of uric acid, which in a crystallized form can accumulate in the joints and tissues of the body, contributing to the symptoms of gout. While this contention may hold true, this is not the end of the story for purine-rich foods.

In 1972 there was a book published that should have received a lot more attention that it did. The book is titled: “Nutrition and Your Mind: The Psychochemical Response”, by George Watson, PhD. Watson was the first known person to directly identify the effects of nucleo-protein rich foods on the venous blood pH. Watson clearly identified that when an excessively alkaline “slow oxidizer” consumed purine-rich proteins, this made them MORE alkaline, slowing down their metabolic tendencies even more. This is bad news for a slow oxidizer. Conversely. Watson identified that purine-rich proteins create the necessary and essential alkaline pH shift in a fast oxidizer.

It should be pointed out that the degree of acid and alkaline fluctuation in the venous blood pH is relative, as the actual pH exists in an extremely narrow (but significant) range. All venous blood is slightly alkaline. However, Watson (and later Rudolf Wiley, PhD) discovered that even shifts of .01 were very significant. The terms “acid” and “alkaline” shifts are used to distinguish a relative increase in acidity (a decrease of pH) or an increase in alkalinity (an increase in pH).

In a parasympathetic-dominant individual, or a fast oxidizer, purine-rich proteins will halt hypoglycemic tendencies, and will effectively regulate blood sugar.

* Metabolic Typing® is a Registered Trademark of Healthexcel