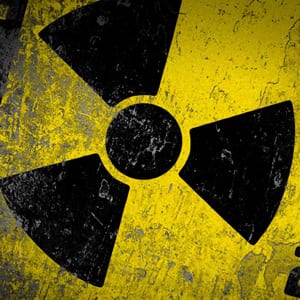 Given the possibility of radioactive contamination from the Fukushima plant disaster, I have been feverishly trying to pull together as much as possible in the way of protecting myself from the potential damage inflicted by radioactive isotopes. I have been researching several manuals and texts that address protecting from radioactive particles.

It is difficult to tell at this stage of the game how much radioactive iodine, cesium and strontium will be released from the initial cloud headed towards the west coast. It appears that if a full meltdown of the plant takes place, there will be significant amounts of radioactive waste in the atmosphere.

My sources for this include a former military contractor who worked as a uranium prospector, as well as his sources which include nuclear physicists. Many believe that the amount of radiation that will make it to the mainland of the U.S. will not be substantial. I hope that this is the case, but I choose to be prepared as best as I can.

Please also consider that government agencies do not want disclosure of potential risks due to the fact that doing so may invoke panic, hysteria and chaos. So it becomes very challenging what to believe. Do your own research and make the best preventative decisions.

I have been using this site to track up to date levels of radiation in the U.S:

I have come to believe firmly that potassium iodate is NOT going to be enough to protect from an onslaught of radiation. Potassium iodate will ONLY PROTECT THE THYROID. There are far more organs, glands and systems in the body that can and will be damaged by radioactive particulate.

It is important not to panic here. Realize that if you are not able to obtain potassium iodate you will still have protection from  the potential damage from radioactive waste if you follow a list of the most potent radioactive protective isolates, nutrients and herbal formulae that have been studied. According to Russell Blaylock, MD as well as the work of Emanuel Revici, MD, the most devastating effects induced by radioactive isotopes is massive lipid peroxidation and the formation of ultra-pathological fatty acids. The result is intense free radical production and cellular destruction. Taking large amounts of cell protective antioxidants may protect your cells from radioactive-induced breakdown.

Some of these have been tested after Chernobyl as well as laboratory mice.

Foods & Supplements That Protect From Radiation