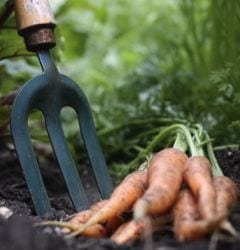 Since “paleo” is the new diet fad, it seems everyone wants their stab at what paleo means to them. You now have vegan paleo, raw meat paleo, snack food paleo with rice protein (haha), canned salmon paleo, Japanese fruit paleo, chocolate-coffee junk food paleo, and even sugar, GMO soy and vegetable oil paleo. You have mega food and big agricultural corporations reeling in on the paleo cash cow. All of this leaves people wondering: “what is paleo”?

Once upon a time long before the paleo diet fad revolution, people used to eat real food. Believe it or not, there actually once were healthy cultures who subsisted on real food, free from diet fads, free from processed, packaged food. Everything was organically grown and raised, nothing was not organically grown and raised. Long ago, before monolithic corporations ruled the food chain and the earth, people readily consumed real, raw and unpasteurized milk. Animals were kept healthy and happy, free from their factory farm slave duties. The secrets of tilling and farming were passed down generation after generation. Children were raised strong and healthy.

Weston Price’s research reveals what health was like in civilizations where the backbone of culture was not a federal agency-prescribed diet or a government subsidized ear of corn. People actually knew how to be healthy. Imagine that. There was no schooling for health needed. No degrees in nutrition, farming or food preparation.

The historical accounts of the healthiest indigenous people has long been forgotten. The wisdom of the people has been exchanged for monolithic chemical companies seizing control over food production, while sheepish humanity passively allowing the takeover to occur.

For the past 120 years, humans have not only been allowed to eat fake food, they’ve been encouraged to eat it. With the industrialization of agriculture came junk science that told people to stop consuming the foods which have been eaten for tens of thousands of years, and start consuming foods that never were, such as partially hydrogenated vegetable oils, corn oil, soybean and other refined vegetable oils. With the soaring rise of heart disease, the agricultural monoliths were raking it in. Think of how much corn the US produces. And how much of those products and byproducts must be made into profit. Its amazing!

The greatest benefit of the paleo fad is its name. The name “paleo” indicates something bigger, something more didactic. It is a sort of identity that people can latch onto: “paleolithic omnivores”. “Paleo” is a heck of a lot better than the names of some of the other diet fads out there, for the sheer reason that it gets people to think about what they should be eating from a different perspective. “Paleo” asks its followers several crucial questions, such as:

What is good about paleo is that it helps a lot of people to wake up to the reality of the food situation: specifically that people have been misled and lied to by government, humans have been conned by multinational corporations and the governments that are in bed with them, and that there are others in the paleo communities who share your views and are part of your pac.

So in order for health to be possible, I believe that individuals need to sort out, wrestle with, discard and adjust their inherited beliefs about what food and health is really about. The journey of health is a journey that only individuals can take.

Obviously, the more convoluted the paleo fad becomes, the more “cooks there are in the kitchen”, the further “paleo diet” is from its origin or intended origin. When someone tells me that they eat “paleo” I really don’t understand what they mean, because there are so many different interpretations of it.

In reality, there are really no names to any diet. There is only the individual’s relationship to his/her food, and the knowledge derived from how that food affects his/her body, for better or for worse.

If calling that relationship “paleo” helps you to identify with something or someone, then all the better. But know that it is the quality of food, the relationship to the food and to the land the food was raised in that matters most. It seems anyone these days can call their way of eating “paleo”. I prefer if you would just pass me the raw butter.