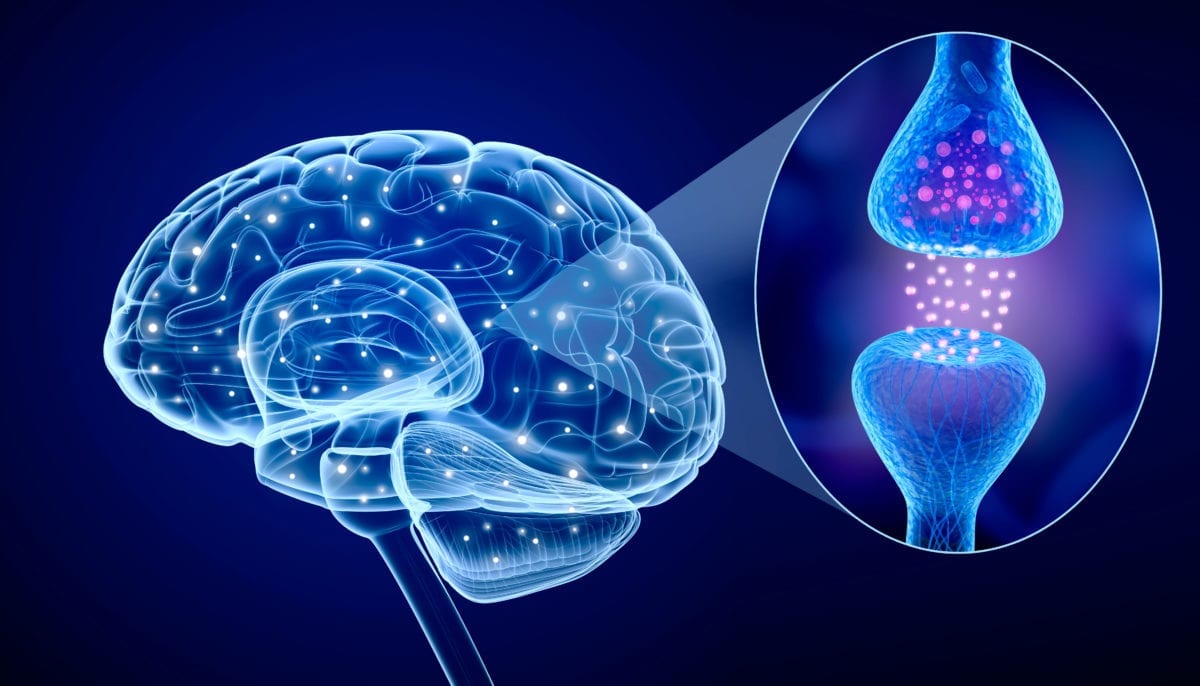 Neurosteroids are defined as any steroidal hormone that is permitted to enter the brain and nervous system, or can be produced by those cells. Estrogens, testosterone, progesterone, DHEA, cortisol, allopregnanolone are all neurosteroids, and as such confer potential therapeutic opportunities for neurodegenerative and deymyelinating diseases, such as multiple sclerosis.

Scientific Evidence for Neurosteroid Use in Multiple Sclerosis

Multiple sclerosis is a dymyelinating, autoimmune disease, that involves multiple genetic and epigenetic factors. The pathophysiology of MS is complex. As of 2018, the greatest genetic risk factor for MS involves variations of the HLA region of genes on chromosome 6 (1). Outside of the HLA gene region, there are over 200 associated genetic risk factors for multiple sclerosis. Epigenetic and environmental factors also significantly contribute to the MS risk and pathology profile. In addition to reported pathogenic vectors being associated with MS, known changes to DNA methylation and histone modification are known to occur (2).

There is an increased need for the pursuit of therapies for MS that can reduce the incidence of relapse, of remitting inflammatory activity, and disease progression. Enter neurosteroids.

A neurosteroid refers to any steroidal hormone that is permitted to enter the brain, from a distally secreted endocrine gland, or in some cases may be synthesized by brain cells directly. Many of the primary steroidal hormones are neurosteroids. Neurosteroids have an interesting profile in that they can act in different capacities, as excitatory, inhibitory, anti-inflammatory, neuroprotective, neuroregenerative. In this sense, the family of steroid hormones are highly pleitropic, not only for the aforementioned effects, but also due to their known ability to attenuate immunological signaling in distal tissues, as well as microglial cells, and the brain’s macrophages.

Most people don’t ordinarily think of using estrogen therapeutically for anything other than sexual effects, or local attributable effects, such as UTI’s or vaginosis. However, when we extend our understanding of estradiol and estriol as pleitropic, we appreciate their great capacity to facilitate neuro-endocrine-immuno modulation.

Strong evidence exists for estrogen to serve as a potent immunomodulator in multiple sclerosis. It’s well known that in MS, disease relapse rates are much lower during pregnancy, when estradiol levels are elevated (3).

In the mid to late 1990’s, researchers began investigating the therapeutic use of estriol (E3) in multiple sclerosis. Estriol is characterized as the weakest of the 3 estrogens, and in terms of the potential for adverse risks (such as cancer, and hyperplasia), estriol has little, if any at all.

In 2016, a group of researchers published their results for a 7-year, double-blind, phase 2, placebo controlled trial, involving 16 neurology centers and 164 female patients (age=18-64). The researchers placed study subjects into 2 groups: glatiramer acetate (20mg injection) + placebo or glatiramer acetate (20mg injection) + estriol (8mg oral). The end goal of the study was to evaluate the annual relapse rate, over 24 months (significance level: p=10). The annual relapse rate for the estriol group was 0·25 relapses per year (95% CI 0·17–0·37), and for the placebo group: 0·37 relapses per year (0·25–0·53). In addition to demonstrating fewer annual relapse rates, the estriol group showed no difference in potential adverse estrogenic effects related to: fibrocystic breast, uterine fibroids, or endometrial thickness (4).

For estriol and MS, it gets better. Progressive multiple sclerosis is also characterized with progressive loss of cognitive function that’s attributed to grey matter degeneration in the brain. Cognitive impairment has been shown to occur in 40-70% of MS patients. In another phase 2 clinical trial, estriol was shown to preserve localized grey matter, compared to the placebo group, while simultaneously higher blood estriol levels correlated positively to better performance on PASAT scores. Attributable benefits of estriol were later confirmed using MRI imaging by this same research team, in a 2018 publication (5).

Not only has estriol been shown effective for treating MS in women, but this steroid hormone has been studied in men as well. A study published in 2004 found estriol worked in both sexes, (as compared to placebo), in demyelinating encephalomyelitis (19). An important point worth considering is that male and female sex hormones exist in both sexes, exert pleitropic effects on physiology, and are potential therapeutic targets.

The neuronal androgen receptor has been identified as a potential therapeutic target in MS, because of the known effects of androgens as remyelinating agents (20).

Gender differences in MS appear to be a differentiating factor in disease presentation. Women typically exhibit more inflammatory lesions, compared to men with the disease, but men will exhibit more “destructive” lesions than women (10).

2 clinical trials involving testosterone and MS parameters were conducted prior to 2018 in male subjects. While gold standards of research were not applied rigorously, these studies did present preliminary research findings, which warrant the use of testosterone in MS.

These 2 testosterone studies used Androgel (a topical testosterone cream). This is not the best form of the hormone to use because of variable metabolism and effect. Nonetheless, 1 year of treatment demonstrated improved cognition, as identified by PASAT scores, as well as reduction of brain atrophy. In addition, these studies found immunological changes related to increased anti-inflammatory cytokine TGFß, as well as reduction in CD4+ lymphocytes, reduction in IL-2 secretion by PBMC’s, and increase in NK+ cells (6, 7).

DHEA-sulfate (DHEA-S) is the most abundant neurosteroid in tissues, and it has particularly high concentrations in the brain. DHEA can be produced by the distal adrenal cortex, and interconverted to DHEA-sulfate. However, DHEA is also produced by glial cells in the brain. Metabolism of DHEA to androsterone is thought to account for DHEA’s anti-depressant effects (8).

Low circulating levels of DHEA-S have been correlated to fatigue in progressive multiple sclerosis patients (9). DHEA functions as an immunosuppressive neurosteroid. This includes it’s ability to reduce the activation of the nuclear transcription factor NF-κΒ, as well as it’s ability to reduce inflammatory cytokines: IL-1β, TNF-α, IL-6, and IFN-γ (12, 13). DHEA does possess certain inflammatory actions as well, including increasing secretion of IL-2, which induces T-cell cytotoxicity. This effect is mediated in part via IgF-1 (13, 14).

Experimental studies have identified that CNS tissues from humans with multiple sclerosis have reduced DHEA biosynthesis. Research has determined that inflammatory cytokines, namely IFN-g (interferon gamma) suppresses CYP17a1, the cytochrome that biosynthesizes DHEA. In this same study, administration of DHEA-S to cell culture, as well as to mice with EAE (experimental autoimmune encephalomyelitis) reduced inflammatory cytokines IL-6, IL1ß, and IFN-g. The study also found DHEA-S administration preserved the immunoreactivity of myelin basic protein, as well as reduced axonal loss in mice with EAE (19).

In 1990, a small, phase 1 trial of oral DHEA in MS patients was conducted (21 patients: 9 female, 12 male) (21). 11 of the 21 patients were taking immunosuppressants. This trial involved taking blood and urine measurements prior to the beginning of DHEA (90mg/day), and then again after 14 days on DHEA, and then every 3 months at higher doses (180mg/day), which was administered after 14 weeks. A total of 8-10 blood and urine samples were collected from each patient in the study. A variety of chemistries were taken, including CBC, enzyme measurements, T-cell subsets and urinalysis. Blood levels of DHEA and DHEA-S were taken at baseline and at 14 weeks. Importantly, all but 1 patient had baseline DHEA values below the population mean. After 14 weeks, all but 3 patients had achieved DHEA values above the population mean, and all patients had DHEA-S values above the population mean. This suggests that 90mg/daily was sufficient to raise plasma DHEA values in most patients. 3 of the 9 female subjects exhibited improvements after 14 weeks, and 7 of 9 male subjects observed improvements. The study documents some of the subjective improvements:

Limitations of this early trial study are that no placebo group was used, there was a small trial size, and subjects were not blinded. Nonetheless, this early study demonstrated the potential for 90-180mg of DHEA in MS, as well as highlighted that baseline DHEA levels are lower in the disease.

It’s worth mentioning that DHEA can act on estrogenic receptors, and potentiate estrogenic effects. This is partly the reason why DHEA is effective in post menopausal women with osteoporosis. Nonetheless, clinicians should understand how to use hormones therapeutically under certain conditions.

Pregnenolone is the mother of steroid hormones, as it is the precursor to all of the others downstream. Pregnenolone is biosynthesized from cholesterol in mitochondria, via the hydroxylase CYP11a2. As a neurosteroid, pregnenolone has been shown to promote neurite outgrowth, myelination, and the enhancement of learning and memory. Therapeutically, pregnenolone administration has been shown to increase downstream neuroprotective neurosteroids, such as allopregnanolone (15). Allopregnanolone has been observed to be significantly reduced in MS (17).

Pregnenolone possesses important immunomodulatory effects that have been shown to modulate the ubiquination and removal of the inflammatory TLR2/4 adaptor protein TIRAP, as well as TLR2 in macrophages. In addition, pregnenolone was shown in vitro to suppress TNF-1 and IL-6, inflammatory cytokines (16).

Allopregnanolone is likely the most well studied neurosteroids, and it holds considerable promise therapeutically in multiple sclerosis. Allopregnanolone is a derivative of progesterone, but it can also be produced via administration of pregnenolone (15).

Progesterone is the precursor of cortisol, and it is also acts as a promoter of one of the main neurosteroids, allopregnanolone. Progesterone largely acts as an inhibitory neurosteroid, acting through the GABA-A receptor (22). As a neurosteroid, progesterone upregulates the crucial neurotrophin, BDNF, and it also acts to increase acetylcholine transmission via activation of CHAT (choline acetyltransferase). Importantly, progesterone increases myelin basic protein, a crucial component of the myelin sheath (23). From a clinical perspective, progesterone is often useful for insomnia, as well as anxiety and depression. A large compendium of pre-clinical studies have been conducted involving progesterone, multiple sclerosis and EAE, but remarkably, I’ve been unable to locate any human clinical trials to date. Pre-clinical trials on EAE, MS and progesterone have identified the ability to increase the TH2 cytokine IL10, reduce disease severity, preserve myelin basic protein and reduce demyelination (24, 25, 26). Nonetheless, progesterone holds much promise in MS given it’s known neurosteroidal effects, as well as it’s ability to increase cortisol (the chief anti-inflammatory stress hormone).