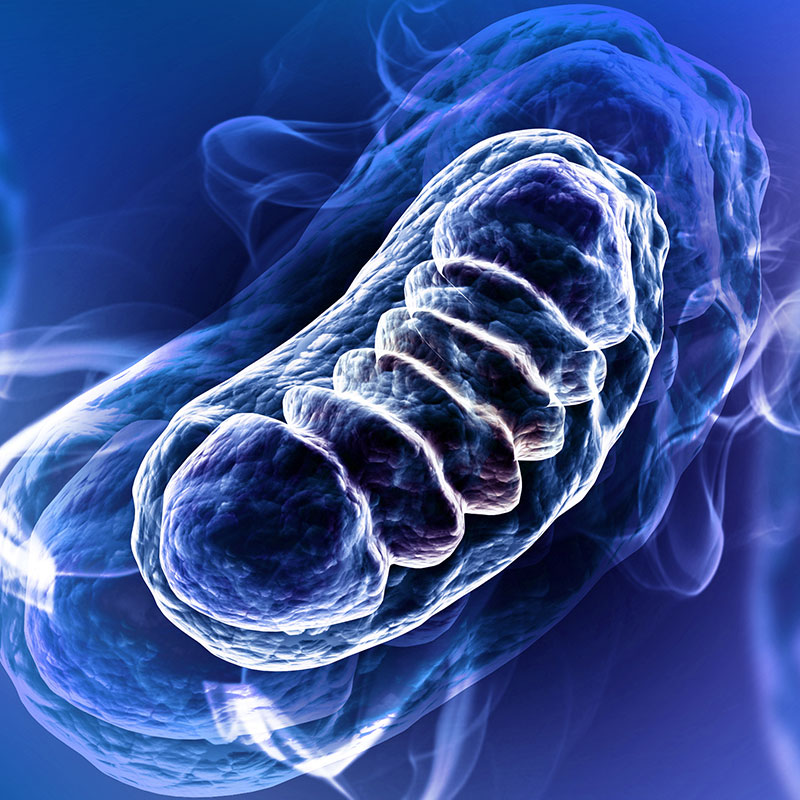 The research of Robert K. Naviaux, MD, PhD regarding the cell danger response (CDR) is groundbreaking and is leading to a new system’s biology view. This new system’s biology has the potential to significantly improve current medical paradigms, through recognizing the inherent patterns in how cells behave during periods of danger and stress. The CDR research alters the way in which medicine is practiced, and appropriately deconstructs the linear, ’cause and effect’ models of disease pathophysiology. Furthermore, the CDR research provides us with new information regarding how our mitochondria, cells, tissues and our autonomic nervous system function as part of a unified system. The CDR not only deeply elucidates core concepts of chronic disease from a system’s viewpoint, Dr. Naviaux’s work also provides a roadmap to learn what we don’t yet know.

Cell Danger Signaling & The Altercation of Metabolism In Response to Danger

“A gene or process that has remained relatively unchanged throughout evolution, due to it’s uniqueness and essentiality to life”.

A fundamental function of every cell is to protect itself when it senses threat or danger. This is the basic energy of survival revealed at the biological level; so significant that it transcends genetic variation. Much of the effort to protect, maintain and defend the integrity and life of the cell occurs due to the mitochondria. The belief that the mitochondria function to produce ATP used for all physiological processes is true, however incomplete. Mitochondria are also integrally involved in regulating the behavior and energy-producing capacities of the cell during states of danger. Moreover, mitochondria coordinate danger signaling, maintain it, and are essential in order to turn the tides of biology back to homeostasis once the threat of danger has been resolved.

Each cell of the body except for red blood cells possess on average 500-1,500 mitochondria. Mitochondria are best known for their ability to generate ATP from respiration, and to serve as the primary regulators of cellular metabolism. However, there are many functions of the mitochondria that extend beyond their ability to produce energy. One of the key functions of the cell danger response is that mitochondria coordinate the different stages of danger signaling. This occurs largely through the mitochondria’s ability to alter the rate of metabolism, and to efflux cellular ATP out to the extracellular environment (extracellular ATP is eATP). In cell danger signaling, ATP and other nucelotides serve as key signaling molecules to initiate and perpetuate the danger signal, as well as to communicate with neighboring cells.

Integral to the process of danger signaling is the activation of purinergic receptors. A review of the literature reveals that purinergic receptors are among the most abundant receptor types in all of mammalian biology. One such receptor, P2x7 appears to function as a gatekeeper of CDR biology. Blocking this receptor is believed to stop or alter the danger signaling by way of inhibiting eATP, and/or the loss of ATP from cells.

A phase I/II clinical trial study involving the hundred year old drug, Suramin was trialed on 10 autistic boys, controlled for by a placebo group. Suramin is a known “anti-purinergic”, with inhibitory effects on various purinergic receptors, including P2x7. The results demonstrated that low dose Suramin (50mg), administered only once, was safely tolerated, and resulted in positive responses with the rate of language, social behavior and development (1).

One of Dr. Naviaux’s great contributions has been his elucidation of the stages of the CDR. This research is laid out in his publication: ‘Metabolic features and regulation of the healing cycle—A new model for chronic disease pathogenesis and treatment’ (2).

These 4 stages provide an extensive roadmap for understanding how the CDR can result in certain diseases and conditions. An important point of clarification is that Naviaux identifies the CDR itself as the body’s own healing cycle. In other words, the CDR is our cells’ system for protecting us from something harmful. The CDR can become a problem if an individual gets stuck in a certain phase of the cycle, or if one of these 3 phases of healing can’t transition to the next phase. In this sense, we can question our linear way of looking at the problem of chronic disease.

There are many mythologies in medicine, many notions that we are at war against a certain disease. According to this mythology, if you are able to block or inhibit some pathway, kill some microorganism, you are able to cure the patient. This linear way of looking at the problem doesn’t take into consideration the complex counter-regulatory responses of the body, nor the ancient processes that guide the biology and physiology towards its own self regulatory healing. By looking at the CDR as the body’s healing cycle, we’re able to put on a non-linear lens, and to see pathology in a new light, one that appreciates the complex interactions between the host and it’s environment, as well as how the body is trying to work for us, rather than against us.

In this seminal work, Dr. Naviaux deconstructs his own ideas of the CDR, by warning of the inherent risks of blocking the CDR through “tonic, single stage interventions”. Treating one CDR-related disease may result in a different disease involving a different CDR stage.

Each of the 3 main stages of the CDR are governed by checkpoints (CP1, CP2, CP3), which, according to Naviaux are a collective series of signals that serve to interrogate mitochondria and to facilitate the next phase of the cycle. Each stage of the CDR involves distinctly different mitochondrial functions, as well as the expression of various genes in each stage.

The CDR & The Future of Personalized Medicine

Our inherent differences is what makes us individual and unique. Even among identical twins with identical DNA, the development and expression of disease is unique. The medicine of tomorrow must evolve to recognize the fact of biological individuality. Within that framework, cell danger response biology informs us of the body’s cycle of healing. Even within the CDR, inter-individualistic differences will involve genetic, epigenetic and environmental interactions.

In his first paper on the CDR, Dr. Naviaux informs us of the different nutrient pathways affected by the CDR (3). This is very relevant because how the cells utilize nutrients such as Vitamin D, B-6, folate, and phospholipids depends on whether or not a CDR is active. From a clinical perspective, this sheds light on why many patients with active inflammation and autoimmune processes do poorly with methyl groups such as SAMe or methylfolate. This also may explain adverse effects of supplemental B-6. During certain states of inflammation, Vitamin B-6 can be converted towards inflammatory sites in the body. Another example is the amino acid tryptophan. When inflammatory signaling is present, more tryptophan can enter into the kynurenine pathway, leading to increased synthesis of quinolinic acid. This can pose many problems because quinolinic acid functions as a neurotoxin under inflammatory conditions. Being able to establish how a nutrient or drug will function in an individual is a challenging task because of the complexities and interaction of variables. CDR research opens the door for a method of how and when to better utilize therapeutic agents.

Another aspect of personalized medicine is related to individual differences in genes, as well as their expression in pathology. As laid out in his paper on the healing cycle, Dr. Naviaux maps out a list of genes that are involved in the different CDR stages. Targeting these gene expressions may be critical to help facilitate the transition between CDR stages, or to attenuate the amplitude of a certain CDR stage. For a case study example, I have a client with ulcerative colitis (UC). UC is classified as a CDR-2 type of disease, and target genes involve mTOR, HIF1a, p.21, p.53 oncogene, among several others. Chronic UC results in scarring and fibrosis, a characterized disease processes caused by excessive CDR-2 activation. The client reports that prolonged fasting markedly improves his condition. Fasting and intermittent fasting are known inhibitors of mTOR signaling and modulates p53 and p51 expressions (4, 5, 6). Intermittent and prolonged fasting induces autophagy. Autophagy is a critical cellular clean-up process necessary to antagonize excessive cell proliferation, fibrosis and scarring conditions. The ability for CDR research to translate into clinical applications is necessary in order to pass the test of efficacy.

CDR research opens the door for personalized medicine, as well as for learning what we don’t yet know. In many respects, cell danger response research has only begun. For one, individualized genetics matched to CDR stage, and gene expression data through multiomics profiling, envisions a new genesis of personalized medicine. As mentioned, the ability to translate this critical research into clinical applications is essential going forward.