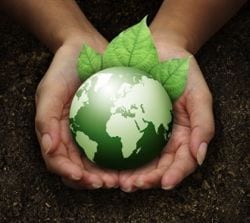 Minerals are the pervasive and ubiquitous catalysts for cellular functions. Some minerals function to increase the electrical potential of cells. Other minerals function as metalloenzymes, which then can act as enzyme reactors in cells, signal transducers and messengers. In human nutrition, minerals play pivotal roles in the body’s multitude of functions. Aberrations in mineral activity, and nutrient mineral deficiencies are common among degenerative conditions.

Primary electrolytes are sodium, potassium, magnesium, sulfate, phosphate, calcium and chloride. Intrinsic relationships between certain minerals play very important roles in how sufficiently energy is generated by cells. For example, the ratio between sodium and potassium is primary for the electrical conductivity of cell membranes. This ratio can be used in many ways to identify functions of adrenal activity, digestion and hormone synthesis as well.

The ratio between calcium and phosphorous has been studied extensively by nutritional pioneers Page, DDS and Hawkins, DDS. Both found that when phosphorous levels were decreased, calcium tended to precipitate out of body fluids, where it could then accumulate in bodily tissues.

The electrolytes chloride and sodium aid in the stabilization of blood pH. Both of these electrolytes are required in order for the stomach cells to produce hydrochloric acid. Deficiencies in sodium can result in low blood pressure, problems synthesizing hormones, and digestive issues.

Magnesium is required for three critical enzymatic reactions in glucose metabolism: pyruvate carboxylase, phosphoenol-pyruvate carboxykinase and fructose 1,6 biphosphatase. Additionally, magnesium plays key enzymatic roles in various hormones which have a regulatory effect upon gluconeogenesis, namely insulin, glucagon, adrenaline and cortisol. Magnesium deficiency can negatively affect the functionality and production of the hormones of the pancreas, namely insulin and glucagon.

Zinc and copper both are critical for normal hormone synthesis. Zinc is an activator of 200 enzyme reactions in the body, is required for pituitary gonadotrophin, and is needed for testosterone synthesis. Copper functions as a stimulant for several neurotransmitters and is closely related to estrogen. There are existing correlations between estrogen dominance and copper toxicity.

The mineral iodine is pivotal for thyroid hormone synthesis. Deficiencies of iodine are known to play a role in some thyroid conditions. Deficiencies in iodine result in decreased concentrations of T3 and T4.

The trace mineral selenium is critical for glutathione production. It serves as a sulfhydrl agent and assists glutathione utilization. About 30% of selenium in the body is bound to glutathione peroxidase. Glutathione is the body’s most ubiquitous and concentrated endogenous antioxidant. Selenium also assists the antioxidant capabilities of Vitamin E, scavenging peroxides, and protecting cell membranes. Selenium has a powerful affect on all aspects of immune system function, including cell mediated responses, lymphocyte sub classes as well as enhancing the function of neutrophils. Selenium has been demonstrated to improve kidney function by increasing GFR (glomerular filtration rate) as well as significantly improving the clearance of creatinine from the kidneys.

The trace mineral manganese is essential for the synthesis of superoxide dismutase (SOD), an antioxidant that plays an important defensive role in all cells exposed to oxygen. Oxygen induces reactive oxygen species (ROS’s), which are free radicals that destroy cells and tissues. Also essential for SOD synthesis are the minerals zinc and copper.

Much has been written regarding mineral deficiencies. A lot of this can be attributed to soil depletion due to large-scale commercial farming practices. Other causes of mineral deficiencies may be due to poor organ and glandular functions, toxicity, the interference of certain medications and poor dietary habits.

Magnesium deficiency is considered to be an epidemic by many. This may be due to depleted soil magnesium levels, as well as the long term use of certain medications such as PPI’s (proton pump inhibitors). PPI’s have shown in several studies to reduce and significantly inhibit the assimilation of magnesium and iron due to the inhibiting effect PPI’s have on stomach acid (HCL) production.

Several minerals are particularly dependent upon sufficient levels of HCL: calcium, magnesium, iron, zinc, chromium. Hypochlorhydria is a condition where there are chronically low levels of stomach acid. Due to the essential roles magnesium and calcium play in bone and skeletal health, hypochlorhydria and longterm PPI use is strongly associated with the development of osteoporosis.

Diets that are deficient in essential minerals will quite easily result in systemic mineral deficiencies. If an individual has digestion and assimilative dysfunction due to mucosal barrier breakdown, or villus atrophy, this could also lead to a deficiency of certain minerals.

It is known that organically grown vegetables have a higher concentration of minerals and trace minerals than conventionally grown produce.

Potassium is found abundantly in virtually all plant foods, especially vegetables and fruits. Most notable sources of potassium are avocados, spinach and kiwi. Sodium and chloride are found naturally in sea salts as well as in food sources such as celery and zucchini.

Magnesium is found in many food sources such as dark green vegetables such as kale, spinach, collard greens, as well as in nuts and seeds and whole grains. Magnesium is one particular mineral that is believed to have suffered the effects of soil depletion due to industrial agricultural practices.

Iodine is found primarily in see vegetation such as nori, kelp and wakame, as well as in fish and seafood.

Chromium is found in egg yolk, liver, oysters, wheat germ. Manganese is found in considerable concentrations in cinnamon, clove, egg yolk, nuts and seeds and some fruits such as blueberries and avocados.