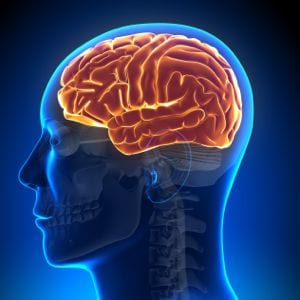 Metallothionein is one of the most powerful antioxidants that the human body produces. But it is one that doesn’t get a lot of mainstream press, and its somewhat complex in its functions. Within the antioxidant and anti-aging world, there has been more emphasis on glutathione and other antioxidants such as lipoic acid, CoQ10 and SOD. However, much recent experimental research has found that metallothionein might play a vital role in preventing and halting the neuronal degeneration of Alzheimer’s disease, as well as protecting the intestinal barrier from heavy metal toxicity.

Like its cysteine-rich counterpart glutathione, metallothionein has a powerful capacity to inhibit free radicals,  binding to toxic metals such as mercury, copper, cadmium and arsenic, thereby increasing cellular detoxification.

There are 4 different types of metallothionein: MT-1, MT-2, MT-3 and MT-4. Although each similar in their molecular compositions, the MT’s have affinities for different organ systems.

Metallothionein works synergistically with glutathione. They are both key, cysteine-rich antioxidants that have the ability to bind to a wide variety of free radicals and toxins. When glutathione is oxidized, the toxic metals are transferred over to metallothionein for removal and excretion.

There are overall, 22 known nutrients that work to promote metallothionein (MT’s) expression. The most common nutrient in these regards is the trace element zinc. Other important nutrient components of MT activity include: selenium (enhances glutathione/MT relationship), and the amino acids: histidine, serine, arginine, threonine and lysine. (7)

Its well established that zinc is an extremely powerful promoter of metallothionein synthesis. Research has shown that both metallothionein and zinc play powerful roles in preventing and restoring the damage in the gut barrier. Damage to the intestinal barrier can lead to serious conditions, such as leaky gut, colitis and Crohn’s Disease.

One of the primary reasons that taking high doses of zinc stops severe diarrhea is due to the immediate increase in metallothionein from increased zinc status.

In the brain, metallothionein is expressed as MT-3, and is a key antioxidant in the blood/brain barrier, capable of binding to and preventing brain exposure to cadmium, mercury, arsenic, copper and other toxic metals. But what if metallothionein is decreased in the brain?

Alzheimer’s disease features a tremendous increase in oxidative stress to the brain. Research has found strong associations between mercury poisoning and Alzheimer’s. Rats exposed to mercury develop the identical biochemical brain imbalances as Alzheimer’s in humans (4).

A 2013 study from the Proceedings of the National Academy of Sciences has found that copper toxicity plays an important role in Alzheimer’s disease development. According to the head of the study, Rashid Dean, PhD: “It is clear that, over time, copper’s cumulative effect is to impair the systems by which amyloid beta is removed from the brain.”

While copper is an essential nutrient, it becomes a powerfully reactive toxin when free and unbound. Now get this: A very important feature of metallothionein is to bind to copper. MT rapidly binds to copper and also enhances its utilization. However, if the copper is free and unbound, you have a situation of powerful free radical toxicity that ensues.

In Alzheimer’s disease, studies have shown that metallothionein-3 (the form of MT expressed in the brain) is significantly decreased. The expression of MT proteins in Alzheimer’s is 1/3rd that of normal brains.

Do we have a working theory here? Metallothionein, a powerful cysteine-rich, zinc-powered antioxidant, is protective of brain cells, binds to a variety of toxic metals, including mercury and copper (zinc and copper are also antagonistic), the toxicity of which are strongly implicated in Alzheimer’s disease. A deficiency of metallothionein leads to an inability to scavenge toxic mercury, cadmium, copper and other metals. Metals accumulate in tissues. End of story? Nope.

APOE4 gene mutations are considered a major risk factor for the development of Alzheimer’s disease. APOE (apoloprotein E) are mediators of cholesterol metabolism. According to research, carriers of APOE4 double mutations have 10-30X higher risk of developing Alzheimer’s. However, these projections don’t always play out in reality. At current estimates, 1/3rd of Alzheimer’s patients don’t have APOE4 mutations.

Most of the recent research on APOE4 has centered around the accumulation of oxidized cholesterol in the brain, contributing to the build-up of beta amyloid plaque. However, there is dissenting opinions as to whether the cholesterol theory of Alzheimer’s has merit. Stephanie, Seneff, PhD, an MIT scientist has reason to believe based upon literature that statins, (cholesterol-lowering drugs) actually cause Alzheimer’s.

University of Kentucky retired chemist Boyd Hayley, PhD has been very vocal on APOE4 mutations and Alzheimer’s. He believes that carriers of APOE4 mutations are susceptible to Alzheimer’s because of APOE4’s “lack of a cysteine” amino acid, and consequently, the inability for APOE4 (a “housekeeping, protective protein”) to scavenge mercury from the brain. Whereas APOE2 bears cysteine, and is considered protective of mercury.

Remember that cysteine is a critically important sulfur-bearing amino acid in glutathione synthesis, as well as in metallothionein synthesis.

Pay close attention to future research that explores the relationship between APOE and metallothionein, as well as therapies that may help to promote the synthesis and expression of important antioxidants like MT.

There is no doubt that future research in this field is needed critically. Bringing attention and recognition to metallothionein as an important, functional antioxidant is highly warranted.

Michael and Julie offer a variety of Health and Nutrition consulting services. Click Here to find out how you can benefit from a private consultation.