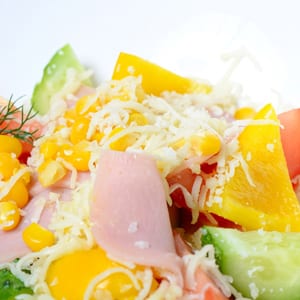 The basic concepts of Metabolic Typing® are not new. They have existed for thousands of years. The ancient Roman philosopher Titus Lucretius Caras stated that “one man’s food is another man’s poison.” Ancient Ayurvedic medicine in India recognized that the 3 dosha types (vata, pitta, kapha) have a tremendous influence upon the nutritional requirements of individuals. Traditional Chinese Medicine (TCM) recognizes the dualism of Yin and Yang and their influence over the human body.

The modern day system of nutrition called Metabolic Typing® is the result of a number of observations that various 20th century clinicians had made. Weston Price’s anthropological research opened the flood gates for a deeper investigation into modern day nutriton and biochemical research.

Melvin Page, DDS, a dentist practicing throughout the 20th century made some important discoveries regarding how the nutrients calcium and phosphorous had certain effects within the autonomic nervous system. The early 20th century physician Frances M Pottenger, MD, also contributed to some of the early research into the autonomic nervous system and how various nutrients affected it.

For 77 years during his clinical practice, the Romanian born physician Emanuel Revici, MD layed out an astounding body of work, which revolved largely around chemistry, and the dualistic balance of lipids in the body,  which is inexorably tied to the permeability of cell membranes, referred to as anabolism and catabolism. Much of Dr. Revici’s work of biological dualism carries the similarity of the yin and yang concepts of Chinese Medicine, from a western-based scientific window.

The widely published and accredited biochemist Roger Williams, PhD had discovered Vitamin B-5 and named folic acid. In 1956, he wrote an important book “Biochemical Individuality: The Basis For the Genotrophic Concept”. The book elucidated the need for addressing individual concerns in human biochemistry and nutrition.

William Donald Kelley, DDS, another dentist was probably the first to definitively systematize the basic metabolic distinctions in 3 categories. Kelley was the first to use the term “Metabolic Types”. As he began researching the work of Pottenger and Page with the autonomic nervous system and its influence upon human metabolism, he found classified individuals as either:

The irony of how Kelley reportedly discovered the three different types was through accident, rather than intensive research. Kelley had developed pancreatic cancer which had metastisized. He was given a very short death sentence of several weeks to live. Changing his diet to that of a strict vegetarian kept him alive beyond the date of death sentence, and in fact 40 years beyond it. But reportedly it was years later that he incidentally discovered the existence of the Carnivore Type, through the healing of his wife. Kelley researched the effects that certain nutrients have in the body, based upon the influence they induce within the 2 branches of the autonomic nervous system. One example is that calcium induces a “sympathetic”, activating response, whereas potassium and magnesium tended to induce parasympathetic nervous system activation.

The implication is that certain individuals are more “sympathetic dominant” and others “parasympathetic dominant”. Eating certain foods and nutrients relative to your own nervous system’s tendencies reduced the excessiveness of your imbalance. This concept can be thought of as an aspect of “biological dualism”.

Along came George Watson, PhD, a psychologist with his 1972 book “Nutrition and Your Mind: The Psychochemical Response”. Watson’s primary work was identifying the biochemical imbalances that exist in certain individuals with so called “psychological disorders”. Interestingly, Watson had come to believe that there were also 3 basic types, which he called:

Watson’s school of thinking was that the intracellular process of energy production had a major influence upon the brain and nervous system and thus, biological energy production. Watson identified that within Kreb’s cycle metabolism, individuals had very different nutritional needs due to individualistic distinctions in how energy is made in cells. Watson’s 3 types were basically the same as the Kelley types, although his contention was that the intracellular Kreb’s cycle was responsible for determining the necessity of food and nutrients. Kelley’s camp maintained it was the autonomic nervous system’s influence.

Here you have two different clinicians (Kelley and Watson), apparently not in communication with each other, who had made very unique and similar observations, specifically that with all people, there are basically 3 classes of basic types of nutritional needs: a type of person who needs greater amounts of fat and protein regularly, a person who needs greater amounts of plant foods and carbohydrates, and a type of person who is somewhere between these two. In their own right, they each had a significant amount of case studies which demonstrated the classification of there being 3 different basic types.

As the story goes, there was a lot of quarreling and debate over which of these two systems was the true and accurate Metabolic Typing system. Reportedly many of Kelley’s patients did not fair well with their nutrition guidelines. It was William Wolcott’s 1983 discovery which led to a revelation, which he termed the “dominance factor”.

Wolcott was Kelley’s clinical assistant. He eventually went onto become Kelley’s medical director for 6 years. Wolcott observed all of the successes and failures of the Kelley program with many thousands of the patients. One of Wolcott’s interests was in why many of Kelley’s patients failed to improve their health. When Wolcott began researching the work of Watson, he came to an important realization. This realization was that both Watson and Kelley were correct. However, the apparent discrepancy was resolved when he realized that a person had either an oxidative “dominance” or an autonomic nervous system “dominance”. Thus, a person’s “dominance factor” defined the Metabolic Type and classified it as being either autonomic nervous system-related or related to oxidative tendencies.

Somewhere along the line, a number of other schools of “Metabolic Typing” had surfaced. Some of these are based upon Hair Tissue Mineral Analysis, others based upon other sorts of clinical testing.

Homeostasis is the body’s regulatory ability to maintain a state of dynamic equilibrium. It is dynamic in the sense that change is the only constant. Biological dualism in this context specifically refers to the various biological binary forces, which create a sense of dynamic balance through their opposition. A major influence upon Metabolic Typing and its adjacent concepts is the research of Emanuel Revici, MD. Revici pioneered investigative research in the field of cell membrane lipids and organic chemistry. His research led to the dualistic nature of anabolic and catabolic forces in the body. In his 1961 text “Research in Physiopathology As Basis of Guided Chemotherapy, with Special Application to Cancer” (ch. 4, pg.43), he discusses biological dualism:

“As we have observed above, dualism prevails in nature. The concept of an oscillatory dynamic balance-the result of alternate operation of opposed forces-has been of special value in the study of most of the physiological phenomena. Over the years we have also constantly observed that in most physiopathological manifestations, dualistic patterns can be recognized. This dualistic pathogenic concept has helped to guide our study of disease.”

The concept of biological dualism pertains not only to anabolic and catabolic forces in the body, but also to other fundamental, regulatory components of metabolic activity: