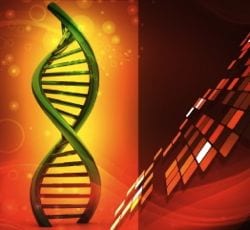 It is important to address that the information regarding CBS pathway activity is still very new,  and not everything is well known or understood with regards to what is actually taking place in individuals with said gene mutations, biochemically speaking.  Time, further research and empirical observations are needed in order to gauge the situation more fully.

CBS (cystathionine beta synthase) is a gene that converts homocysteine into cystathionine.  The CBS pathway is the gateway into a number of essential biochemical processes.  The biochemical pathways that follow and are linked to CBS are Transsulfuration and Glutathionine Synthesis.   It is essential to address that Glutathione (GSH) is among the most important endogenously-produced antioxidants in every cell of the body. Glutathione activity in cells is critical for normal detoxification and defense mechanisms in every cell.

In the CBS pathway, the sulfur amino acids are removed, if they are in excess. However, under certain circumstances, it appears that abnormalities can ensue, causing an excessive pooling of sulfur groups.

As a result of normal cystathionine reactions, ammonia is generated, glutathione gets made, hydrogen sulfides are converted into sulfites and then into sulfates.

Many scientific peer reviews have focused on Decreased CBS pathway activity. The primary factors that may result, in these regards are hyperhomocysteinemia and the genetic condition, homocystinuria. Elevated levels of homocysteine are implicated in both cancer and cardiovascular disease.  In these regards, one mechanism that may exist for lowering elevated levels of homocysteine in some individuals is taking supplemental NAC (n-acetyl cysteine). NAC is the precursor of glutathione.

However, based upon recent, empirical observations by numerous clinicians and researchers, another scenario has emerged: that certain individuals are predisposed towards  ELEVATED, or “up-regulated” CBS pathway activity.   In our world of biological dualism, we can all appreciate that, as Schenker, DC aptly points out: “all physiological systems are maintained through a negative feedback mechanism that operates in a dualistic manner. Dualistic means that for every normal condition, there are 2 abnormals-abnormally high and abnormally low.”

The old adage of ‘one person’s medicine is another person‘s poison’, is applicable in regards to CBS pathway activity.

Elevations in CBS pathway activity may be more likely to occur in individuals who are ++, or +/- in the following genetic mutations:

Additionally, clinical observations have been made indicating that even without a CBS mutation, there may still be elevated CBS/transsulfuration activity.  This may be true of individuals with BHMT “down-regulations”, specifically in individuals who are ++ or +/- the following mutations:

Based upon recent observations, CBS pathway “up-regulations” will result in a higher production of ammonia, urinary sulfates, as well as decreases in Glutathione (GSH) synthesis, and/or possibly imbalances in GSH’s redox (reduction/oxidation) ratio.

A major problem with CBS up-regulations besides the inhibition of normal GSH activity, is that there may be a very high loss of methyl groups because they are drawn down through the up-regulated CBS pathway. In this way, CBS up-regulations behave like a toilet that is broken: the water does not refill, and instead flows down the drain continuously.

This is a potentially catastophic scenario, because methyl groups are essential for other methylation reactions at other critical junctions.  Not only would someone with a CBS up-regulation be losing methyl groups, as well as the primary antioxidant defense in every cell (glutathione),  any additional methyl groups from diet or supplementation could cause a potential surge in CBS up-regulations. The result of this situation is a potential toxic overload of many substances, such as ammonia, sulfite, sulfate and hydrogen sulfide, and whatever else that comes along for the ride.

How each person with CBS up-regulations is affected by methyl group surges is likely very individual. There is no simple way to predict how a CBS mutation is affecting every person. It has been reported that when active CBS up-regulations are present, there does tend to be a decrease in toxic metal excretion, through various pathways, including hair, urine and stool. Furthermore, reducing excessive CBS pathway activity has demonstrated in many instances improvement of metal detoxification, likely through improved GSH status, and/or the redox ratio and the intricacies contained therein.

It is critical to point out that CBS abnormalities, abnormally high, or abnormally low values may or may not appear in those with genetic mutations for CBS or BHMT.  Although, it appears that individuals with CBS and/or BHMT genetic mutations are more vulnerable to CBS pathway up-regulations.  The following lab data may warrant investigation, or be used to confirm an up-regulation of cystathionine beta synthase (CBS):

I take authorship for identifying two observations on a standard blood test that I have witnessed correlate with CBS pathway up-regulations:

What To Do About It

Often times, CBS up-regulations need to be prioritized with other existing gene mutations, or methylation pathway abnormalities. The strategy for improving function in these regards is highly individual, and necessitates individualized intervention.

Many researchers claim that individuals who are CBS ++ or +/- , or who have CBS pathway up-regulations, must eliminate flesh proteins.  However I have found this not to be the case, in most instances.

It may be a necessary consideration if one has CBS up-regulations, to reduce one’s total sulfur load,  and this may require a reduction in protein, in some instances. From my initial observations, which are limited in number,  reducing or eliminating sulfur-heavy vegetables (cruciferous, garlic, onions) and eggs seems to be the biggest factor for most people. More research and observations are needed.

Restriction of supplemental methyl groups is important. We all need methyl groups, but those with active CBS up-regulations  need to be cautious with how much sulfur and how many methyl groups they are taking in daily.  This includes common supplements such as: L-methionine, L-cysteine, L-taurine, MSM, Glucosamine,  L-Glycine, DMSO, SAMe, NAC, methylcobalamin, methyl-folate, Betaine HCL, Choline. Restricting Vitamin B6 may also be warranted in CBS up-regulations. P5P (pyridoxal 5 phosphate), however, does not appear to increase CBS activity.

Strategies and protocols that help the body to manage CBS up-regulations:  B-12 Hydroxycobalamin, Yucca root, FOS’s, Dr. Amy Yasko’s Ammonia Support RNA, activated charcoal, GABA, Alpha Ketoglutarate, Ornithine, Arginine (arginine and ornithine may be contraindicated for those with NOS gene mutations), CoQ10.   It is clear that the issue of CBS pathway up-regulations are highly clinically significant for many people.  CBS genetic mutations appear to be a “loaded gun”. However, gene mutations should not be the only factor that is considered, because the pathways can be obstructed through any number of epigenetic factors.

More research is needed in order to understand the deeper biochemistry of the mechanisms at stake,  as well as better suited strategies for handling these imbalances.