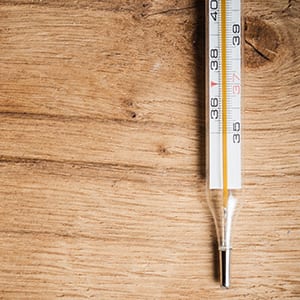 The incidence of mercury toxicity is rampant among people today. In my nutrition practice, I have seen how mercury poisoning has contributed to, and in many cases caused a long list of health conditions. Most common health issues associated with mercury toxicity:

The Most Common Sources of Mercury Toxicity

If you have just received a silver filling, you should know that 50% of it contains mercury. Any friction, chewing, breathing and swallowing (especially hot liquids) causes mercury vapors to be released into the body.

The FDA and the AMA refuse to acknowledge the issue of mercury toxicity from dental carries (no surprise). You should also be aware that the fillings arrive in your dentists office in a bio-hazard box.

I strongly urge you to get the fillings removed by a competent biological dentist. If your dentist does not use a rubber dental damn when removing the fillings, he/she should be reported and you should file a lawsuit. Failing to use industry appropriate protocols when removing neuro-toxic substances exposes you to dangerous mercury vapors.

The overwhelming majority of fish and seafood is contaminated with mercury and other toxins. The fish that are worst off are: swordfish, tilefish and tuna. I have worked with people, who after consuming large amounts of sushi over a long period of time, became plagued with health problems.

The fish that are the safest to eat are the smaller fish like salmon, sardines, herring an anchovy because they are smaller on the food chain. These fish are only suitable for protein and mixed types because they contain a higher purine content. Carb Types generally don’t do well with these fish.

Many vaccines contain as much as 12.5 micrograms of mercury per dose. In addition to mercury, vaccines always contain other toxic substances such as antigens, diseased animal tissue, aluminum, formaldehyde and chemicals.

Autism in children is a raging epidemic. Many experts believe that mercury from thimerosal-containing vaccines is a major cause for the neuro-degeneration associated with autism.
Medical authorities today are recommending an astounding 26 vaccinations in children by six months of age.

Detoxifying Mercury from the Body

Fortunately there are methods for detoxifying mercury from the body. EDTA and DMPS chelation therapy is a method that was originally intended for industrial purposes.
While these methods are shown to be effective at taking mercury out of the body, they can significantly deplete the body of essential nutrients as well.

The problem is that once a person is weakened from mercury poisoning, depleting the body of nutrients is a bad idea. In a toxic state, the body NEEDS additional nutritional support to aid in the repair and functioning of depleted organs and glands.

You should always run safe and effective protocols for detoxifying mercury. This should include using tests like Hair Mineral Analysis and urinalysis to identify the extent of toxicity, as well as to track its excretion.

The methods that I use to help a person detoxify mercury are safe, effective and won’t deplete the body of nutrients. I take into account the person’s entire biochemistry first.

Other Procedures that Help Rid the Body of Mercury

Infrared Light Sauna Therapy has been shown to eliminate metals by having a profound effect on neural connective  tissue. An infrared sauna can be easily constructed for about $100, or one can be purchased here: www.drlwilson.com

Distilled Water is useful during certain periods of mercury detoxification, because distilled water is believed to extrapolate metals through the urine. Be cautious with too much distilled water, because it may cause the elimination of certain nutrient minerals.