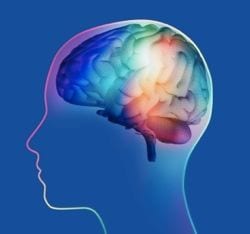 As insane as this situation appears, this is an example of how a diagnosis is made in conventional psychiatry. Despite the enormous amount of psychiatric medications prescribed annually, almost all diagnoses is made solely on a behavioral basis. No physiological testing is conducted, no neurotransmitter analysis, no blood, no urine analysis, no biochemical analysis. Zero. And despite this radical departure from scientific inquiry, psychiatrists are legally allowed to prescribe brain altering chemicals, most of which change how the brain functions and creates dangerous chemical dependency.

22% of Americans suffer from a so called “mental disorder” of some kind. This can include: depression, bipolar, schizophrenia, anxiety, as well as “behavioral disorders” such as attention deficit and OCD. There are now other ambiguous mental disorder labels such as “borderline personality disorder.” Again, none of these disorders are diagnosed through any scientific, biochemical means. They are diagnosed through subjective, behavioral symptoms alone.

The US government has invested one trillion dollars in the “war on drugs” since the early 1970’s. And yet the most chemically and physically addictive, (not to mention most profitable drugs) are available legally by psychiatrists. And one needs no biochemical testing done to be prescribed these drugs.

Epigenetics is the study of how the environment influences gene expression. Environment can be anything from diet, nutrient deficiencies, toxicity and the impact of physical trauma and stress on the how your genes are expressed. In recent years, there have been emerging studies that definitively link epigenetic changes in gene expression with schizophrenia and bi-polar disorder. This means that your genes do not rule you, as much as your diet, lifestyle, toxicity-related factors and stress may rule how your genes express mental illness (as well as huge groups of other disease processes).

One study in particular was conducted on 22 pairs of identical twins. Identical twins have identical DNA. However one twin among each pair expressed bi-polar or schizophrenia, and the other did not. Researchers investigated why this was the case, despite having identical DNA. In the mentally ill twin, researchers found significant changes in how certain genes were methylated. In some cases, there were significant over and undermethylation of certain genes that were present, due to epigenetic altercations.

This means that some type of environmental influence is responsible for causing mental illness in these identical twins.

The implications with improper methylation is now being seen as causative triggers in several groups of disease processes, such as neurological inflammatory diseases like parkinson’s, alzheimer’s and autism. Autoimmune diseases such as MS (multiple sclerosis) lupus, and RA (rheumatoid arthritis) are strongly associated with epigenetic methylation mutations. For nearly 30 years, it has been known that cancer involves over and undermethylation.

Mental Illness: Abnormal Methylation Has Been Seen For Decades

For decades a number of pioneering researchers have been studying the biochemical activity in mental illness. The early work of Abram Hoffer, MD, PhD provided the essential framework for the role of nutrients in brain biochemistry. Nutrients after all are the primary biochemical substrates for all biochemical activity, including neurotransmitter synthesis.

The research and work of Carl Pfeiffer, MD, PhD led to innovative and very effective nutrient therapies for mental illness. Two of Pfeiffer’s significant contributions were identifying the role of pyrrole disorder and copper toxicity in certain mental illnesses, such as schizophrenia. Dr. Pfeiffer compiled a database of more than 20,000 schizophrenics and was the first to categorize the mental illness in terms of individual “biotypes”.

Over his extensive career, William Walsh, PhD conducted research on more than 30,000 patients of mental health and behavioral disorders and conducted several million biochemical tests. Dr. Walsh has expanded upon the earlier work of Pfeiffer and Hoffer, and has launched the biochemistry of mental illness into new arenas, thanks in part to recent discoveries and advances in genetics and epigenetics.

Dr. Walsh has documented that the urine and blood chemistry of mentally ill patient populations are strikingly different than non-mentally ill subjects. Furthermore, he has identified a number of biochemical imbalances in various mental illnesses and behavioral disabilities.

Amy Yasko, PhD has been leading the charge in autism research, nutrigenomics and methylation for many years. Her pioneering work has led to the development of highly integrative and individualized nutritional therapies for autism spectrum, as well as for diseases involving neurological inflammation.

Tying It All Together: Nutrient Power & Nutrigenomics

Biochemically speaking, the human body creates what it needs from nutrients and nutrient substrates in biochemical pathways. Without question, gene mutations caused by epigenetic factors (nutrient deficiencies, various toxicities, varying stressors) are now being recognized as primary factors in many disease processes, including mental illness. These gene mutations prevent certain nutrient substrates from being produced (or in some cases over-produced) in biochemical pathways such as in methylation, but also in pathways such as transsulfuration and acetylation.

The study of how specific nutrients and nutrient substrates can be used to bypass mutated genes is called “nutrigenomics”. The current and emerging science and clinical application of nutrigenomics, involves supplementing with missing biochemical nutrient substrates, as well as compensating for excesses of certain substrates. This is the future of medicine, and the future is already happening. Lives are being transformed.

Clinical evidence of this is apparent in Dr. Yasko’s work, as well as in the extensive work and research of Dr’s Walsh and Pfeiffer over several decades. The emerging science of epigenetics is validating their work of previous decades, and is expanding upon it rapidly, with new emerging discoveries.

It is quite clear that extensive research into mental and behavioral health needs to move in the direction of DNA methylation, epigenetics, and gene-specific nutrient therapy. Will it?

The profession of psychiatry has a choice of either adhering to the dogma of its widespread use of psychotropic medications, or it can acknowledge the emerging science of gene-specific nutrient therapy, epigenetics and nutrigenomics as being the safer, more scientific and more effective modality, not to mention less expensive. If psychiatry is to side with the former, then its adherence to dogmatism may be viewed in concert with its financial incentives. However, its choice to side with the latter, would allow the restoration of mental health to millions of people.