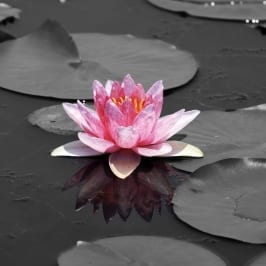 Meditation is a conscious practice of awareness of oneself. It is the deliberate practice of detaching from the ordinary activities of the conscious mind and engaging faculties of the mind which are more latent. There has been a cacophony of research studies on the effects that meditation has upon the brain and nervous system. Having been a practitioner of both yoga and meditation for more than a decade, I have experienced the definitive benefits of regular meditation practices.

Seated meditation has an inhibitory effect upon the sympathetic nervous system. This branch of your nervous system induces the body’s stress response. One of the primary areas of research in meditation has been on reducing stress. When the body becomes consciously still yet alert, the sympathetic nervous system is inhibited. This inhibition allows the brain to shift gears. Sustained states of meditation have been shown to increase the amount of alpha brain waves. Alpha waves are most associated with deep rest. Deep states of meditation are said to induce theta brain wave states. Western researchers are unclear of the function of theta states, but it is understood to arise during deep inner calm.

The inhibition of the sympathetic nervous system is of critical importance for individuals with adrenal exhaustion and adrenal burnout. The sympathetic nervous system regulates adrenal output. Many meditation professionals believe that re-training the amygdala through meditation results in a change to the responses of the endocrine axis of the body, and has an important role for reversing chronic fatigue syndrome and adrenal burnout.

The amygdala, a part of the limbic system, are almond-shaped nuclei which are responsible for stored emotional memories. Prolongued periods of meditation often invoke deep, unconscious memories and thought processes, often times at the root of psychological trauma and for the continual feedback loop of the stress response. Meditation helps the neuro-endocrine system to overcome these stored traumas by allowing them to surface. Through continual practice, meditation re-wires the minds’ capacity to cope with stressful situations. Through its practice of detachment, meditation enables the consciousness to let go of stored emotional traumas.

It is wrong to think that only the overworked and underpaid have adrenal burnout. Adrenal exhaustion is a real health condition faced by countless people from every walk of life. It can be caused by a multitude of factors including prolonged periods of stress, chemical and heavy metal toxicity, mineral and nutritional deficiencies, childhood trauma, PTSD and life in the 21st century.

Meditation can serve as one important practice amidst the chaos of daily life as well as a tool for re-training the neuro-endocrine system’s stress response.