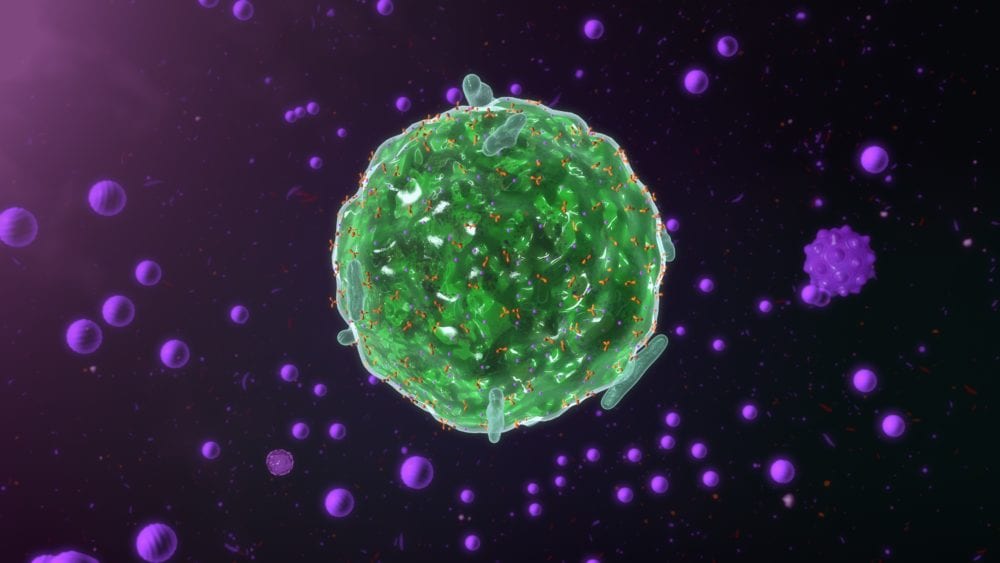 The cell danger response (CDR) is a cellular-initiated response to threat, such as infections and toxins. The CDR research has been pioneered by Robert Naviaux, MD, PhD (12). Much of the earlier work exploring cell danger signaling has been elucidated by the identification of DAMPs (damage associated molecular patterns) and PAMP’s (pathogen associated molecular patterns). Essentially all of these are similar mechanisms that involve various cell-initiated responses to cell danger.

A central part of the CDR involves cells throwing off purine nucleotides ATP and ADP into the extracellular space. This event results in a significant change in how cells function and behave, including a downshift in metabolic activities such as altered redox and nutrient availability, reduction in oxygen consumption by the mitochondria and a rise in cytosolic oxygen and ROS’s (reactive oxygen species). The extracellular ATP becomes a key signaling molecule that alerts neighboring cells to the threat, as well as functions to recruit immune cells and cytokines to sustain the CDR. Under normal conditions, a cell danger response will recede once the threat has been effectively resolved. It has been observed however, that individuals with certain conditions (such as autism) cannot resolve the CDR, and normal cell biology is significantly compromised. The trial studies by Naviaux et al found that the administration of the drug Suramin given at small doses intravenously, normalizes the cell danger signaling and markedly improves the presenting symptoms in autism (11). Suramin works by blocking extracellular ATP.

ATP is the form of chemical energy cells use to function. However, ATP also can become an important signaling molecule when it concentrates in the extracellular environment. The actions of extracellular ATP (and other purine-containing nucleotides) is mediated by “purinergic signaling”.

Features of Extracellular ATP and Purinergic Signaling include:

Mast cell activation syndromes (MCAD or MCAS) are an increasingly problematic concern and common clinical feature, especially among those with chronic illness. Mast cells are immune cells that play a dual function of repairing tissues and increasing new blood vessels as well as promoting inflammatory and allergic reactions. Mast cells express IgE (immunoglobulin E) which can trigger an allergic response as well as anaphylaxis.

Mast cell activation and degranulation involves the release of several mediators such as histamine, serotonin, eicosanoids such as thromboxanes, leukotrienes and prostaglandins, as well as inflammatory cytokines like TNF-alpha, chemokines and IL-4. Additionally, mast cells will store and release ATP into the extracellular environment (5). The result is an inflammatory response that can have various systemic and localized effects.

What is significant is that the process by which mast cells are activated is through DAMPs (damage associated molecular patterns) and PAMP’s (pathogen associated molecular patterns). Extracellular ATP binds to the purinergic receptors on the surface of mast cells triggering mast cells to degranulate (6), and this process also mediates how mast cells cause intestinal inflammation (7). Complicating matters is that mast cells also release ATP into the extracellular milieu, thereby perpetuating the ATP-activated purinergic signaling and danger responses.

It stands to reason that resolving the immunological threat that is triggering mast cell activation should be the first order of business. This usually includes repeat offenders such as: toxins, mold and foods allergies. The second order of business includes finding new ways of stabilizing mast cells, especially the use of purinergic receptor mediators and antagonists.

Purinergic receptors don’t only exist on the surfaces of mast cells. They also exist in many different tissues and cell types in the body, including neural tissues, glial cells, astrocytes, as well as regions of the brain and spinal cord (8). The binding of extracellular ATP to many types of purinergic receptors can incite potent inflammatory mechanisms in the brain and neural tissues, such as NF-κ beta and T-cell activation from microglial cells (20, 21).

Aside from drugs like Suramin which block extracellular ATP, its worth investigating possible natural product agents, botanicals and nutraceuticals which may inhibit or antagonize extracellular ATP. This may lead to new ways of treating complex illnesses, including complications such as mast cell disorders. Of interest is that purinergic receptor antagonists are often anti-platelet compounds. To date there is not a considerable amount of research involving purinergic signaling for botanicals.