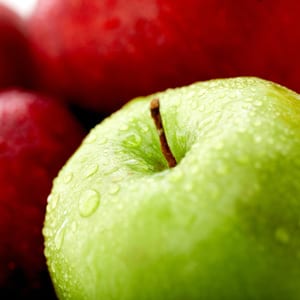 Malic acid is an acid derived from plant foods, especially apples. Malic acid’s nutritional benefits are under-appreciated. The salt forms of malic acid known as malates are Kreb’s cycle intermediates: they assist in the intracellular process of energy production.

In addition to this, malic acid can be used to improve stomach digestive functions by supplying enough hydrogen for stomach acidification.

Malic acid can be used as a viable substitute if a person’s production of stomach acid is low.

In addition to these benefits, malic acid may also assist cellular detoxification of toxic metals, particularly aluminum and strontium.

In addition, 2,400 mg of malic acid daily has been shown to significantly reduce muscular pain of those who suffer from fibromyalgia.

If taking malic acid, you experience burning in your digestive system you should discontinue use. Burning after ingestion of an acid indicates pre-existing damage to some part of the GI mucosal barrier.