L-Carnosine: The Power & Potency of This Antioxidant Amino Acid 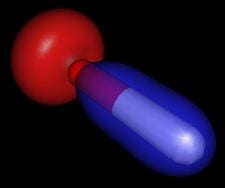 Antioxidants protect cells from the potentially damaging effects of free radical production. Such is the case for the powerful amino acid L-carnosine. L-carnosine is a di-peptide, and is highly concentrated in brain and muscle tissue.

L-carnosine is the ONLY antioxidant to substantially protect against oxidative damage to chromosomes. In addition to this, L-carnosine protects against the most protein destructive free radical, the hydroxyl free radical.

Medical studies conducted on L-carnosine show its power and effectiveness for treating autism. Studies conducted in 2002 showed an increase in cognitive function and learning expressions.

This powerful amino acid is especially protective for diabetics because of its ability to neutralize the destructive AGE’s (Advanced Glycation End Products), of which diabetics are greatly exposed.

Carnosine’s power in physical activity is well established. It dramatically improves the recovery from exercise as well as to restore muscle contraction after a workout. A major problem is that carnosine levels decrease with age by as much as 60% by the time a person reaches 70 years of age.