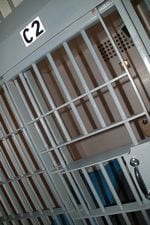 I find it difficult to write articles like this as it is extremely draining to me, and a highly charged situation given the subject matter. I will nonetheless explore the different angles of this intense and very sad story. I hope that some kind of good can come out of this, as the society we live in has become very complex, seemingly insane, unfair, unjust and in many regards criminal.

My heart goes out to Kristen LaBrie, her family, and all of those who have been affected by this tragic story.

Kristen LaBrie was the mother of a son diagnosed with severe autism early in his life. In 2006 her son developed non-Hodgkins Lymphoma. The boy underwent routine medical treatment which consisted of chemotherapy. After several months Kristen stopped giving her severely developmentally impaired and cancer sick son chemotherapy because she believed the drugs could and were killing him. She witnessed firsthand the violent side effects of chemotherapy on her young son.

The most common side effects of chemotherapy are:

Imagine being a mother of a child who is developmentally disabled and having to watch your 8-year old son go through the horrors of conventional cancer treatment. And sparing his suffering and the violent side effects that this therapy induces, you decide to cut the treatment.

After you grieve the death of your son you are faced with criminal charges of attempted murder, child endangerment and assault and battery. And then to be convicted by a jury of your peers for not administering the toxic cocktail of pharmacological poison as presribed by the boy’s doctor, elicits contempt at a society gone mad, torn between the rational choice of avoiding  suffering versus the irrational and highly poisonous charade of chemical innundation and pharmaceutical drug practice.

Upon receiving the verdict, weeping, ensuring love to her family and then being taken away in handcuffs, Kristen LaBrie now potentially faces several decades in prison for the death of her son. I wonder if in the trial, any medical professional stood up and testified to the actual effects that chemotherapy induces inside of the body of an 8 year old boy? I wonder if anyone spoke the truth about chemotherapy treatment, and the monolithic, multi-billion dollar enterprise that has risen from its inception in western medical practice.

The truth is that chemotherapy is a chemical poison. Drugs to kill cancer cells were first tested and developed in the early 20th century from the cytotoxic war-chemical mustard gas. Since then, numerous chemical agents have been used to wipe out cancer in the body. When cancer is being poisoned by poison, the cells of the body are also poisoned. This is why chemotherapy inflicts numerous, destructive effects in the body, including the perpetuation of cancer and disease.

Cancer tends to proliferate with INTENSITY after chemotherapy is administered. This is what you don’t read about in the AP headlines. You don’t read about what actually caused this child’s cancer to begin with, or what perpetuated it. Numerous studies suggest that more than 90% of cancers are caused specifically to environmental sources of toxicity.

And how did the child develop severe autism? Vaccines, neurotoxicity? Conventional medicine is still scratching its arrogant head with one hand, looking for what causes the unprecedented rise in autism, while the other hand holds tightly to the multi-billion dollar incentives in pharamceutical-based medical practice. If this child was vaccinated, which I’m assuming he certainly was, where is the mention  of this in the trial: The neurotoxic and immunosuppressive effects of the vaccines? There is no question that vaccines contain immunosuppresive chemicals and agents. The ingredients are listed on the package inserts of all vaccines. It is a fact that 23 vaccines have been cultured using human aborted fetal tissue. Could these neurotoxic agents not cause the proliferation of cancer cells, especially when immune function has been stifled from such a young age?

Why not put the doctors who ordered the vaccines on trial, which caused the child’s autism and destroyed his immune system, creating the breeding ground for cancer?

No talk of what led to the child’s development of cancer, the immunotoxic and suppressive effect of the boy’s multiple vaccines, and all of the other compounded factors which caused cancer in his body. Why not put the government and its dessicated list of corporate allies on trial for endorsing and profiting from: fluoride, dental amalgams, vaccination, environmental pollutants, chemicals, heavy metals, high fructose corn syrup, MSG, aspartame, GMO’s, pesticides, and the 80,000 untested, environmental pollutants every man woman and child is exposed to on a daily basis? All of which cause or contribute to the development of cancer in every human being.

No, its better to ascribe the blame on the distraught woman who bore the child and cared for him by HERSELF, who watched her severely autistic son vomit and defecate himself profusely, induced by the poison the doctors gave him for his cancer. Blame the innocent, don’t ascribe the blame to the perpetrators. Sickening!

Thank God that the pharmaceutical houses are exempt from lawsuits. Thank God the United States Supreme Court ruled against parents of autistic children and instead ruled to protect the multi-billion dollar drug cartels from a flurry of potential trillion dollar class action litigation. Thank God for justice! My extreme sarcasm is actually vehement contempt for the terminally sick, cancerous system of allopathic medical practice, their choice to use extremely profitable poison in place of healing and nurturance. Vehement contempt aimed directly at the corrupt and blinded kangaroo court systems, which endorse and allow the proliferation of multi-national corporations to destroy our health and our world.

Shame on this jury of peers for failing to see the bigger picture, for failing to ascribe the fault to the white-coated, white collared criminal perpetrators for death of Kristen LaBrie’s son Jeremy.

Instead, we ascribe the blame to the innocent, to the easiest target, to the mother who bore and cared for her sick child.

The Rights of Parents

The rights of parents to raise your child in the way you see fit is a benchmark of freedom. In many states in this country, parents who refuse conventional medical care for their children and refuse vaccinations are subject to investigative efforts, detainment of your child and the total obliteration of your right to raise your child by your means.

In many instances, the state can unwieldingly gain power over your right to parent. The noose is getting tighter and tighter as goverment tyranny is getting more powerful.

A cruel, morose, and terminally sick world this has become.

I will pray that Kristen LaBrie’s sentencing will be minimized. My deepest prayers and thoughts go to her, her loved one’s and all those who have become the patsy, taking the fall for the faceless, monolithic institutions that are the true creators and perpetrators of murder, genocide and disease, which at this point in history appear to have taken total control of this world, and the citizens of it.