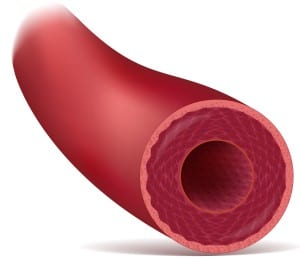 Insulin resistance is the hallmark sign of the development of type 2 diabetes. There are many associations and causations that lead to its development. When cells fail to take up insulin, glucose uptake into cells is decreased, and consequently metabolism inside of the cells falters. Consequently, the high level of glucose (blood sugar) increases inflammatory processes, which lead to symptoms such as nerve damage, neuropathy, tissue and organ necrosis, cardiovascular disease and associated complications.

Its important to understand that the development of Type 2 diabetes is highly multifactorial. A number of factors converge to create the panoply of symptoms and clinical problems. These can be related to:

Among its many effects, homocysteine can increase the levels of superoxide (1,2). This is particularly true when ADMA (asymmetrical di-methyl arginine) is concomitantly elevated.  Superoxide combines with nitric oxide to form peroxynitrite. Peroxynitrite is a key inflammatory pro-oxidant that results in vascular damage and endothelial toxicity (3).

The relationship between insulin and homocysteine is controversial. However, a handful of studies have found strong associations between insulin and homocysteine. One study in humans found that B-12 and Folate therapy resulted in a number of improved parameters among patients with metabolic syndrome. Among these were improved insulin resistance, reduced ADMA, reduced homocysteine, and increased markers of blood vessel dilation (4). The study found an independent correlation between reduced homocysteine and insulin levels. The study’s results imply the important overall role of methylation function on insulin resistance, and associated cardiovascular parameters.

Other studies have found associations between elevations of homocysteine and insulin among diabetic populations (5, 6).

Improving Methylation: One Piece of the Puzzle

So much has been written about insulin resistance that it is dizzying. The underlying key to improving diabetes mellitus type 2 is improving cellular metabolism of glucose, and reducing the overall intake of glucose burden derived from diet. Additionally, improving insulin sensitivity is key to improving the glucose transport mechanisms in the cells.

While these may involve homocysteine and methylation, there are many other factors to consider.

Nutritional factors that improve the mechanisms of glucose utilization should be discussed. These may include nutrients like: Benfotiamine, lipoic acid, and herbs such as berberine, bitter melon, goat’s rue and gynostemma. Another area of interest is addressing the myriad of factors related to glucose transport, once glucose enters the cell. These are nutritional factors related to AMPK activation, stimulation of the Pentose phosphate pathway, and increased fat burning metabolism. There is a lot of literature on the use of nutritional therapies for all of these.

Furthermore, one should address the issue of diabetic neuropathy, and cardiovascular complications caused by longterm hyperglycemia. Preventing AGE formation (advanced glycation end products) can in many instances augment or prevent the effects of diabetic neuropathy, and associated nerve and tissue damage. This may be accomplished through certain nutritional means. Two nutrients that have been studied the most in these regards are benfotiamine and pyridoxamine. Pyridoxamine is unfortunately not available in the US due to drug trials using this valuable nutrient.

Methylation is critical for blood vessel and endothelial function primarily because:

Numerous studies have reported on the nitric oxide-enhancing effects of folate. One critical point to consider is that if attempting to boost nitric oxide through L-arginine or l-ornithine, it is imperative to optimize methylation with B-12, folate and other methylation co-factors. This is because proper methylation will keep homocysteine in check, thereby preventing deleterious formation of superoxide and peroxynitrite. Otherwise, if homocysteine increases, BH4 will become oxidized, and the endothelium will become a net producer of superoxide. Bad news for vascular health.