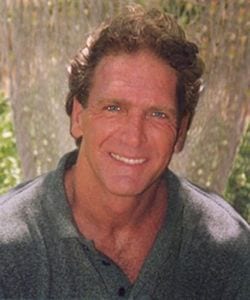 The health world has lost one of the most hardcore lovers and promoters of whole food nutrition. Aajonus Vonderplanitz lived that which he preached with extreme intensity; the power of using one’s food as medicine, to the utmost levels of possibilities.

His stories of how he fought for his health became mythical lore, which effectively inspired an enormous generation of individuals to bare his torch of extreme, yet effective tools of human nutrition.

As a nutritional consultant and a very health-conscious individual, Aajonus has become a major influence on my practice. Few people can be referred to as a pioneer, but Aajonus certainly deserves this title. Aajonus overcame extraordinary childhood and early-adulthood sicknesses and diseases, to which his use of raw animal foods became a centerpoint for his healing journey.

When I initially heard of Aajonus’s recommendations for eating raw meat and raw organ meats, my first impression was: “this seems insane”. After susequently meeting countless people who healed themselves from very serious health conditions through Aajonus’s raw animal food-based approach, it became very clear to me that there was something extraordinary and very unique (especially by modern standards) about his teachings. I have personally benefited greatly from Aajonus’s many recommendations. In my consulting practice, many of his unusual, raw food combinations have demonstrated a unique ability to work, sometimes dramatically, when nothing else does. Below I recount just a few examples.

I recall occasions where clients reported to me, that raw orange smoothies and raw fish consumed every few hours, halted walking pneumonia symptoms within a matter of 4 days. I also distinctly remember when a client of mine suffered a year long, recurrent bladder infection, with agonizing irritation. Nothing she tried worked. What did work was Aajonus’s recommendation of raw butter and raw honey taken every 30 minutes, with 2-3 raw, fertile eggs, and juicing an entire grapefruit twice daily. Within two days, the bladder irritation vanished and never returned.

Somehow Aajonus discovered the effectiveness of extremely unique food combinations, which work for no commonly understood reason. It was his exploration of what is possible with various foods, that led to the synthesis of his unique and radical approach.

One of my first nutrition mentors recounted an incredible story of a client of his, suffering from a severe, lifelong degenerative digestive illness. Upon embracing Aajonus’s entirely raw food-based nutrition recommendations, he completely healed his condition. There are countless stories like this.

Aajonus Vonderplanitz came to this world with tremendous obstacles, riddled with sickness and disease. Fate had something else in store for Aajonus Vonderplanitz, though. His intense passion for health led to his salvation, and consequently he gifted health to the world, helping and saving thousands of lives, and greatly reducing human suffering through his radical approach.

In 2010 I was fortunate to have met Aajonus in person at a lecture he gave in San Jose, California. My impression of him as a man was totally different than the mythical figure I had imagined and had read about. He was very kind and welcoming to his audience. I remember there were some folks who got up in front of the audience, shared their story and wept because of the extraordinary results they achieved healing their sick bodies with Aajonus’s guidance. It was quite moving to see. I also recall an 87 year-old man, a former tennis professional who had the body of a 30 year-old, embraced Aajonus and gave him a gift of raw (not dried) goji berries.

Many of the personalized recommendations made by Aajonus were quite extraordinary: eating 2-3 pounds of raw meat daily, including raw poultry. I recall hearing of his frequent recommendations to eat as many as 75 raw eggs daily, while juicing celery 8 times daily! Some of the recipes from his second book ‘The Recipe For Living Without Disease’ include raw organ and glandular smoothies: raw liver, raw adrenal glands, raw thyroid, raw pancreas, a little raw milk and onions! As insane as this stuff sounds to the average person, consider that he wasn’t recommending this stuff for purely shock value. Many people heal their bodies by consuming nutrient-dense organ meats. For example, the average diet of native Americans consisted of very large amounts of animal organs.

Aajonus’s dietary recommendations combat chronic, degenerative illness from a very intense and radical perspective, basically inundating the body with huge amounts of the most nutrient dense foods available, of course in a totally raw, non-denatured form.

Over the past decades, Aajonus’s radical, raw food approach to health and nutrition propelled him to become one of the most controversial figures in the health world. He gained notoriety on Ripley’s Believe It Or Not, as the man who eats rotten meat for medicinal reasons, a practice referred to by native Inuits as “high meat”.

Aajonus was a very vocal advocate of the raw dairy movement. Many consider Vonderplanitz the father of the modern day food freedom movement. He petitioned state agencies on the health-promoting benefits of raw dairy foods, and for gaining commercial access to healthy raw dairy products, a practice which has gained a tremendous amount of attention in recent years.

In recent years, a circle of controversy surrounded Vonderplanitz, when he filed a civil lawsuit against Susan Palmer and James Stewart of the now famous Rawesome dairy cooperative in southern California, over accusations of misrepresenting eggs the cooperative sold. Rumors became rampant that Vonderplanitz went overboard with his lawsuit and accusations.

Thank You For Your Service To Humanity

In an insane world riddled with disease, corruption, violence and war, those rare individuals who emerge from the depths unknown, often make great contributions and are yet often overshadowed. Aajonus Vonderplanitz shared with the world his many gifts and his healing capacities. I am humbled by his contributions. I will forever be indebted to him for what he has given. In the coming weeks and months, I invite you to pay close attention to the many stories people will write about their personal experiences with Aajnous’s whole food nutrition.

Thank you for your humble service friend. You are loved and missed. RIP Aajonus Vonderplanitz.