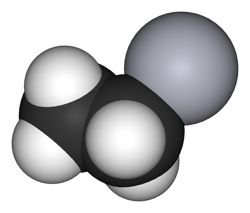 Toxic, heavy metals: you are exposed to them, I guarantee it. Not one person living in modern civilization is not exposed to toxic, heavy metals. The question to ask is: “how efficiently does your body eliminate toxic metals like aluminum, mercury and lead?” Hair Tissue Mineral Analysis (HTMA) is an outstanding laboratory biopsy to use to monitor the presence of toxic metals, as well as to monitor how efficiently your body eliminates them.

Realize that so many modern health issues today are associated with heavy metal toxicity. For example, studies conducted in 1998 (Hock, et al) on early stage Alzheimer’s patients show blood mercury levels three times higher than non-Alzheimer’s control groups! Toxic metals such as mercury are powerful neurotoxins, yet industry practices such as conventional dentistry and the vaccine industry amazingly still use them. The body’s detoxification pathways are capable of removing much of the load of heavy metals out of the body. This is one of the primary responsibilities of the Cytochrome P450 enzymes and the glutathione conjugation pathways. However, removal of heavy metals is very energy expensive on the body.

Glutathione (the body’s master antioxidant) that is bound to mercury does not function as an antioxidant. If toxic metal ions outnumber the amount of sulfhydryl compounds (protective agents), major problems will ensue.

In addition to this, while in the body, toxic metals can derail and augment the normal biological pathways, including hormone pathways, brain neuron function, mineral transport and will contribute to harmful levels of free radical activity.

Identifying heavy metal toxicity is not always easy. Toxic metals will not stay in the blood circulation for very long after exposure. Most commonly toxic metals get sequestered in organs and tissues, and will only mobilize when:

I have written articles before on the potential dangers of rapid and sudden toxic metal elimination. Hair analysis is in my opinion the best test to use to monitor the presence of heavy metals as well as the body’s ability to eliminate them. Hair analysis can also identify the effect that certain heavy metals are having upon nutrient minerals.

Nutritional balancing provides the body with biological energy which concomitantly allows for the increased mobilization of toxic metals. 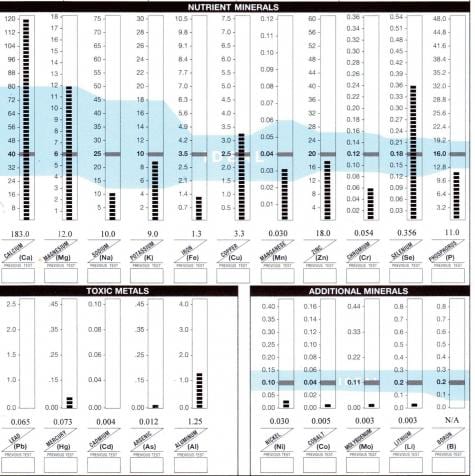 Now see the re-test about 4.5 months later after nutritional balancing. 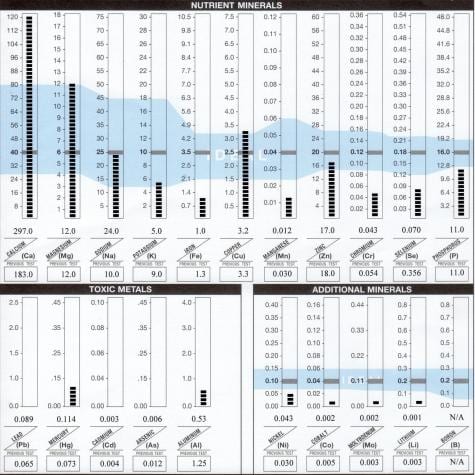 So what can be hypothesized is that while the body mobilized mercury, mercury caused an increase in tissue calcium, which relative to potassium, reflects the decreased cellular effect of thyroid function.

After the 2nd hair test, this person began taking higher doses of iodine and thyroid support. 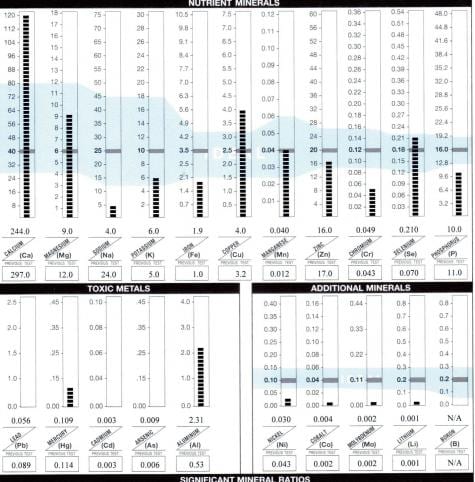 The 3rd test reveals a 50-point decrease in the tissue calcium, while mercury excretion remains fairly consistent at .109. The thyroid function improved, the Ca/K ratio decreased from 59.40 to 40.67. Notice aluminum increased nearly 5X, but sodium activity also decreased from 10.0 to 4.0. Aluminum is known to interfere with sodium utilization.

One reason why hair analysis may be such a good indicator of low thyroid effect is because of its ability to identify the tissue activity of calcium.

Calcium will tend to precipitate out of body fluids and deposit into tissues when the blood becomes too alkaline.

Copper and manganese are extremely toxic from free and  unbound sources. “Manganese madness” was a condition given to people poisoned by manganese because of how it affected their behavior. 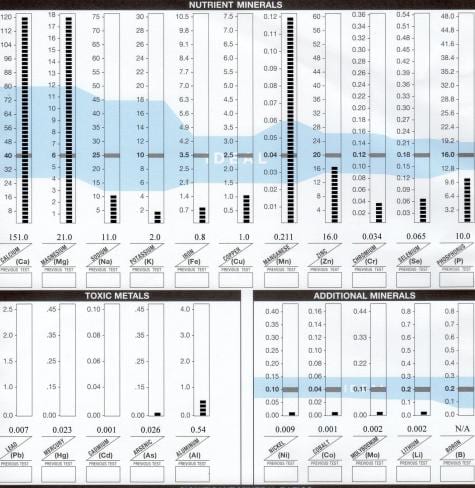 Notice above the extraordinarily high manganese level. This person drinks well water, a pernicious source of manganese. This person also has the trend for decreased cellular thyroid effect as indicated by the elevated Ca/K ratio.

Copper toxicity is another increasingly common yet unknown health concern. This is probably most likely due to the degradation of copper piping as well as to birth control medications and possibly to synthetic estrogens.

Copper toxicity is not always easy to detect because most unbound copper will get sequestered into other tissues such as the liver.

According to Lawrence Wilson, MD, one of the foremost authorities on HTMA, hidden copper toxicity can be identified through a number of variables: