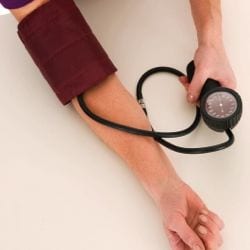 There is an intrinsic link between chronic hypertension, renal failure, dehydration and a deficiency of certain electrolyte minerals. The real irony is that pharmaceutical medications to treat high blood pressure further exacerbate dehydration and mineral loss in the body, which contributes to and in many cases causes renal dysfunction and sets up pictures for heart disease and congestive heart failure.

Water and electrolytes are absolutely two of the most critical components of normal, physiological function. Without a correct balance of fluid and electrolytes, the cells of our body lack the essential electrical conductivity necessary for cellular energy production. When fluid retention (also called edema) accompanies hypertension, it is a primary indicator of intracellular fluid loss, and an accumulation of extracellular tissue fluids.

Edema has very damaging effects upon cellular function. This is due to the destruction of the electronegative colloidal properties of body fluids, a destructive, catabolic scenario.

The Epidemic Of Magnesium Deficiency

Magnesium is one of the most vitally important electrolyte minerals. It is responsible for initiating more than 300 enzymatic reactions in the human body. Deficiencies of magnesium began to occur with soil depletion from the industrialization of food, followed by the inadequate intake of magnesium-rich foods. Magnesium deficiency is a major risk for cardiovascular disease. Magnesium deficiency flat out causes insulin-resistance. It has been demonstrated in multiple studies that magnesium deficiency results in increased blood clotting, increased markers of inflammation, endothelial dysfunction, the occurrence of osteoporosis, periodontal disease, components of metabolic syndrome and elevated blood pressure.

In hypertense patients, inadequate levels of magnesium results in the inability for muscles to relax. Adequate amounts of magnesium has a stimulating effect upon the parasympathetic nervous system, inhibiting the sympathetic “fight or flight” stress response. Magnesium deficiency results in vasoconstriction and muscle tension. Magnesium is a powerful vasoldilator and a very effective calcium channel blocker. The multi-billion dollar per year calcium channel blocker industry could be cut dramatically if patients took additional magnesium supplementation.

Magnesium deficiency could certainly be caused by low stomach acid, or from the chronic use of acid blocking medications such as proton pump inhibitors. Restoring gut ecology and digestion and assimilation may be a necessary component of improving the assimilation of magnesium and other essential minerals for many people.

The richest dietary sources of magnesium are found in:

When the sympathetic nervous system is over-reactive, the body will tend to get stuck in a stress response. The sympathetic nervous system has a regulatory effect upon the adrenals glands, which in many ways alter mineral balance. For example, high levels of the adrenal mineralcorticoid aldosterone will result in the retention of sodium and the excretion of potassium through the urine. When sodium gets retained, magnesium tends to get excreted as well. This is a bad, bad scenario if left unchecked.

Chronically elevated sodium levels will raise blood volume, blood pressure, cause mineral deficiencies and will put lots of stress upon the cardiovascular system. Avoiding salt for some people may be necessary, however this by itself may not resolve the issue of electrolyte imbalances.

Chromium and vanadium are important for sympathetic dominant carbo types because these trace minerals help to make the insulin response more sensitive and efficient. Sympathetic-dominant carbo types tend to continuously mobilize glucose into their bloodstream via glycogen release and through excess cortisol and adrenaline output (which can also raise glucose).

In reality, any Metabolic Type® can have hypertension and electrolyte imbalances. It really depends upon the mechanism of which metabolic system is most dominant. For some people it can be their sympathetic nervous system, for others it can be fast oxidation or excess anaerobic metabolism.