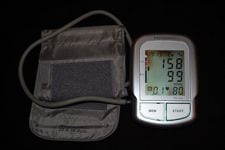 There are many side effects with blood pressure lowering medication and patients should be educated as to the potential risks. Calcium Channel Blockers have been shown to increase the incidence of miocardial infarct as well as the incidence of strokes. CCBs’ also seem to increase the risk of suicide as indicated by the fact that there is a 5 fold increase in suicide with patients taking CCB’s.

In the 19th century, very few patients had been found with elevated blood pressure. One of the main causes that has been identified which causes blood pressure levels to skyrocket is a diet high in fructose, as well as diets that are high in refined sugars and carbohydrates.

In addition to this, diets that are high in sugars and high glycemic carbohydrates can cause insulin resistance, the primary cause of type 2 diabetes. When cells become resistant to insulin, there can be major altercations with mineral transport, especially with sodium and magnesium.

Insulin resistance can cause magnesium to be excreted rather than utilized. This then causes sodium to be retained, a terrible situation which frequently results in hypertension as well as congestive heart failure.

Caffeine can also have a very stimulating effect upon blood sugar, because of its ability to cause the release of adrenal hormones, which can act on elevating glucose. This is bad news for people with high blood pressure.

It is extremely common for people with hypertension to have fluid retention in their tissues. At the same time, their cells tend towards dehydration. This is due to the destruction of the electronegative colloidal properties of body fluids. This particular scenario is caused by what is called ‘Electrolyte Stress Imbalance’.

In such cases of electrolyte stress, there are abnormal ph levels, free radical activity, and de-regulated fluid and electrolyte dynamics.

Particularly destructive to body fluid properties are the toxic metals aluminum and lead, especially when bound with chloride. These toxic metals may be a primary cause of arterial hypertension for numerous people. Aluminum is one of the most prevalent, polyvalent toxic metals that people are exposed to on a daily basis.

What is needed here is a strategy for dispersing agents, and something capable of drawing fluids from the tissues into the cells. Also what is necessary with this strategy are nutrients that inhibit free radical damage, as well as a strategy for enhancing the body’s ability to detoxify heavy metals and other xenobiotics.

Identifying the root cause of hypertension is critical. As stated, this could be caused by high levels of insulin, consumption of excess fructose as well as by certain toxic metals such as lead and aluminum. Smoking also increases damage to the cardiovascular system and alters blood pressure.

When there is elevated sodium, there also tends to be high amounts of cortisol produced by the adrenals. This can cause complications as well. High levels of cortisol production may cause decreases in other hormones such as DHEA. High cortisol output is also associated with bone loss, and hyper immune function.

A key component to improving blood pressure lies in the improved functioning of the sodium pump. This is why salt is often contra-indicated for people with hypertension. So eliminate salt and the problem corrects itself?

While improving the sodium pump by eliminating sodium seems like a simple solution, there are many more components at play. If there is insulin resistance involved with hypertension, here is a huge problem. As discussed earlier, insulin resistance can cause the excretion of magnesium and the reabsorption of sodium by aldosterone in the kidneys.

Chronic aluminum and lead exposure can cause hypertension, as well as numerous other destructive effects in the body. Ridding sources of toxicity is a major concern here. This screening test is one of the best ways to identify the presence of toxic metals.

Other Protocols For Normalizing Blood Pressure

One of the best ways to draw excess fluids from tissues into the cells is by using a special combination of sulphur and magnesium. The form that probably works best here is magnesium thiosulfate in a carrier of glycerol and organic alcohol.

Other methods that involve improving blood pressure include: