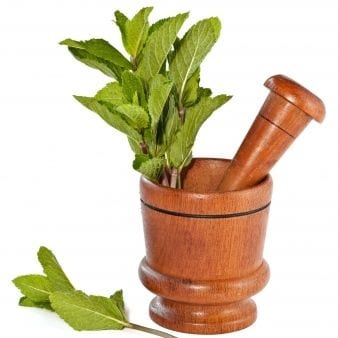 Traditional herbal medicines provide tremendous therapeutic benefits for issues related to adrenal stress, high and low cortisol, nervous system imbalances and depression. While there are a plethora of herbs used, some of the most common, therapeutic herbs in these regards are: ashwagandha, licorice, eleuthero and Korean ginseng. When it comes to herbal medicine, quality is a major issue.

Ashwagandha, also known as “Indian Ginseng” and “Withania”, has been used in Ayurvedic medicine for thousands of years. Ashwagandha has been studied extensively for its anti-inflammatory, anti-depressant, immuno-modulatory, anti-stress and liver-protective effects. Ashwagandha is considered an “adaptogenic herb”, meaning that it has the ability to be adapted under different circumstances, and that its adaptive abilities have “normalizing” effects on various physiological functions. Therefore, many clinicians and herbalists choose to use ashwagandha for high and low cortisol episodes, as well as protocols involving liver support and immune modifications.

Combined with other herbs, such as rehmannia, many clinicians report that this tandem can reduce high levels of cortisol quickly. Ashwagandha is also used to support the functions of the entire HPA (hypothalamus, pituitary adrenal) axis.

Licorice has been used medicinally and therapeutically for at least 5,000 years. Licorice root extract is considered to be an herbal tonic. Tonics work by “tonifying” an organ, gland or system. Licorice is best known for extending the life of cortisol, a major adrenal stress hormone. Licorice is most commonly used for people with low cortisol, but can it also be used to repair and restore the gastric mucosa.

Licorice is contraindicated for people with hypertension.

Also known as Siberian Ginseng, eleuthero is adaptogenic. It is used by clinician’s for both high and low cortisol episodes, as well as with other herbs to support HPA axis function. Eleuthero is used in Traditional Chinese Medicine (TCM), and has a wide range of effects such as: antioxidant activity, immune modulation and nervous system balancing properties.

Eleuthero’s triterpenoid saponins have a wide range of physiological activity, including the affinity for a variety of cells and tissues, such as the receptors for various hormones.

Korean ginseng, also known as Panax, is one of the most revered and prized medicinal herbs. This potent adaptogen is well documented to possess strong anti-cancer properties. Studies conducted on Panax, demonstrate its ability to raise catalase and SOD antioxidant enzymes in the cells. Other studies on Panax Ginseng demonstrate the herb’s ability to up-regulate the phase I enzyme system cytochrome P450. Cytochrome P450 is imperative for detoxification of xenoestrogens and carcinogens, both of which are strongly implicated in cancer.

Panax Ginseng has also demonstrated its ability to reduce high blood sugar levels, and to normalize the effect of insulin and cortisol responses.

Purity Of Herbs Is Key

Purity is a major issue with herbs. Wild-crafted and organic herbs are naturally the best. Also, it is well known that herbs prepared in alcohol have a stronger overall effect than dry herbs. In many instances, traditionally-prepared, alcohol-based herbal formulas have a potency several times greater than dry herbs.