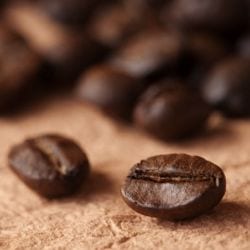 It may seem odd if you’ve never heard of them before. However, many people report on obtaining great benefits by performing coffee enemas. In my nutritional consulting practice, I have received dozens of emails from people telling me how beneficial coffee enemas have been for their health. Many people report to me that coffee enemas have helped them to rapidly eliminate: pain, headaches, PMS, migraines, allergies, fatigue, constipation and digestive issues.

A coffee enema is not the same as an ordinary water-based enema. It is believed that caffeine from coffee travels directly to the liver through the hepatic portal vein in the large intestine, which is a direct source of blood to the liver. It may also be true that the theobromine and theophylline in coffee dilates the hepatic portal vein and increases the concentration of blood to the liver. The increase in liver activity may stimulate both phases of liver detoxification pathways, resulting in an increase in bile flow and detoxification.

Some reports indicate coffee enemas may also increase glutathione activity, the conjugation of which occurs during the second phase of liver detoxification.

The method of action for the improvement of symptoms may be due to the coffee enemas’ stimulation of parasympathetic nerves in the gut, which have a relaxing effect on the body. Many people inquire whether a coffee enema is stimulating like drinking coffee. It is not, according to most people’s testimony. In fact many people who are intolerant to caffeine report no problems at all when performing a coffee enema.

People report to me that the benefits and therapeutic effects of coffee enemas are more significant than water based enemas. These testimonials strongly indicate a method of action of coffee enemas that are unique.