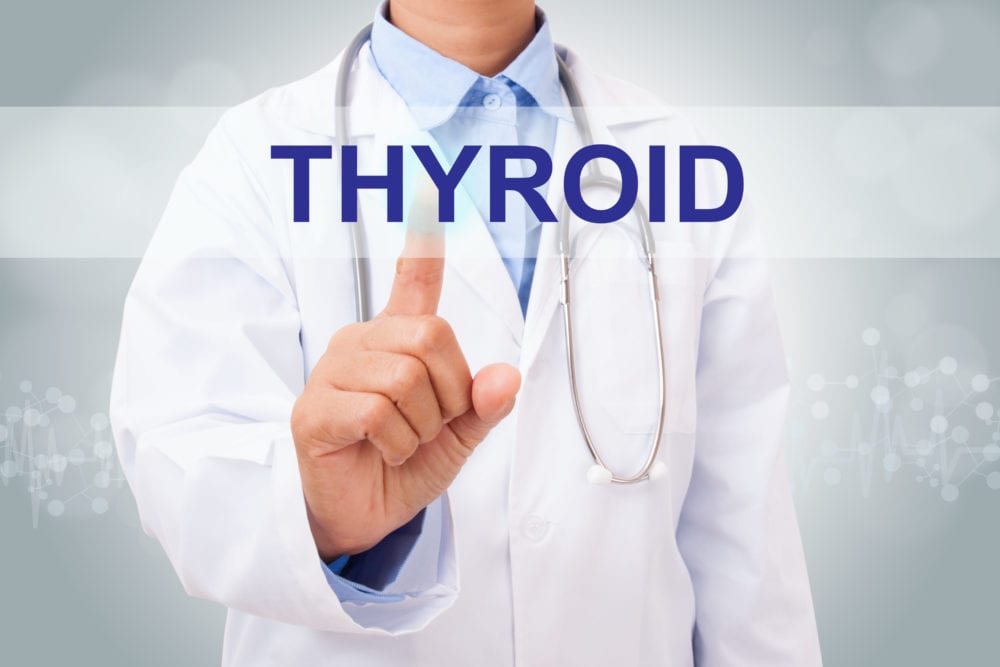 Hashimoto’s thyroiditis is an autoimmune thyroid condition, defined by elevated and sustained levels of TPO and/or TGB antibodies. There is often a concomitant rise in TSH values, and T4 and T3 values may or may not be low. The condition may also feature atrophy or inflammation-induced damage to thyroid tissue. Recently a number of studies have identified genetic variations, which may be associated with Hashimoto’s thyroiditis. This information can yield important insights into the pathophysiology of Hashimoto’s and ultimately lead to a more comprehensive and holistic approach to manage or resolve the condition.

From a clinical perspective, autoimmune thyroid conditions carry a complex array of characteristics. Over the past decade, the understanding has evolved that Hashimoto’s thyroiditis is more complex than a simple decline in thyroid function. The understanding of Hashimoto’s as an autoimmune condition has led to the inclusion of holistic treatment approaches that are more involved than simply treating patients with thyroid medication. This revised approach may include: removal of antigenic foods and substances, administration of probiotics and other therapies to restore or support the microbiome and intestinal architecture, antioxidant therapies, hormonal balancing, diet-specific modifications, Vitamin D and Vitamin A balancing therapeutics, anti-inflammatory therapies, therapies to modulate pain, such as red and near infrared light therapy, PEMF, exercise and LDN for endorphin modulation, detoxification therapies, iodine, selenium, copper and zinc- balancing therapies.

Recent studies have shed light on genetic polymorphisms that are found in Hashimoto’s thyroiditis. Determining the genetic predispositions and associations to Hashimoto’s may be useful for understanding how to tailor and customize therapeutic approaches for patients and practitioners who are looking for answers.

VDR FOKI – The Vitamin D Receptor (VDR) is the nuclear receptor, and is activated by calcitriol (1,25 dihydroxy Vitamin D). Carriers of the AA allele of VDR FOKI have been found to be more common in Hashimoto’s patients, compared to non-hypothyroid controls. Interestingly, the AA genotype (which would also be represented as TT) features higher levels of 25OHD, compared to non-hypothyroid group. This is not surprising because 25OHD is not what activates the VDR nuclear receptor (1).

Augmentation of the Vitamin D pathway is much more complex than attempting to raise levels of 25OH Vitamin D. Many factors contribute to the qualitative effects of the Vitamin D pathway. This is now known to include inflammatory signaling and infections (4). In vitro studies have found that a variety of intracellular microorganisms can reduce or inhibit VDR receptor activation. Furthermore, revised models of evolutionary biology research indicates that a number of inherited genotypes are actually strategies for pathogen survival and/or pathogen combat. That is, a genotype may exist specifically because it confers an adaptive survival advantage against certain pathogens. While this has been discussed in literature regarding a number of genes (such as ApoE, RCCX, HFE, HLA-DR, LRRK2), no author to date has proposed that VDR genotypes have evolved due to pathogen survival strategies. Given that VDR confers a regulatory role as a nuclear transcription factor for immunological signaling, it is highly probably the case that VDR genotypes have evolved due to strong pathogenic pressures. In this scenario, the physiological activities of the VDR, its effect on the Vitamin D pathway (including circulating levels) are influenced by a patient’s genotype because that loss or gain of function (VDR genotype) has some benefit as an adaptation to various pathogens. In cases where VDR genotype is associated to a patient with Hashimoto’s, an evolutionary mismatch may exist. That is, the patient is maladapted because the microbial conditions that gave rise to their VDR genotype throughout evolution now differs enough in the modern world, and a loss of function to VDR is no longer desirable.

If one is attempting to stimulate Vitamin D metabolism, or to activate their VDR, supplementation with Vitamin D3 may or may not achieve those desired effects. Furthermore, 25OHD levels may not be affected by supplementation, even with very high doses because other variables greatly influence circulating levels (including VDR genotype) of 25OHD. Boron has been shown in some studies to inhibit CYP24a1, which leads to the inactivation of 1,25 dihydroxyVitaminD (calcitriol). Boron may be beneficial in terms of maintaining more active calcitriol, which is what binds to the VDR. Additionally, Boron compounds may themselves activate the VDR (5). Emerging research suggests very long chain fatty alcohols from plant waxes are capable of interacting with the VDR, and induce what has been recently described as ‘Inverse Agonism’ (6).

NFE2L2 – NFE2L2 is the gene that codes for the nuclear transcription factor, NRF2. Functionally, NRF2 is responsible for regulating ARE’s (antioxidant response elements). This is a crucial system of redox, iron and antioxidant regulation, under conditions of oxidative stress. When activated, NRF2 regulates a number of crucial processes, including glutathione transferases (GST’s), glutathione synthases (GCLC’s), glucuronidation (UGT’s), heme regulation (HMOX1), thioredoxins and sulfaredoxins (which maintain redox).

SELENOS is a gene that codes for selenoprotein-N. It is involved in regulating the endoplasmic reticulum (ER) stress response, involving the removal of misfolded proteins and regulating ER calcium levels. As a selenoprotein, it fulfills responsibilities of controlling oxidative and reductive reactions. This includes SELENOS’ ability to regulate selenocysteines, which are essential in the antioxidant effects of thiol proteins (such as glutathione). A recent sizable study found that the combined effect of genetic variations in NFE2L2 & SELENOS was very strongly associated with Hashimoto’s (2).

For analysis of your 23andme or AncestryDNA results, including on NFE2L2 and VDR genes CLICK HERE.