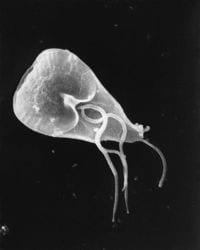 Chronic infections are one of the most common sources of both clinical and sub-clinical stress. Infections can originate from multiple sources: bacterial, fungal, viral or parasitic. Infections can exist sub clinically for decades. The longer a person has chronic types of infections, the more likely they are to move through varying stages of stressors.

Bacterial, fungal and parasitic infections can be directly caused by antibiotic use. Antibiotics wipe out the body’s intestinal flora, which is the first line of defense against these pathogens. Chronic infections can also be caused by low levels of hydrochloric acid, whose primary responsibility is to sterilize the contents of your food. Chronic use of antacids can shut down the stomach’s production of HCL allowing bacteria and parasites to get past the stomach.

Estimates indicate that the stomach-loving bacteria H-Pylori is responsible for 90% of gastric cancers! The bacteria helicobacter pylori (H-Pylori) is a bacteria that is present in approximately 50-90% of people. Most people who have H-Pylori have no symptoms of it! H-Pylori shuts down the production of HCL. People with GERD often have H-Pylori, and it is suspected by many people that H-Pylori can cause GERD directly.

Another common bacterial infection is from Clostridium Difficile Colitis, also called C-Diff. C-Diff is very commonly acquired during hospital stays, and in many instances nursing homes. C-Diff infestation is also strongly associated with antibiotic use, especially with the class of antibiotics known as fluoroquinolones. Some studies indicate that 55% of C-Diff cases are caused specifically by this class of antibiotics.

E-Coli is another bacteria that is commonly found in the lower intestines. Many people associate E-coli with food poisoning such as from contaminated vegetables like spinach. E-Coli has been identified in inflammatory bowel diseases such as colitis and Crohn’s Disease. This bacteria can and will thrive in the damaged and inflamed tissues of the gut mucosa.

Other forms of gut bacteria are: Shigella, Citrobacter, Enterococcus and Klebsiella.

I personally believe the prevalence and promulgation of gut bacteria is due more to the internal conditions of the host than the actual bacteria itself. This is the subject of the age old debate regarding the Germ Theory of Disease, Bechamp versus Pasteur. Is it the host or is it the pathogen?

Parasitic infections can be nasty and virulent. Anyone who has suffered parasitic infection will tell you how debilitating they can be. Like with elevated amounts of bacteria, the presence of parasites indicates gut dysbiosis. Symptoms of parasitic infection are: continuous diarrhea, bloating, foul smelling gas, nausea. Parasites will reproduce inside of the gut, and some can infect other organs such as the liver.

Giardia Lamblia is a common parasite that can cause villous atrophy, a similar kind of wasting of the gut’s villi that is seen in Celiac Disease. Villous atrophy reduces gut absorption of several minerals, nutrients and fat soluble vitamins.

Entamoeba Histoltica, or E. Histo for short is another common parasite. This nasty parasite can infect adjacent organs such as the liver where it can form cysts, abscesses and can even form pus.

Candida albicans is a yeast that is part of the normal intestinal terrain and gut flora. It is also present in the saliva. Under certain circumstances candida albicans can become pathogenic where it can cause very real and serious symptoms including: headaches, fatigue, itching, gas and bloating as well as irritation in the mucous membranes of the vagina and urinary tract. In certain instances, candida can also occupy the blood where it can cause systemic overgrowth.

When the biological terrain in the gut is out of balance, fungus and yeast become pathogenic. A major precipitating factor for candida overgrowth is the consumption of sugar. Sugar has a very anaerobic effect in the body, and the excess consumption of sugars can lay the breeding ground for yeast and fungal overgrowth. So can birth control pills and intra-uterine devices. Birth control tends to raise copper levels in the body, contributing to a host of symptoms. The presence of mercury is also another huge factor for the growth of fungus and yeast. Mercury is an anaerobic toxic metal. Mercury is the 2nd most toxic substance on earth besides radioactive isotopes. It is quite common that people with several mercury-containing dental amalgams have candida problems.

Its important to point out that the source of the problem is not candida itself, it is the environment that candida grows in that precipitates its promulgation. Remove the precipitating factors, restore the balance of the biological terrain in the gut, and pathogenic yeast will die off.

Infections & The Rest of Your Body

Don’t think that chronic infections only affect the gut. Understand that the health of the gut is fundamental to the health of the rest of the body. Chonic infections, if left untreated can not only cause nutritional malabsorption, but also in some cases can lead to various types of autoimmune processes. At this stage, the immune and neuro-endocrine systems are heavily involved. Remember that various infections are seen among those with chronic illnesses.

The best way to detect the 3 kinds of infections I’ve listed above (bacterial, fungal, parasitic) is with a stool antigen test. There are other indirect methods which can identify chronic infections such as looking at a CBC on a blood test. Generally if there are increased or decreased white blood cells, lymphocytes, neutrophils, eosinophils, monocytes or basophils these tend to indicate the presence of infection. If many of these white cells are elevated, it usually indicates the infection is acute. If these values are low it often indicates that these infections are more chronic.

There are much better ways to address chronic infections than antibiotics or medicine. There are available many powerful herbal formulas that are proven to kill infections. Powerful strain probiotics should also be part of this protocol. If there are adjacent health issues besides infections (which is very likely), these should always be addressed.