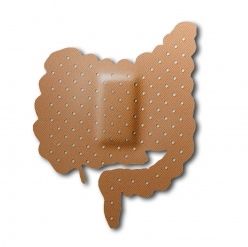 Many individuals today have extraordinary gut inflammation, leaky gut and dysbiosis. When the gut is in such a state of degradation, there is a high amount of toxicity and dysregulation in the body. When the intestinal mucosa is compromised, chaos ensues: there are abnormally high or abnormally low levels of secretory immunoglobulins, immune signalling is haywire, and localized and systemic inflammation ensues.

As a result of tissue inflammation and destruction, pathogenic infections often appear. At this stage, the intestinal immunity is less and less capable of handling the presence of pathogens. Infections are common and inflammation is commonplace.

Short chain fatty acids (SCFA’s) such as butyrate exist in certain foods such as butter and parmesan cheese. The body produces SCFA’s as a result of anaerboic (without oxygen) fermentation. SCFA’s have been studied extensively for many years for their role in gut immunity.

SCFA’s such as butyrate can be increased through the use of certain prebiotics such as inulin and guar gum. Prebiotics feed probiotic species in the gut, and have a very stimulating effect on their growth and colonization.