Glutathione: The Body’s Most Powerful Antioxidant 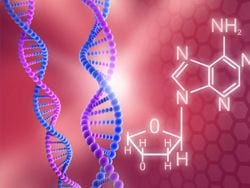 You may have heard of it somewhere. You may have read about it on a website. You may even be taking a supplement that raises its levels in your body. Or you may have never heard of it, or have been told that it is not something that you can control.

I’m talking about Glutathione. Glutathione is an antioxidant. An antioxidant is a moleclue that can inhibit the oxidation of other molecules and prevent damage from free radicals. Oxidation can result in the production of free radicals, which when involved in a chain reaction, can cause damage and destruction to the cells of your body.

There are many different kinds of free radicals. In fact free radicals are necessary for life to exist. Many free radicals are oxygen-centered. This means that they are derived from various forms of reduced oxygen. Because of their reactivity with oxygen, some free radicals can destroy the cells of your body. This is a seeming paradox because life on earth cannot exist without oxygen, but oxygen is a primary cause of death and disease. The free radical theory of disease identifies that free radicals are at the root causes of cancer, parkinson’s, alzheimer’s, stroke, diabetes, AIDS, as well as the process of aging.

There are 2 kinds of antioxidants:

According to research, of these 5 endogenous antioxidants, the three most essential to the body are Catalase, Glutathione and Superoxide Dismutase. The reason is that when certain free radicals are present, the body can produce more of these 3 antioxidants as needed.

Alpha Lipoic Acid and Glutathione can maintain levels of exogenous antioxidants in the body longer, such as vitamin C and E.

Together, these 3 antioxidants can convert free radicals into oxygen and water, neutralizing them.

Glutathione can repair damage done to DNA. It is also the most abundant and important endogenous antioxidant. Glutathione modulates immune responses, in essence making the immune system work to its greatest potential. Glutathione kills cytotoxic T-cells. More than 6% of the body’s total ATP (biological energy) is used to synthesize and regulate intracellular gluthathione levels.

Glutathione is synthesized from 3 amino acids: L-Cysteine, L-Glutamic Acid and L-Glycine. Glutathione is very important during phase 2 of liver detoxification. Glutathione is a major heavy metal and xenobiotic toxin chelator. It is also vitally important for the synthesis and repair of DNA.

Every biological system in the body is affected by Glutathione’s powerful protective and regulatory abilities. Yet glutathione levels tend to decrease as we age, about 1% every year. Strong correlations exist between longevity and elevated glutathione levels.

The key thing to understand and remember is that toxicity, stress, chronic infections, excessive oxidative and free radical damage all decrease and exhaust the body’s ability to produce glutathione.

Certain foods contain glutathione in them: meat, fish, poultry, some fruits like blackberries and vegetables like asparagus and greens. Selenium is also a very important trace mineral that assists glutathione’s conjugation. The richest known source of selenium is found in Brazil Nuts.

Much research seems to suggest that the body cannot effectively metabolize glutathione from a supplement form. A very popular supplement called NAC (N-Acetyl Cysteine) may have an ability to raise glutathione levels. NAC is the precurssor to glutathione.

I am currently reviewing 2 glutathione precurssor products. One of these has been studied as a double-blind placebo crossover and to my knowledge is the only to actually show an increase in lymphocyte Glutathione levels as well as a near 300% increase of intracellular glutathione levels. In this study, this product was shown to reduce tumor necrosis alpha factor by 37% (major indicator of inflammation), significant increases in Growth Hormone and DHEA.