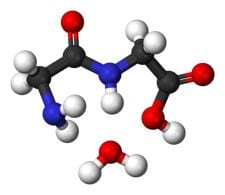 Last week I was telling you about the incredible antioxidant and detoxification capabilities of glutathione in the body. Glutathione is indeed  a vitally important antioxidant, being the most concentrated of the 5 endogenous antioxidants your body produces.

It is one of the key pieces of anti-aging and for preventing the potential damaging effects of free radicals. This is why there have been so many medical articles written about Glutathione. Because it exists inside of the human body, fortunately, no drug company can patent glutathione. But there are still ways to increase it in your body. To review:

I have been researching Glutathione and ways to increase its production in the body for years. Recently I have had a breakthrough discovery.

How to Raise Your Glutathione Levels

Glutathione is synthesized from 3 amino acids: L-Glutamine, L-Cysteine and L-Glycine. There is a highly complex process which conjugates glutathione in the body. Folate, Vitamin B-6 and B-12 are important for maintaining Glutathione levels.

Certain nutritional supplements called N-Acetyl Cysteine (NAC) may help boost glutathione levels. However, of all the extensive research I’ve been doing, I have yet to find any detailed medical studies which show that NAC actually raises glutathione levels.

So I have reviewed 2 nutritional supplements which claim to raise glutathione levels. The 1st product I used with some clients and it received mixed reviews.

The second product really caught my attention. It originally came referred to me by a nutrition colleague of mine with 30 years of experience, whose opinions and knowledge I highly respect. He told me that he took this product continuously for 2 years straight. During that time, he monitored his elemental deposits of toxic metals such as mercury, cadmium and lead with a hair test every 3 months.

During these 2 years, he continuously was mobilizing and detoxifying very large amounts of these toxic metals. When he stopped the protocol after 2 years, his body was no longer detoxifying these metals. He recently went back onto the Glutathione product and once again began to mobilize large amounts of metals, especially cadmium.

He now recommends all new patients use this product.

I began doing more research into this product. I discovered that it had been tested through a double-blind placebo controlled crossover study, which many consider the gold standard of clinical trials. In fact, this Glutathione precurssor was so effective, it was shown on average to raise intracellular Glutathione levels by nearly 300%! The study also revelaed that on average, the product raised DHEA (a critical adrenal hormone) by 46%! And testing subjects experienced a 37% decrease in tumor necrosis factor (TNF), one of the 3 greatest factors of inflammation.

I have 2 other colleagues that have been recently using this product. They both report very positive feedback in just short periods of time from their clients. One report was that for the first couple of days after initiating dosage, some people reported feeling groggy, tired and fatigued. When glutathione levels are increased, and toxic metals begin to mobilize, these symptoms are common.

Within another few days, many clients reported increased energy and mental clarity. One report was that they could taste metal in their mouth, another sign of metal detoxification.

Are you interested in ordering this product?  I have a specific protocol that I am using with this product to make it even more effective.