Genetic Variants That May Cause Vaccine Injury 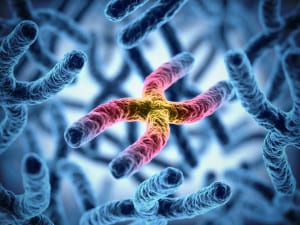 A number of genetic mutations have surfaced in recent years, which have been studied in relationship to vaccine injury. This information could help both patients as well as physicians make more informed and science-based decisions regarding vaccination.

Vaccine injury has become a hotly debated topic in recent years. In the United States, physicians as well as vaccine manufacturers are exempt from liability when vaccine injury occurs. Instead, the issue of vaccine injury remuneration is an entirely socialized affair, paid for by federal taxpayer dollars, through the 1986 National Vaccine Injury Act. To date, there has been more than 3 billion dollars paid out to vaccine injured individuals. Many of these  injuries include death, permanent disability and serious autoimmune conditions such as guillain barre syndrome. Not all types of vaccine injury qualifies for financial claim, however, and the process of reporting such reactions have limited qualifications. At the same time it is believed that vaccine injury is significantly under-reported, as many vaccine injury symptoms can be delayed several weeks or longer, making identification of such injuries difficult or impossible to detect.

The US Supreme Court has ruled that vaccines are “unavoidably unsafe”. However, with the advent of recent genetics research, the term “unavoidably unsafe” may be outdated and no longer applicable. A number of studies in recent years have surfaced, identifying statistically significant genetic risk factors, which predispose certain at-risk individuals towards vaccine injury. Consequently, these risk factors should serve as criteria for vaccine medical exemption.

Our bodies are not wired the same. The concept of biochemical individuality was elucidated by the early physicians of the mediterranean such as Galen and Hippocrates. It was Hippocrates who stated: “that infinitely variable organism without which human disease is impossible”, and Galen: “no cause can be efficient without an aptitude of the body”. A fundamental question posited by physicians throughout history has been: why doesn’t everyone exposed to a disease contract a disease?

With the extraordinary amount of genetic research in recent decades has come a clear understanding that genetic variations will significantly influence how a person’s body will respond to various drugs, surgeries, and medical procedures. For example, status of certain CYP1B1 gene variants are understood to affect the metabolism of hormonal drugs such as estrogen and progesterone, and may predispose carriers of these genes to certain types of cancers (1,2). Variations in the CYP1A2 gene can alter the metabolism of caffeine. Other gene variations such as GSTP1, CYP1B1 & CYP2B6 can alter how certain chemotherapy drugs affect patients, leading to reduced drug efficacy (3, 4). Variations in VKORC1 have shown to increase a person’s toxicity to warfarin (5). In the literature there are literally thousands of studies demonstrating how genetic variations alter drug metabolism, as well as medical interventions. A recent study even identified CPT1A genetic variants that enable the Greenland Inuit to metabolize fats differently than other populations (6).

The implementation of how these genetic risk factors are used clinically, however, has not yet been widely applied into medical practice.

It is quite clear that humans are not wired identically, and in fact our genetic differences can play significant roles in our health, our disease susceptibility, as well as how our bodies uniquely respond to various pharmacological agents, foods and nutrients.

The same is true for vaccines.

The bulk of studies that have found associations between specific genetic variants and vaccine injury have identified genes related to immunological responses, as well as those associated with autoimmunity, and methylation. This makes sense, given that vaccines induce immunological reactions from both humoral (antibody-based immune reactions), as well as cell-mediated immune activation (immune responses involving cell-mediated inflammatory activity).

It has been well known that certain autoimmune processes can be triggered by vaccinations. This may be especially true of lupus (8, 9), rheumatoid arthritis (10, 11, 12), macrophagic myofascitis (13, 14), Guillain Barre syndrome (15, 16), among others.

Modern genetics research has elucidated some of these heritable risks through the identification of the above-mentioned class of HLA gene variants. The HLA class of genes are strongly implicated in autoimmune processes. HLA’s are involved in the detection and removal of antigens during infection. They signal various immunological responses to T-cells. Imbalances between the TH1 and TH2 immune branches are hallmark features of autoimmune processes.

IL4 is a cytokine (immunologic signaling protein) involved in the cell-mediated inflammatory immune response. IRF1, is a transcription factor, involved in the release of cytotoxic interferon, and cell apoptosis (cell-programmed death). The MTHFR 677 variant identified in this study is central to the methylation cycle, folate metabolism, DNA repair, cell proliferation, as well as phase 2 detoxification reactions.

A 2014 study (Feenstra, et al) looked at the association of genetic variants among children who developed MMR-related febrile seizures (20). The study found statistically significant associations with risk alleles for 5 genes with the following SNPs:

Other studies have identified additional cytokine-mediated genes, such as IL-1 and IL-18  as being involved in adverse vaccine reactions (18).

The Urgency & Necessity of Individualized Medicine

We live at a time of great scientific progress. The advent of genetics research in recent decades has resulted in an extraordinary exploration into the microcosmic factors operative in health and disease. It has the capacity to transform medicine and technology for the coming future.

Yet in many respects, the way medicine is practiced hasn’t evolved much. It clings to and maintains its many traditions and practices, many of which are outdated, dogmatic, un-scientific and non-specific. Consequently, western-based medicine features an inordinate degree of iatrogenesis, injury, harm and even death from its own treatments. There are many who flat out reject western medicine due to this.

In order for any institution to survive, it must be willing to deconstruct itself. There is an urgency for medicine to become genetically individualized, and by doing so, the cost of healthcare will plummet, because unnecessary and dangerous drugs will be avoided by the people who need to avoid them. The hope is that the great abyss between scientific research and medical practice will be lessened.

Direct-to-consumer companies have entered the marketplace, and with this has come the ability for consumers to test aspects of their genome for very reasonable costs. Many consumers prefer this method, out of fears that medical diagnostics could in some way affect their insurance premiums. 23andme is one such company, that many consumers use for genetic screening. In order to make sense of the genomic, raw data file that comes with 23andme results, users need to use a software program capable of decoding and analyzing the data file.

The Metabolic Healing Nutrigenomics report is one report that consumers can purchase, which enables users to learn the status of certain gene variants, including 6 genetic variants that have been studied in association with vaccine-related injury.