Food Cravings: What They Are Telling You 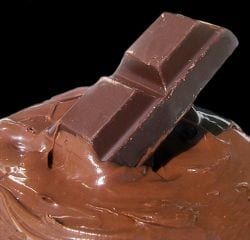 Food cravings are an opportunity to listen to your body and to identify what your body is telling you about nutrient deficiencies and your body’s nutritional needs. In my nutrition practice, I always teach my clients the importance of listening to one’s body and developing one’s ‘nutritional intuition’.

A food craving will often result in what is called ‘the peptide effect’. The peptide effect is a release of various opioid substances after ingesting certain foods. These opioids can disrupt normal gut function as well as interfere with neurochemicals in the brain.

A common food that stimulates the release of opiates are glutenous-containing grains such as wheat. The gliadin in the wheat gluten will cause the release of the peptide opiate gliadorphin. This particular peptide has been found to damage the gut ecology of autistic children and to impede upon brain function. Another common opiate is derived from casein, which is found in dairy. For certain individuals, this casein-derived peptide can release high amounts of pro-inflammatory mediators such as Histamine. This may be especially true for autistic children, and schizophrenics.

ExcitoToxins Such as MSG, Aspartame

Neurosurgeon Russell Blaylock, MD has identified that an excitotoxin is a food additive that has a powerful, drug like effect in the body, which also has the ability to over-excite cells and create the breeding ground for disease. MSG (monosodium Glutamate) and Aspartame are the two most common excitotoxins. According to Blaylock, they cross the blood-brain barrier causing havoc on brain cells and brain neurochemicals, fueling addictive dependency and damging health in a number of ways.

What Cravings Are Telling You

The most common food cravings that I encounter in my practice are cravings for sugar, carbohydrates and chocolate. Sugar and carbohydrate cravings are very similar because all forms of carbohydrates (grains, starches) will break down into sugar in the body.

if you have cravings for sugar and/or carbohydrates it is very likely because your body is not producing efficient energy from the foods you’re eating. The fastest way the body can get energy is from sugar. If there is insufficient energy being produced from your meals, you are likely going to have sugar cravings.

Since no one person has exactly the same nutritional needs, it is most important to understand your type of metabolism.

Lendon Smith, MD identified that cravings for chocolate correlate directly with a need for magnesium. Its important to note also that chocolate contains both magnesium as well as stimulants such as theobromine. Chocolate also causes the formation of the neurotransmitter dopamine as well as certain substances such as anandamide.

There is something to be said for how food cravings can have an emotional component. Understanding that certain foods can have opioid effects tells you that brain chemicals and neurotransmitters are being manipulated.

For some people, food cravings can be very intense. Eating correctly for your body’s type of metabolism is a critical and fundamental starting point for being able to correct food cravings. There are endless supplements that purport to help sugar cravings. I personally feel these are mostly a waste of money.

As you begin to look at and understand the basic workings of metabolism, you learn that food cravings are a direct result of inefficient metabolic pathways. When you put the correct grade of fuel in your body’s metabolic engines, enery is produced more efficiently, hormones work smoother, blood sugar becomes more regulated and the brain’s neurochemicals are being produced more efficiently.