Follow Your ‘Gut Instincts’: What Your Digestive Symptoms Are Telling You 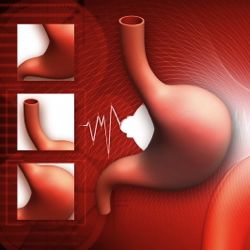 Learning to listen to the signals that your body is sending you is one of the important keys to understanding what your symptoms mean, and how you can eliminate them. This is especially true for symptoms associated with digestive distress. There can be many digestive symptoms a person experiences: bloating, gas, indigestion, upper abdominal tightness after eating, loose stools, undigested food in stools, lower bowel gas, abdominal pain, blood in stools, constipation, diarrhea, are some of the most common people experience. This article will explore the 3 most common gut symptoms.

Exploring Digestive Symptoms & What They Mean

First, I recommend watching my video on the basic functions of the digestive processes, in order  to become more familiar with the different organs and the roles they play.

Reflux is most often corrected by adding acid to the stomach rather than taking it away. It is seemingly paradoxical that acid in the esophagus is actually caused by too little stomach acid. Many researchers believe acid projects into the throat because of an esophageal triggering mechanism, signaling the sphincter to open. The theory contends that because a lack of acid exists in the stomach, the sphincter is triggered to open.

The stomach must always exist in an acid pH. If the pH of the stomach is consistently too high, this negatively affects the entire digestive process. Low stomach acid is potentially part of a much larger issue, which extends beyond the digestive tract.

Hypochlorhydria, low stomach acid, is an increasingly common issue where the pH of the stomach is not acid enough. This can be due to a number of factors, including a deficiency of certain electrolytes such as chloride and/or sodium. Other research points to the stomach bacteria, H. Pylori as being a causative factor in hypochlorhydria, through mechanisms not clearly understood.

This symptom could also be caused due to a lack of stomach acid, although there could be other factors involved. One possible factor is a deficiency of pancreatic enzymes.

The pancreas is signaled by the hormone CCK (cholecystokinin) to produce pancreatic enzymes, which when released into the upper part of the small intestine called the duodenum, effectively break down protein, fat and carbohydrates.

To review some of the basic and important components of digestion: The pre-digestion of food takes place in the top portion of the stomach. Here, salivary enzymes and any food enzymes present will pre-digest food before acidification takes place. Somewhere between 30-60 minutes after food is consumed, the stomach’s parietal cells should produce hydrochloric acid. Production of this vital acid is often depressed amongst so many people.

The partially digested and acidified food makes its way into the duodenum as it is slowly released by the opening of the pyloric sphincter. Here, the duodenal cells release CCK, which then tells the pancreas how much pancreatic lipase (for fats), protease (for protein) and amylase (for carbohydrates) are necessary.

The pancreas must generate enough enzymes otherwise food will not properly be assimilated. This process is energy expensive.

Cholecystokinin (CCK) and secretin signal to the pancreas how many enzymes are required to digest the food coming through. Apparently, these hormones carry information to the pancreas regarding how much pre-digestion has taken place in the stomach.

The major points to grasp is that if the stomach is not acid enough, this could augment pancreatic enzyme production. Also, the organ may not be capable of producing enough enzymes for any number of reasons. Many people experience relief from upper GI tightness by taking pancreatic enzymes.

Another possibility with regards to upper abdominal tightness is a liver-related issue, possibly falling on the side of a bile deficiency.

Of your liver’s 500 functions, its production of bile is one of the most important. Bile is an essential “de-greaser” and “emulsifier” of dietary fats. Bile is also essential for the utilization of the fat soluble vitamins A, D, E and K. The bile that is produced by your liver also contains conjugated “already used” hormones, toxins, foreign chemicals and heavy metals.

Bile emulsifies fat, increasing fat absorption. Bile also contains the conjugated toxins from the 2 phases of liver detoxification. These toxins may include carcinogens, xenobiotic chemicals, pharmaceuticals and heavy metals like mercury, aluminum and lead. When hemoglobin is broken down in the liver, bilirubin is conjugated and excreted through the bile.

Constipation is a symptom that can be caused by multiple factors. Regular bowel evacuation is critical for the elimination of toxins from the body. A failure to have regular bowel movements can result in autointoxication, the overgrowth of putrefactive bacteria and can induce toxic buildup.

If constipation has its origin in digestive malfunction, the factors worth investigating first would be:

Increasing the amount of fiber in your diet can have some benefit. But this isn’t always the solution to the problem.

Consider that many people living in modern society are very toxic and often have very toxic bowels. Dysbiosis, leaky gut, colitis, Crohn’s and villous atrophy are all common conditions which can develop from symptoms such as constipation. Such conditions can wreak havoc on the digestive system, can impair the GI mucosal immune system, and can lead to opportunistic, pathogenic infections.

Intensive gut healing must occur if normal, bowel function is to be restored. Gut healing is not a ‘one size fits all apporach’. It is something that has to be tailored to individual considerations.