Fear Mongering For Profit: Cholesterol & The Psychology Of Control 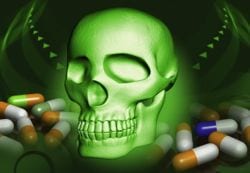 Physicians have stooped to dangerous new lows: recommending regular cholesterol screenings for growing children as young as 9 years of age. The new guidelines are supported and endorsed  by the National Blood and Lung Institute and the American Academy of Pediatrics. Children as young as 9 years old may be prescribed dangerous cholesterol-lowering medications known as statin drugs if total serum cholesterol levels rise above 200.

What is not discussed or even identified in the mainstream articles regarding these new guidelines is the essentiality of cholesterol’s functions in the body. In fact, cholesterol is among the most powerful and important substances the body produces. To halt the liver’s production of this critical lipid during important stages of a child’s development is wrong, dangerous, not to mention reckless and irresponsible on the part of physicians.

The entire issue of cholesterol education should be on the functionality of what cholesterol is doing in the body. Instead, an allopathic mainstream recklessly subdivides cholesterol as either “good” or “bad” without addressing what the number on the test is indicative of. Failing to address causation and functionality is representative of the total abandonment of actual science and logic and the replacement with unjustified fear mongering, profiteering and total disregard for the health of the individual, in this instance young children.

Has it ever occurred to you that the reason mainstream medicine places so much attention on total blood cholesterol levels may be due to the fact that cholesterol lowering drugs are the most financially profitable drugs in the history of medicine?

Cholesterol is either being transported from the liver to the tissues (via LDL) or cholesterol is being transported from the tissues back to the liver (via HDL). There is no such thing as “good” and “bad” cholesterol. To call LDL “good” and HDL “bad” is more than incorrect. The terms “good” and “bad” in this context are fictitious misrepresentations, which divide one’s mind into thinking of the duality of good and evil instead of recognizing the inherent essentiality of the lipo proteins’ functions as part of a cohesive and unified holistic system.

One may theorize that the terms “good cholesterol” and “bad cholesterol” were intentionally created out of the necessity to impart a sense of division in the mind of the patient and to invoke a sense of fear. If so, it certainly has worked quite well given the profit margin for the sale of statin drugs.

Research conducted over the past 2 decades clearly demonstrates the powerful antioxidant effects of cholesterol, cholesterol sulfate and cholesterol phosphate in the tissues, including its ability to neutralize numerous pathological fatty acids. Cholesterol in the tissues effectively neutralizes pro-inflammatory fatty acids, before they can oxidize and generate harmful free radicals.

To halt the liver’s production of this vital lipidic antioxidant is equivalent to preventing a firefighter from putting out a fire and allowing the fire to burn the house down. Not only that, calling LDL cholesterol “bad” is equivalent to calling the firefighter who is attempting to stop the burning house “a bad firefighter”. The logic is totally absurd. Yet it is this logic, or rather illogic that predominates in medicine today.

What Is Cholesterol & How Important Are Its Functions, Especially For Children?

Cholesterol is known as a sterol lipid. How important is cholesterol? Consider that:

The Recklessness Of Allopathic Medicine

Despite the science which conclusively demonstrates the life-giving and life-saving effects of cholesterol, the profits continue to roll in the door for pharmacology. As the baby boomer generation begins to fade out of existence, pharmacology turns its attention to a younger generation: a generation who has inherited the diseases of modern man, the poor eating habits of their parents, and the pharmaceutical habits of their parents and grandparents.

Cholesterol-lowering medications have very dangerous and very real side effects for all people. To allow children to take these dangerous medications is reckless and irresponsible. Not to mention, depriving a developing child of one of the most vital substances for their development may result in class action litigation.