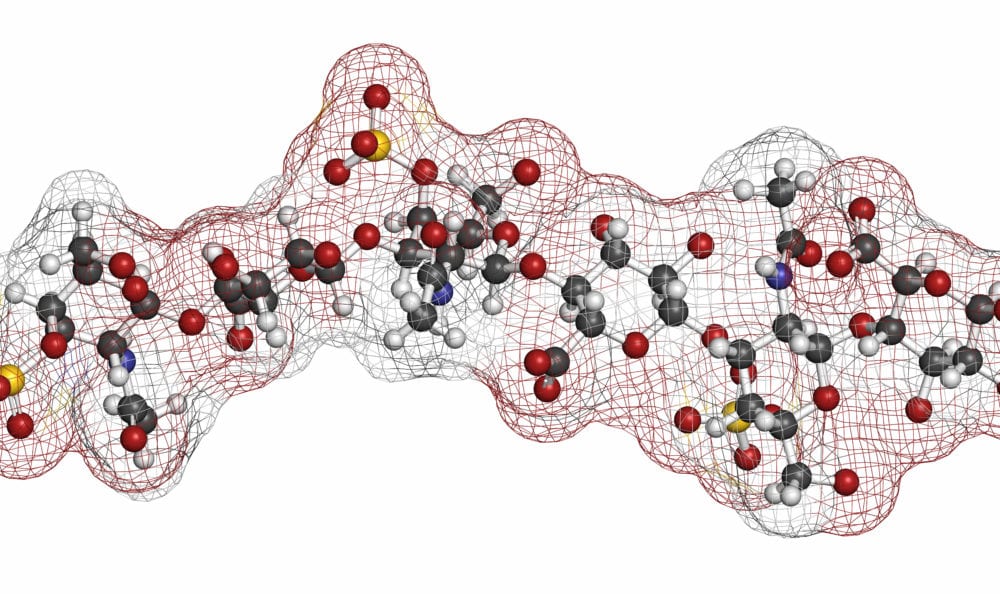 The extracellular matrix (ECM) is arguably the most neglected aspect of human physiology, yet is one of the most important. The ECM is a compartment comprised of sugars in the form of polysaccharides, collagen, glycosaminoglycans and electrolyte solution, as well as lymphatic vessels. The ECM is integral to the function of cells, including cell-to-cell communication, cell plasticity, cell behavior, operations related to the life cycle of the cell, as well as the utilization of many of the body’s growth factors. Dysregulated extracellular matrices are characteristic of many diseases.

Heavy metal and chemical toxins, fluoroquinolones antibiotics as well as mycotoxins and mold toxicity, and various pathogens cause damage to the ECM through the activation of various metalloproteinases or activation of inflammatory cytokines. Therapeutic modulation of the ECM will lead to effective treatments of many diseases and complex illnesses.

A wonderful and fascinating book, ‘Matrix & Matrix Regulation, Basis for a Holistic Theory in Medicine’ by Pischinger, MD opens with the statement:

“Strictly speaking, the cell concept is only a morphological abstraction. Seen biologically, it cannot be accepted without the vital environment of the cell.”

Western physiology has the habit of reducing the function of the cell to an incomprehensible maze of cellular biology. This has led to the discovery of elaborate biochemistry pathways, as well as the extraordinary study of the human genome. With these intricate studies, the extracellular environment has largely been neglected. Yet the extracellular environment plays a vital, governing and inseparable role in the function of the cell.

A dysfunctional extracellular matrix is also a hallmark of connective tissue diseases, as well as hypermobility syndromes such as Ehlers Danlos Syndrome and Marfans Syndrome. Fibroblasts are the primary connective tissue cells responsible for the synthesis of collagen and the extracellular matrix. Fibroblasts are highly sensitive to extracellular ATP as well as oxygenation status (1). Research by Naviaux indicates that extracellular ATP is strongly etiological in the manifestations of autism, as well as the associated biochemical and metabolic pathway aberrations (2). Does modulating the ECM serve as a critical component to resolving chronic illness?

The ECM is integral in the regulation of the body’s growth factors. Tenascin-X (TNXB) is the largest glycoprotein in the extracellular matrix. It is essential in the formation of collagen, cell adhesion to the ECM, as well as the architecture and structure of the ECM. Deficiencies of TNXB cause hyperelasticity of skin as well as hypermobile joints. The TGFß (transforming growth factor beta) family plays a significant role in a wide range of cell activities including: cell differentiation, cell survival, cell migration, collagen transcription, wound healing and embryonic development. TGFß is also integral in immune modulation, including the balance between TH1/TH2/TH17. Domains within the TNXB gene modulate the utilization, maturation and transcription of TGFß  (3, 4). Therefore, we would expect to see considerable physiological problems arise due to disruption of TNXB and the ECM.

A 2017 paper published by Stephanie Seneff and Anthony Samsel identified how the toxic chemical glyphosate may replace the amino acid glycine, or be integrated in its place of protein synthesis (5). Additionally significant is that glyphosate tends to accumulate in animal bone, collagen, marrow and ligaments. Glycine is by far the most abundant amino acid within collagen. Seneff and Samel argue that glyphosate incorporation into collagen leads to an inability for proteolytic processes to degrade it, leading to a potential autoimmune attack against the collagen itself. Alarmingly, this same paper presented the first published evidence of glyphosate found in a number of widely used vaccines, including MMR.

In 2016 I attended a seminar by a brilliant doctor, Keith Berndtson, MD on the effects, testing and treatment for mold exposure. In that presentation he briefly mentioned EDS (Ehlers Danlos Syndrome), a hypermobility disorder. What is the relevance of EDS with regards to mold illness?

For one, mold can create an activation of metalloproteinases, such as MMP9. MMP9 is chiefly involved in the degradation of the extracellular matrix, and the sequential infiltration of immune cells through the ECM. Second, TGFß-1 and VEGF may be dysregulated in mold illness or CIRS (chronic inflammatory response syndrome). Remember that the ECM plays essential roles in how these growth factors differentiate, mature and are utilized.

Positively charged toxic elements such as aluminum, lead, copper, cadmium and mercury will be attracted towards the negatively charged sulfates which are found in rich concentrations within the ECM. Mercury is one of the most toxic elements, and a considerably common toxicant. Mercury has been studied in relationship with MMP9, MMP2, as well as in the metalloproteinase inhibitors TIMP1 and TIMP2. TIMP1 and TIMP2 were found negatively associated with whole blood mercury levels, suggesting that mercury might inhibit the enzymes that suppress MMP9 and MMP2 (6).  In vitro studies on synovial cells found that mercury and other toxic metals inhibited collagen accumulation (7).

Borrelia burgdorferi, the pathogen that causes Lyme disease acts in part by triggering the release of metalloproteinases such as MMP9, which enables the degradation of collagen and the ECM (10, 11). The release of metalloproteinases in Lyme disease is associated with the onset of Lyme arthritis. Its largely understood that the ECM becomes a central hiding place for borrelia. This takes place by borrelia highjacking the body’s plasminogen system, which allows for plasmin to degrade ECM glycoproteins within the ECM (11). The net effect is Lyme bacteria evading the patrolling immune cells

The class of antibiotics known as Fluoroquinolones (such as Cipro) are known to cause changes to the extracellular matrix, increase metalloproteinases (which degrade the ECM), and can lead to degradation of collagen and tendon rupture (8, 9). Additionally, research has found associations between fluoroquinolones and aortic aneurysm and retinal detachment (9).  It would stand to reason that individuals with a predisposition to having a compromised extracellular matrix (such as joint hypermobility, Ehlers Danlos Syndrome or Marfans) would be the highest risk populations for the greatest toxicity to fluoroquinolones.

Of particular interest when discussing various toxicants is the importance of the lymphatic system. The lymphatic system runs its course through the extracellular matrices, namely through connective tissues. The highways and tributaries of the lymphatic vessels remove metabolic waste products and toxins from parenchymal cells (cells which comprise the functional parts of an organ). Therefore, any pre-existing compromise to the structure and function of connective tissues and collagen will influence the transportation of toxins leading out through the lymphatics.

Mast cell disorders, sometimes referred to as MCAD or MCAS involve the activation and degranulation of mast cells, which trigger numerous symptoms and complications. Mast cells are essentially immune balloons filled with histamine, and are major players in allergic responses. Extracellular ATP, which is released by mitochondrial as part of a cell defense mechanism is integral in the degranulation (breakdown) of mast cells (12, 13).

Additionally interesting is that mast cells can create adhesive binding to ECM proteins, which activate numerous inflammatory cytokines. This is significant because it highlights the probability of mast cell activation following tissue injury, as well as toxin exposure to the ECM (14).

Hypermobility & The ECM – Genetics: The Loaded Gun & The Environmental Trigger

A key point to understand is that individuals who have joint hypermobility such as EDS or marfans are predisposed towards having a structurally compromised extracellular matrix. This means there are varying degrees of collagen deficiencies (defined by the type of collagen), possible growth factor abnormalities, and consequently a greater susceptibility to toxins, infections and aberrant immune reactions.

As already pointed out, various toxins can lead to damage and destruction of the extracellular matrix. From the clinical perspective, an increased awareness of joint hypermobility has lead to understanding the relationship between severity of illness and the presence of hypermobility manifestations.

These observations make sense. Because of the cruciality of the ECM for normal physiological function, any degree of compromise to it will predispose towards enhanced toxicity and disordered cell behavior. See THIS article for more on the hypermobility subject.

How To Improve The Extracellular Matrix Using Nutrition & Functional Medicine

The question remains: what can be done about the role of the ECM in chronic illness? The answer largely depends on the degree and type of ECM dysregulation.