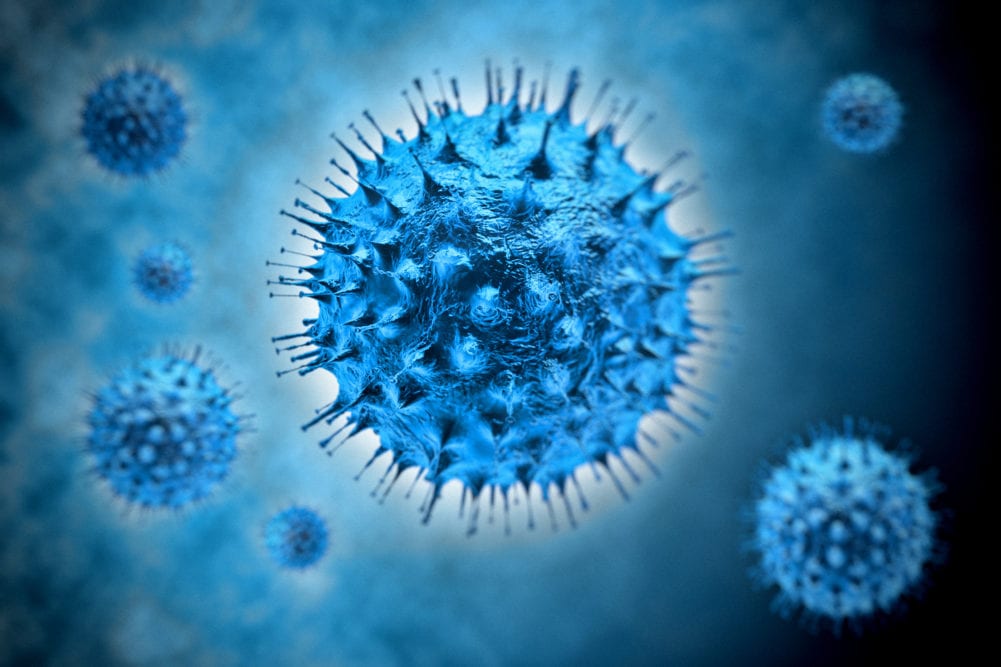 Sex hormones possess interplay between immunomodulation (1). Studies have shown that CD8 deficiency may underlie numerous autoimmune diseases (3). CD8 is a type of immune protein that binds to MHC class 1 cell surface proteins. Activation of MHC-1 is centrally involved in the cell mediated inflammatory response to antigens such as viruses.

It is suspected that women have a greater predisposition to autoimmune disease because of estrogen’s ability to reduce CD8, thereby reducing the immune system’s ability to fight the infection (2).

Immunologic, inflammatory processes such as cyclooxygenase can effectively upregulate the aromatase enzyme, which converts androgens such as testosterone into estrogens such as estradiol (4).

Several studies have reported on the effects and associations between viruses and estrogen metabolism.

It has been shown that epstein barr virus is capable of increasing aromatase, favoring elevations in circulating estrogen (7, 8).

A study on mice found that Herpes Simplex 1 (HSV1) can be reactivated with administration of estradiol (10).

Of further interest is that hepatitis B and C has shown to increase the function of CYP1B1, an enzyme that hydroxylates estrone and estradiol into 4OHE1 and 4OHE2, respectively. The 4OH estrogen is a “putative carcinogen” because it can react with DNA and cause unstable DNA adducts to form (9).

This is further evidence to the estrogenic-inducing effects of certain viruses.

The nutraceutical compound DIM is used and marketed for anti-estrogenic purposes.

Interestingly, there is evidence that  DIM (di-indolylmethane) not only reduces cell proliferative estrogen metabolites but also is antiviral. DIM was found to increase the antiviral cytokine interferon gamma, while increasing the expression of MHC-1 (11). The same study found that DIM was able to expedite the clearance of reovirus from the gut while simultaneously modulating mucosal IgA.

Remarkably, bitter melon has also been found to possess anti-viral effects against influenza A, as well as HIV (14, 15).

MAP30, one of the bitter melon constituents has been proposed as effective against active HSV infections as well as HSV viral replication (16).

The relationship between viruses and estrogen metabolism is established. Is it possible that selected nutraceuticals and herbal medicines may effectively be used to attenuate both viral and estrogen effects simultaneously? Clearly more research is warranted.