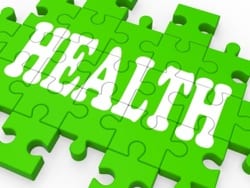 Type 2 diabetes is a result of insulin resistance. In such a case, the insulin receptors on cells are not sensitive to the insulin in the blood. Consequently, the glucose that the insulin carries cannot efficiently be transported into cells. In many cases there is an intracellular glucose deficiency, while the extracellular glucose (in the blood) remains elevated. If this scenario is playing out, in certain individuals there are curious symptoms of hypoglycemia, despite elevations in serum glucose.

For years, I have explained that hypoglycemia does not mean “low blood sugar”, but rather “inefficient use of glucose to make energy”. If the cells are deprived of glucose, energy metabolism is severely compromised. If the tissues, nerves and blood vessels are over-exposed to glucose, neuropathy can develop. Prolonged exposure to glucose has damaging effects on the brain, kidneys, extremities, heart, eyes and immune system.

Correcting your diet is fundamentally the most essential component here. For years I have emphasized the absolute essentiality of an individualized approach to diet and food practices. Experience has demonstrated that quite clearly there is no “one size fits all” dietary approach. And in fact, your body’s nutritional requirements can be as unique as your fingerprints. Countless people have normalized elevated glucose levels using a high plant-based, pseudo vegetarian diet. Yet on the other extreme, countless people report the normalization of glucose with a high protein, low carb diet. And there are others who fall somewhere in the middle.

Unless you understand your body’s highly individual nutritional requirements, a person is playing nutritional roulette: not something that is recommended with a glucose related-issue.

Elimination of fried foods from the diet is critical to prevent the formation of AGE’s (advanced glycation end products), which are powerfully inflammatory.

Vitamin D has shown in various studies to have protective effects against diabetes type 2 development. A recent study found that 50,000 IU of Vitamin D3 weekly resulted in significant improvements in fasting glucose and insulin. This suggests that Vitamin D may play a crucial role in cellular glucose uptake.

Proteolytic enzymes such as bromelain, serrapeptase and pancreatin may greatly reduce inflammation and the symptoms associated with inflammation such as high fibrinogen, swelling and pain. A large assortment of anti-inflammatory botanicals exist such as: turmeric, ginger, boswellia, cordyceps, goldenseal, to name a few. Each of these herbs function as anti-inflammatory in various ways. The herb coleus has shown to reduce inflammation, blood pressure, act to dilate blood vessels and may be effective against glaucoma.

Realize that in terms of anti-inflammatory actions, the primary intracellular antioxidants are crucial. The elevated levels of oxidative stress among diabetics warrants a greater need for the body’s “homemade” antioxidants: glutathione, SOD, catalase, alpha lipoic acid, CoQ10. Due to high metabolic demands, these antioxidants need to exist abundantly in the high energy-performance organs: liver, kidneys, heart and lungs. R-Lipoic acid is well established to have potent antioxidant effects among those with diabetes.

It is essential to point out that glucose levels are not only influenced by dietary factors, but also are influenced by hormones. There are 8 primary hormones that directly influence glucose levels, 2 which lower glucose and 6 which raise glucose. Insulin and somatostatin are the only 2 hormones which can lower glucose. The hormones which can raise glucose are: cortisol, thyroid hormone, ACTH, growth hormone, adrenaline and glucagon.

Of these 8 hormones, 5 are produced directly by HPA or HPT axis endocrine glands. The body’s primary stress hormones ACTH, cortisol, adrenaline can each raise glucose levels, as well as interact with other hormones in the HPA/HPT axis.

This is why getting the cyclical stress response under control is imperative. Prolonged exposure to stress hormones such as cortisol is well documented to suppress immune functions, and increase catabolic activities.

A variety of nutritional strategies exist for helping the body deal with stress. Adaptogenic and tonifying herbs can be very powerful. These may include: ashwagandha, scizandra, eleuthero, rehmannia, to name a few. Skullcap is often used to reduce anxiety and to function as an anti-spasmodic. Adrenal support can also involve the use of phosphatidylserine and other phospholipids such as choline. Phospholipids have countless benefits beyond supporting the adrenal response, including brain function and healthy gut function.

Many type 2 diabetics may develop low thyroid function, or the low thyroid output may be involved in the development of insulin resistance. I postulate that with the rise in glucose and rise in stress hormones, thyroid function is inexorably affected as a result. Maintaining adequate thyroid hormone function is pivotal for metabolic efficiency.

The liver is a massive organ with countless functions. With regards to blood sugar handling, the liver is responsible for storing and releasing glycogen, the release of which raises plasma glucose. Additionally, the liver processes metabolic toxins, degrades hormones and synthesizes new hormones. Most of the thyroid T4 to T3 conversion takes place in the liver.

Due to diabetic complications involving lipid and blood sugar dysregulation, fatty liver may develop, and this can lead to impaired liver function, biliary stasis and bile insufficiency. Additionally, any of the 2 phases of liver detoxification cycles may be affected by diabetic complications. Of particular interest among type 2 diabetics is the frequency of decreased glucoronidation, a phase 2 liver detox pathway. Abnormal glucoronidation is seen among those with Gilbert’s Syndrome, and typically results in elevated bilirubin, suggesting biliary stasis. The use of calcium D-glucarate has been shown helpful at supporting the glucoronidation pathway.

Realize that if liver function is impaired, its ability to filter the blood of chemical, heavy metal and metabolic toxins is also impaired. The liver requires an assortment of nutrients to function, most notably are: amino acids, B-vitamins and water.

Dietary protein is crucial for the liver, and this should include B-vitamin rich animal protein sources, all forms of which are abundant in methyl and sulfur-containing amino acids such as methionine, cysteine and taurine. Eggs are an excellent source of both protein, as well as phospholipids and fat-soluble vitamin antioxidants: A, D, E, K.

Additionally, if liver function is impaired, the rate of benzene clearance may be impaired, and the breakdown products of benzene may become highly carcinogenic in a non-optimal liver.

Toxic metals such as lead, mercury, cadmium are associated with diabetes. Toxic metals are a major cause of epigenetic altercations to genetic expression, and have a compounded, damaging effect on all biological systems of the body.

A number of drugs are well established to cause insulin resistant diabetes and elevated glucose. For example, cholesterol-lowering drugs may elevate glucose as a primary side effect. These are especially true of statin drugs. Statins act by blocking the synthesis of cholesterol via the coenzyme A pathway. Most people are actually unaware of how vitally essential cholesterol is to the human body.

Certain blood pressure medications such as beta blockers and diuretics are known to increase diabetes risk factors. Other drugs known to cause elevated blood sugar include: corticosteroids, sex hormones, anti-psychotics.

Essential Tests Your Doctor Should Run But Isn’t

Its rather curious that despite having insulin resistant diabetes, most patient’s physicians never test their fasting insulin level. Rather curious wouldn’t you say? After all, if one has developed an insulin-resistant, hyperglycemic state, shouldn’t this crucial factor be routinely monitored? The truth is that there are no drugs that lower insulin and this is why doctors don’t test it. Allopathic medicine is about throwing drugs at people, managing diseases, and is clueless when it comes to improving biological functions. So if you can’t treat it with a drug, then why test it?

Despite this ignorance, the truth of the situation is that insulin matters immensely. Insulin is a powerfully inflammatory hormone when it is elevated. Even moderately elevated insulin increases Alzheimer’s risk.

When it comes to testing insulin, the laboratory reference ranges are notoriously inaccurate. They are extremely misleading if used. Ideally on’e fasting insulin is as low to zero as possible, ideally 1-5, Uiu/ml.

The chronic stress response when ongoing and in full throttle will directly and negatively affect thyroid function. Maintaining ideal thyroid and pituitary function is imperative for optimizing metabolic efficiency in every cell.

Unfortunately most physicians only test TSH (thyroid stimulating hormone), which is only one factor to monitor thyroid status, and an indirect factor at best. TSH is produced by the anterior pituitary and signals to the thyroid how much T4 to produce. Ideally, a thyroid panel would include: TSH, Free T3, Free T4, Total T4, Total T3, FTI (free thyroxine index), and occasional maintenance of antibodies to monitor autoimmune presentations.

A plethora of emerging and old studies have shown the essentiality of Vitamin D for pancreatic function and glucose regulation, as well as the powerful benefit to Vitamin D3 supplementation in diabetics. Vitamin D aids in the normalization of the immune response, calcium and phosphorous uptake, bone health and neuromuscular health. 25 Hydroxy Vitamin D values are ideally 40-90 ng/ml.

With the perpetual stress response in a diabetic, insulin-resistant state, normalizing cortisol rhythms are imperative. Unfortunately serum cortisol measures are insufficient because this hormone is bound to proteins in the blood which skews its true reading. Urinary and salivary cortisol studies are more significant.