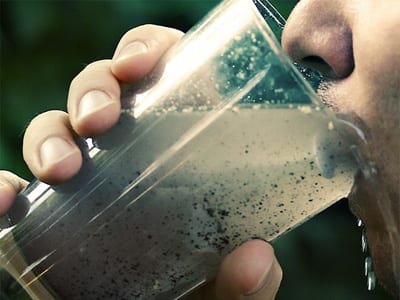 ‘U.S. Environmental Protection Agency Administrator Lisa P. Jackson today announced the agency’s decision to move forward with the development of a regulation for perchlorate to protect Americans from any potential health impacts, while also continuing to take steps to ensure the quality of the water they drink.

The decision to undertake a first-ever national standard for perchlorate reverses a decision made by the previous [Bush] administration and comes after Administrator Jackson ordered EPA scientists to undertake a thorough review of the emerging science of perchlorate. Perchlorate is both a naturally occurring and man-made chemical, and scientific research indicates that it may impact the normal function of the thyroid, which produces important developmental hormones. Thyroid hormones are critical to the normal development and growth of fetuses, infants and children. Based on this potential concern, EPA will move forward with proposing a formal rule. This process will include receiving input from key stakeholders as well as submitting any formal rule to a public comment process.’

Municipal tap water is very toxic in almost all major U.S. cities. If you are consuming or bathing in it in a raw, unfiltered form, you are being exposed to a long list of chemicals and toxic metals which can and will damage your health in a number of ways. Perchlorate, a volatile petrochemical is coming under scrutiny by the EPA.

Thanks to public concern, and input from nearly 39,000 public comments, the EPA is finally doing something with regards to the perchlorate issue.

And while the EPA is doing the mop up work, the corporations that are responsible for the poisons usually get nothing more than a slap on the wrist fine.

Former president, George W. Bush was largely responsible for the de-regulation of the perchlorate industry, thanks to a 2008 decision.

“There’s going to be a lot of scrutiny of the standard because, again, we are looking at but one of several precursors that can affect iodine uptake in the thyroid,” said EPA administrator Lisa Jackson. “It’s the first time we’ve ever regulated a chemical not because of what it does directly to you, but because it has an impact on iodine uptake that might affect your child down the road.”

The new standards will also give rise to a second EPA action, which will address the rise of 16 other toxic chemicals in municipal water, including VOC’s like industry solvents and trichloroethylene.

The EPA’s actions come weeks after the CDC and EPA announced a lowering of sodium fluoride from municipal water, the first in more than 50 years.

Ironically the EPA made no comment about the inhibiting effect of fluoride on the thyroid gland’s uptake of iodine. This may be due to the fact that the U.S. government has had an ongoing propaganda campaign for fluoride use for several decades.

This of course is due to the fact that the government has been long time bed-fellows with the sources of fluoride toxicity, chiefly the mining industries, since the time of the Manhattan Project.

The ability or inability for certain government agencies to act with regards to chemical toxicity, is largely dependent on the relationship the government has with massive industrial powers.

Sources for this article: