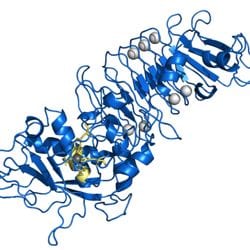 Enzymes are the catalysts for energy production. They initiate and regulate metabolic processes in the body. Certain enzymes are used to digest food. Other enzymes are used in metabolic activity, including those involved in regulating inflammatory responses. This article is going to cover 2 primary classifications of enzymes: digestive enzymes and proteolytic enzymes.

Many people suffer from digestive inadequacies. This is a reality. Enzyme inefficiencies are one of many primary digestive distresses.

Digestion begins in the mouth with chewing your food. When you chew, saliva contains the carbohydrate enzyme amylase which initiates the digestive process. Neural lingual signals are sent to the stomach that food is about to enter. When food enters into the stomach, it can sit for up to an hour before the stomach begins producing hydrochloric acid.

Hydrochloric acid (HCL) is not for digesting food. HCL’s primary functions are to sterilize food and to trigger the stomach to produce pepsin. Pepsin is a protein digesting enzyme whose role is to break down protein into peptides.

For the first 30-60 minutes after eating, salivary enzymes and any plant enzymes present can hydrolyze (break down into various components) proteins, fats and carbohydrates. Some studies indicate that as many as 40-85% of starches can be digested before HCL production is initiated. This hydrolysis takes place when the stomach’s ph is not very acidic. When the stomach’s ph lowers to about 3.0 after HCL secretion, pepsin continues to work. When the partially digested food arrives in the pylorus (bottom part of the stomach), the contents move into the duodenum (beginning of the small intestine). Two hormones get released (cholecystokokinin and secretin) and trigger the pancreas to release enzymes as well as bicarbonate needed for the remainder of the digestive processes.

It is important to note that foods in a raw, non-denatured stated contain active enzymes, and can thus play an important role in the pre-digestive phases, prior to hydrochloric acid production.

High quality plant-based digestive enzymes taken at the start of cooked meals are capable of rapidly improving the breakdown of food in the pre-digestive phase, and can even be re-activated in the small intestine if still present.

Proteolytic enzymes have a very potent anti-inflammatory effect. They have been shown to inhibit the formation of fibroids, scar tissue, fibrinogen and excessive blood clotting. They offer tremendous potential for the rapid increase of the healing processes of the body.

Proteolytic enzymes such as serrapeptase powerfully inhibit inflammation in the body. There is much in the way of clinical evidence in studies to demonstrate serrapeptase’s potent effects.

Serratia peptidase, commonly called serrapeptase is an enzyme taken from the intestinal bacteria of silkworms. Many German, European and Japanese doctors have used serrapeptase for decades to reduce inflammatory responses in the body, which in many instances reduced or eliminated the need for NSAID’s such as aspirin and ibuprofen. Studies have demonstrated serrapeptase’s potent anti-inflammatory effects for a vast array of conditions including:

To my knowledge no clinical studies have been done with serrapeptase and cardiovascular disease. However there is much anecdotal evidence of its efficacy.

In 1902, the Scottish Embryoligist John Beard proposed that proteolytic, pancreatic enzymes were the body’s primary defense against cancer. Within a few years, pancreatic enzyme cancer clinics popped up all over London. Not too long after this, Madame Curie proposed radiation therapy for cancer patients and Dr. Beard’s work was soon lost in the tomes of medical history. Dr. Beard’s pancreatic enzyme therapy for cancer was re-evaluated in the 1960’s by William Donald Kelley, a dentist who had used Beard’s protocol to cure himself of pancreatic cancer. Kelley went on to become known as “the father of Metabolic Typing”. He offered individualized nutritional therapies for patients, mostly who had cancer.

There a variety of other proteolytic enzymes on the market including nattokinaise, commonly recommended as an anti-coagulant. I have heard very mixed reviews with this fermented soy-derived enzyme.

Bromelain from pineapple has been demonstrated to have potent anti-inflammatory properties, as well as fibrinolytic activity. Fibrinogen forms as a blood clotting agent produced by the liver. Excess fibrinogen is a primary cause of blood clotting, and is reflective of elevated levels of inflammation.

Not all enzyme supplements are made the same.